Though we don’t often recognize it, chemistry defines nearly every element of our everyday lives. 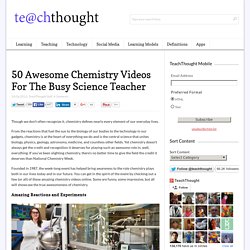 From the reactions that fuel the sun to the biology of our bodies to the technology in our gadgets, chemistry is at the heart of everything we do and is the central science that unites biology, physics, geology, astronomy, medicine, and countless other fields. Yet chemistry doesn’t always get the credit and recognition it deserves for playing such an awesome role in, well, everything. If you’ve been slighting chemistry, there’s no better time to give the field the credit it deserves than National Chemistry Week. Founded in 1987, the week-long event has helped bring awareness to the role chemistry plays both in our lives today and in our future. George Whitesides. In his legendary career in chemistry, George Whitesides has been a pioneer in microfabrication and nanoscale self-assembly. 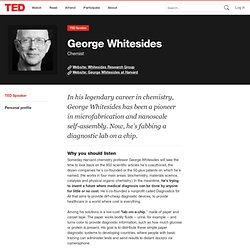 Now, he's fabbing a diagnostic lab on a chip. Why you should listen. Ramsey Musallam. Helen Fisher: The brain in love. Helen Fisher. Anthropologist Helen Fisher studies gender differences and the evolution of human emotions. 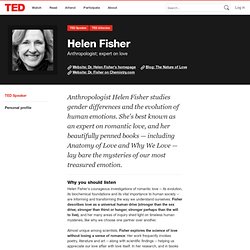 She's best known as an expert on romantic love, and her beautifully penned books — including Anatomy of Love and Why We Love — lay bare the mysteries of our most treasured emotion. Why you should listen Helen Fisher's courageous investigations of romantic love -- its evolution, its biochemical foundations and its vital importance to human society -- are informing and transforming the way we understand ourselves. Fisher describes love as a universal human drive (stronger than the sex drive; stronger than thirst or hunger; stronger perhaps than the will to live), and her many areas of inquiry shed light on timeless human mysteries, like why we choose one partner over another.

What others say. K_12_science_000.pdf.pdf. 9 Disturbing Side Effects of Soda. Diabetes Facts and Myths. Philadelphia-dma-diabetes-statistics-2009.pdf. Girl Rising. Water for Waslala - Dedicated to Providing Clean Water to Waslala, Nicaragua. Chemical Reactions - BIll Nye The Science Guy. Costa Rica Facts. Biodiversity-in-costa-rica. Biodiversity is a resource with enormous potential, both for intellectual and economic purposes and as an instrument for a country’s development. 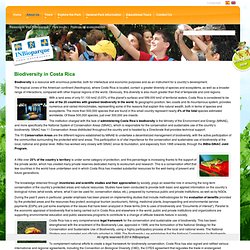 The tropical zones of the American continent (Neotropics), where Costa Rica is located, contain a greater diversity of species and ecosystems, as well as a broader range of interactions, compared with other tropical regions of the world. Obviously, this diversity is also much greater than that of temperate and cold regions. With a land area of only 51.100 km2 (0.03% of the planet’s surface) and 589.000 km2 of territorial waters, Costa Rica is considered to be one of the 20 countries with greatest biodiversity in the world.

Conservancy Magazine - Forever Costa Rica. For being one of the most biologically rich spots in the world. 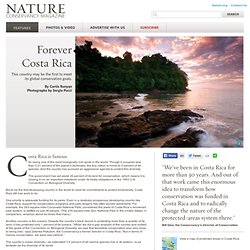 Though it occupies less than 0.01 percent of the planet’s landmass, the tiny nation is home to 5 percent of all species. And the country has pursued an aggressive agenda to protect this diversity. The government has set aside 26 percent of its land for conservation, which means it is closing in on an important milestone under its treaty obligations in the 1993 U.N. Convention on Biological Diversity.

But to be the first developing country in the world to meet its commitments to protect biodiversity, Costa Rica still has work to do. Sibu Chocolate - Costa Rica - Sibu Chocolate - Costa Rica. Brain-Chocolate Study Suggests Opium-Like Chemical Triggers M&M Cravings. By: Stephanie Pappas, LiveScience Senior Writer Published: 09/20/2012 12:22 PM EDT on LiveScience A part of the brain usually associated with movement may also control our responses to rewards, according to new research that finds stimulation of the region with an opium-like chemical can make rats gorge on M&M candies. 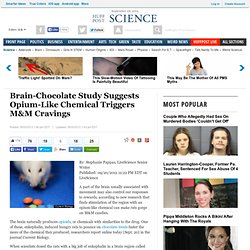 The brain naturally produces opioids, or chemicals with similarities to the drug. One of these, enkephalin, induced hungry rats to pounce on chocolate treats faster the more of the chemical they produced, researchers report online today (Sept. 20) in the journal Current Biology. Magazine: Chocolate: page 8. Page Eight. 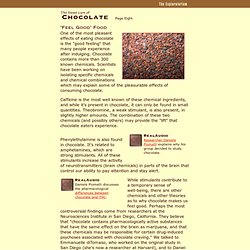 Why Your Brain Loves Chocolate. As mid-February rolls around, two subjects, hand in hand, start winding their way into our societal consciousness. 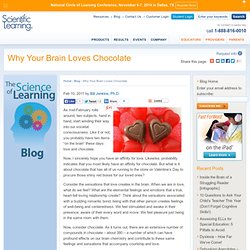 Like it or not, you probably have two items “on the brain” these days: love and chocolate. CNN Food: Come on, get happy... with chocolate's help. Chocolate and the Brain" Chocolate has all of the ingredients needed to make it a wonder drug. 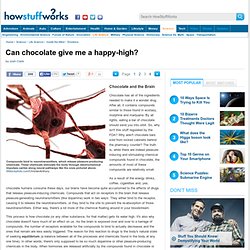 Global Classroom and chemistry. Homemade Bug Spray for Gardens - Homemade Bug Spray. Since Spring finally decided to stop being on vacation and show up this year many are finally being able to plant those beautiful and yummy gardens! 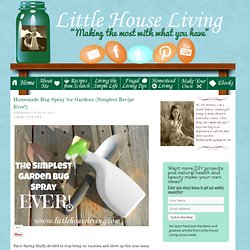 Soil building practices such as crop rotations, inter-cropping, symbiotic associations, cover crops, organic fertilizers and minimum tillage are central to organic practices. Genetically modified organisms. Ecological services. Organic faq. What Are the Benefits of Organic Coffee Consumption? The Chemistry of Coffee. Coffee Times – Coricafe Skip to content ← The Caffeine Detection Kid CNBC Comments on coffee → The Chemistry of Coffee Posted on August 11, 2013 by admin This entry was posted in Coffee Trivia, Health. A Cup of Coffee for the Chemists. For as long as people have been working around the clock and undergraduate students have needed a little boost to get through a day’s lectures, coffee has been the go-to product. Coffee, and the caffeine that we extract from it, powers our 24-hours-a-day society. But while many students and professors worship coffee, a tasty cup of java contains plenty of chemistry as well. Coffee relies on its chemistry from the moment the bean is picked to the first sip.

Moreover, coffee’s most famous component, caffeine, plays a powerful role, even outside of that first cup of joe. Coffee: A Brief History. Unlocking Coffee's Chemical Composition: Part 1. Everyday millions of people around the world begin their day religiously with a morning cup of coffee. Welcome to coffeechemistry.com.