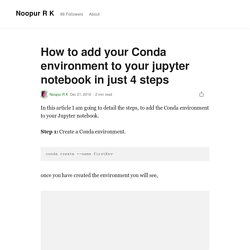 Step 1: Create a Conda environment. conda create --name firstEnv once you have created the environment you will see, Step 2: Activate the environment using the command as shown in the console. 아웃룩 사서함이 거의 꽉 찼습니다. Lost files after Big Sur upgrade - Apple Community. I had exactly the same issue after the update Big Sur. 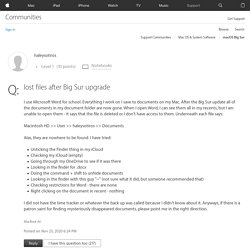 All the files that were on the Desktop disappeared. Once I managed to tick the iCloud settings, the files that were on iCloud came back to the desktop, but the sub-folder and bigger files did not, since they were not linked to iCloud. My downloads folder/files were intact, so it didn't make any sense that only the desktop would have been erased due to the update. [컴퓨터활용] 윈도우 XP 시디키 시리얼번호. How to set a custom dynamic wallpaper in Catalina? 2020-02-08 - Stream OBS to Chromecast via VLC - jamiebarrow.dev. Often I will watch YouTube or Netflix and would rather watch it on the big screen instead of on my laptop or phone. 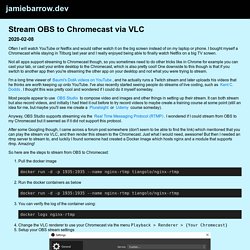 I bought myself a Chromecast while staying in Tilburg last year and I really enjoyed being able to finally watch Netflix on a big TV screen. Not all apps support streaming to Chromecast though, so you sometimes need to do other tricks like in Chrome for example you can cast your tab, or cast your entire desktop to the Chromecast, which is also pretty cool! One downside to this though is that if you switch to another app then you're streaming the other app on your desktop and not what you were trying to stream. I'm a long time viewer of Baumi's DotA videos on YouTube, and he actually runs a Twitch stream and later uploads his videos that he thinks are worth keeping up onto YouTube. What is 'VTDecoderXPCService'? When I kill the process it pops right back up. : osx. 예제 9-10. 마우스 관련 이벤트 리스너. 예제 9-11. onmousemove와 마우스 위치 및 버튼. 예제 9-12. oncontextmenu로 소스 보기나 이미지 다운로드 금지. 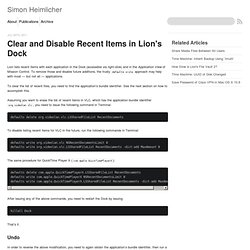 To remove those and disable future additions, the trusty defaults write approach may help with most — but not all — applications. To clear the list of recent files, you need to find the application’s bundle identifier. Installing GetBundles on a Fresh Copy of TextMate. "Backups" on Macintosh HD in Lion [Archive]

Mac applications and development tools from BinaryAge. Macports issues after Mountain Lion upgrade. How To Create and Publish a Journal with iPhoto for iOS. Posted 03/20/2012 at 12:35pm | by J.R. Bookwalter iPhoto for iOS introduces a clever new way to share you photos with loved ones courtesy of Journals, a feature which debuted on the mobile app and will presumably arrive on the Mac with the next major update as well. iPhoto for iOS (iPad): Share your journal as a webpage. Syncing with iTunes. Languages Learn how to sync the data on your iOS device with iTunes on your computer using USB or Wi-Fi. 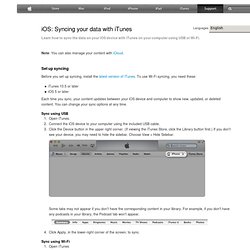 Note: You can also manage your content with iCloud. Set up syncing Before you set up syncing, install the latest version of iTunes. To use Wi-Fi syncing, you need these: Environment variable. They are part of the operating environment in which a process runs. 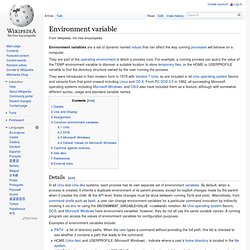 For example, a running process can query the value of the TEMP environment variable to discover a suitable location to store temporary files, or the HOME or USERPROFILE variable to find the directory structure owned by the user running the process. They were introduced in their modern form in 1979 with Version 7 Unix, so are included in all Unix operating system flavors and variants from that point onward including Linux and OS X. From PC DOS 2.0 in 1982, all succeeding Microsoft operating systems including Microsoft Windows, and OS/2 also have included them as a feature, although with somewhat different syntax, usage and standard variable names.

Details[edit] Examples of environment variables include: Shell scripts and batch files use environment variables to communicate data and preferences to child processes. How to get an SSH server running on a Mac. Mach-o, but wrong architecture. Using matplotlib in a python shell — Matplotlib v1.0.1 documentation. By default, matplotlib defers drawing until the end of the script because drawing can be an expensive operation, and you may not want to update the plot every time a single property is changed, only once after all the properties have changed. 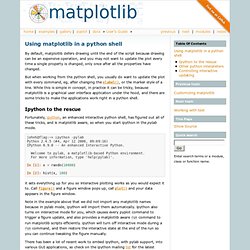 But when working from the python shell, you usually do want to update the plot with every command, eg, after changing the xlabel(), or the marker style of a line. While this is simple in concept, in practice it can be tricky, because matplotlib is a graphical user interface application under the hood, and there are some tricks to make the applications work right in a python shell. Ipython to the rescue Fortunately, ipython, an enhanced interactive python shell, has figured out all of these tricks, and is matplotlib aware, so when you start ipython in the pylab mode. 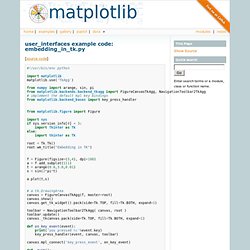 Oct 30, 2009 Posted by editor on Oct 30, 2009 in Development | Comments Off Ran into the annoying mach-o problem for compiled rubygem extensions on a few gems (mainly RedCloth and CSVScan). 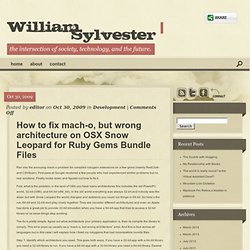 First pass at Google rendered a few people who had experienced similar problems but no real solutions. Finally broke down and figured out how to fix it. First, what is the problem; in the land of OSX you have many architectures this includes the old PowerPC world, 32-bit (i386), and 64-bit (x86_64). In the old world everything was always 32-bit and nobody was the wiser, but with Snow Leopard the world changed and suddenly you could run things in 64-bit.

The fix is pretty simple, figure out what architecture your primary application is, then re-compile the library to comply. Setting default gcc version in Leopard.