Sandbox Configuration Manager lets you easily create Windows Sandbox. Windows Sandbox is a lightweight desktop environment which makes sure that you can run applications in isolation. 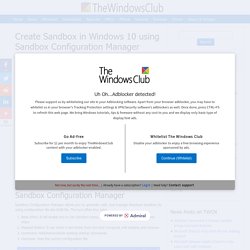 The arrangement makes sure the app doesn’t get access to core Windows files and other system files. That said, it’s not straightforward to configure & manage a sandbox. That’s where the Sandbox Configuration Manager can help you. Sandbox Configuration Manager allows you to generate, edit, and manage Windows Sandbox by using configuration file aka WSB file. The tool offers four tabs: Basic Infos: It will enable you to Set Sandbox name, path, enable/disable networking and VGpuMapped folders: It can share a new folder from the host computer, edit existing and remove.Command: Add/Remove/Edit existing startup commands.Overview: View the current configuration file.

Microsoft releases OneNote Quick Start Guide to help you get started. Microsoft’s OneNote is a powerful note-taking tool which can capture almost anything and can be used anywhere, i.e., offices, schools, and homes. 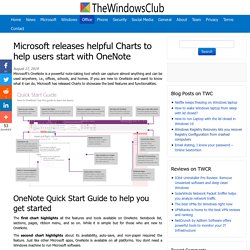 If you are new to OneNote and want to know what it can do, Microsoft has released Charts to showcase the best features and functionalities. The first chart highlights all the features and tools available on OneNote. Notebook list, sections, pages, ribbon menu, and so on. While it is simple but for those who are new to OneNote. The second chart highlights about its availability, auto-save, and non-paper required the feature. Thewindowsclub. Thewindowsclub. Thewindowsclub. A required device isn’t connected or cannot be accessed. In this post, we will show you how to fix error A required device isn’t connected or cannot be accessed with codes 0xc0000185, 0xc0000225, 0xc0000001, 0xc00000f, 0xc000000e on a Windows 10 system. 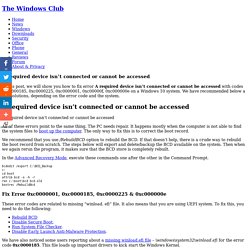 We have recommended below a few solutions, depending on the error code and the system. All of these errors point to the same thing. The PC needs repair. It happens mostly when the computer is not able to find the system files to boot up the computer. Skype - Your webcam is being used by another application. If you are unable to use Skype on your Windows PC and you see an error message Your Webcam is being used by another application, then here are the potential resolutions that will help you fix the problem. 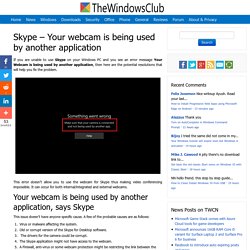 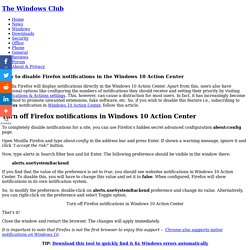 Apart from this, users also have additional options like configuring the numbers of notifications they should receive and setting their priority by visiting Notifications & Actions settings. This, however, can cause a distraction for most users. In fact, it has increasingly become a method to promote unwanted extensions, fake software, etc. So, if you wish to disable this feature i.e., subscribing to Firefox notification in Windows 10 Action Center, follow this article.

To completely disable notifications for a site, you can use Firefox’s hidden secret advanced configuration about:config page. W S A D and Arrow keys are switched in Windows 10. You must have noticed that while playing games, the W, A, S, and D can be used for the same function as the four arrow keys. 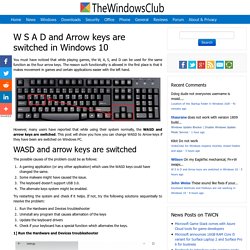 The reason such functionality is allowed in the first place is that it makes movement in games and certain applications easier with the left hand. However, many users have reported that while using their system normally, the WASD and arrow keys are switched. This post will show you how you can change WASD to Arrow keys if they have been are switched on Windows PC. The possible causes of the problem could be as follows: A gaming application (or any other application) which uses the WASD keys could have changed the same.Some malware might have caused the issue.The keyboard doesn’t support USB 3.0.The alternate keys system might be enabled. The disk does not have enough space to replace bad clusters.

If when you run the built-in Disk Checker Utility on your Windows computer, ChkDsk throw up an error message while looking for bad clusters – A disk read error occurred, The disk does not have enough space to replace bad clusters, then this post may help you. 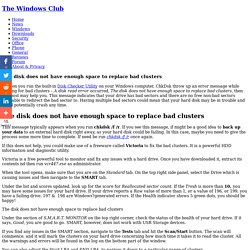 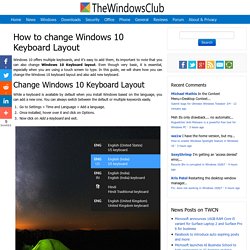 Even though very basic, it is essential, especially when you are using a touch screen to type. In this guide, we will share how you can change the Windows 10 keyboard layout and also add new keyboard. Windows cannot load the Device Driver for this hardware, Code 38. When external devices like printers, scanners, etc. are connected to a Windows 10 system, the device either pushes the drivers through the USB (or any other post), or the user is expected to install the drivers through an external media. 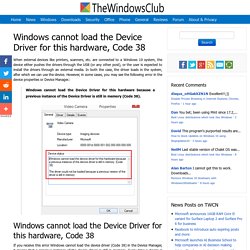 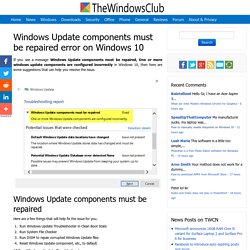 Here are a few things that will help fix the issue for you. Run Windows Update Troubleshooter in Clean Boot StateRun System File CheckerRun DISM to repair corrupted Windows Update filesReset Windows Update component, etc., to default 1] Run Windows Update Troubleshooter Perform Clean Boot and then run Windows Update Troubleshooter. Windows 7 End of Support - What you need to know. Windows 7, one of the most successful operating system, is finally into its last year of the end of support. The end of support date for Windows 7 SP1 is till January 14, 2020, and Microsoft is sending out a final reminder. This doesn’t mean that your computer will stop working. The connection was denied because the user account is not authorized. If you are trying to establish a remote connection, but you see an error message – The connection was denied because the user account is not authorized for remote login then know that this occurs when the target host doesn’t allow you to access that system remotely.

If you are face this issue even after obtaining the correct permission, follow these guide to fix this problem. The connection was denied because the user account is not authorized for remote login If you face this issue, you need to carry out the following tasks to resolve the issue: Check Remote Desktop Users groupAdd user to Security groupCheck Remote Desktop service. How to install CURL on Windows 10. CURL is a command line tool and library for transferring data with URLs. Windows 10 will now automatically uninstall problematic Updates. Microsoft has said that Windows 10 will start removing installed Windows Updates that cause problems in starting or running your device at peak efficiency. Windows Updates which fail dues to software incompatibilities will get automatically uninstalled. After your computer has recovered from a startup failure, you may see this notification in the bottom left corner of your computer screen: We removed some recently installed updates to recover your device from a startup failure.

When Windows detects that this is happening, it will resolve this issue by attempting to uninstall the problematic update. Once the update has been uninstalled, Windows 10 will also prevent such problematic updates from re-installing automatically for the next 30 days – after which, it will again try to automatically install the update. This 30-day period will give Microsoft and its partners the opportunity to investigate the failure and fix the updates, says KB4492307.

Thewindowsclub. What is Windows PE? Use, Limitations, Download and more. Windows PE is a lightweight OS environment from Microsoft which can deploy and recover Windows Installation on multiple computers. What is Windows PE? Use, Limitations, Download and more. Choose UEFI or BIOS when booting into Windows Setup or Windows PE. Compared to BIOS, Unified Extensible Firmware Interface (UEFI) makes the computer extra secure. If your laptop supports UEFI, you should use it. However, at times, the legacy BIOS is still useful. An example – if you’re booting from a network that only supports BIOS, you’ll need to boot to legacy BIOS mode. Caps Lock key not working? Enable or Disable Caps Lock on Windows 10. The Caps Lock key on any computer is a really useful key when it comes to typing anything in block letters really easily. Windows Server 2019 Removed & Deprecated features. Just like Windows 10 for consumers, Microsoft keeps building new features and functionality for its server editions.

UTCSVC high CPU and Disk usage - How to disable utcsvc.exe? High resources utilization by any process slows down a Windows operating system and one of the services that could cause it is utcsvc.exe process which at times, is known to cause high CPU and Disk usage. Microsoft is committed to making its Windows 10 product better. One of the most effective methods to do so is by collecting customer feedback, analyzing their problems and pushing the resolution through updates.

Microsoft collects this information through the Universal Telemetry Client (UTC) software which in turn runs a service named Diagnostic Tracking Service or DiagTrack. It is an executable file that could be translated to Service Host. How to delete recent documents in WordPad on Windows 10. The Windows 10 Recent Documents list offers users quick access to their latest work. The feature is available in various Windows apps like Microsoft Microsoft WordPad Microsoft Word and so on. Ransomware encounters have declined significantly, says Microsoft. What is the latest Windows 10 version that is available for download.