Pink rose with ant. Pink rose with ant The goal of the classical painting is not to depict objects as close to nature as possible, but to compose a beautiful composition of color, tone and texture. 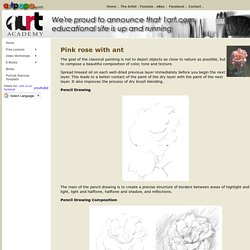 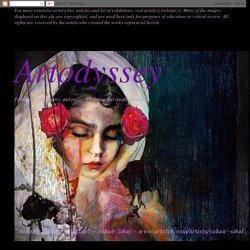 Nathan Ford Identity and belonging are recurring themes in Nathan Ford's work, given new impetus by his move from London in 2002 to Nantymoel, a Welsh valleys village, and raising two young sons there. Painting mainly in oils, his subjects range from landscape studies to involved figure paintings.'' Leyendecker’s Method. In December of 1950, Saturday Evening Post cover artist J.C. 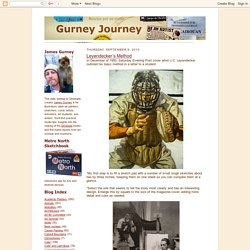 Leyendecker outlined his basic method in a letter to a student. “My first step is to fill a sketch pad with a number of small rough sketches about two by three inches, keeping them on one sheet so you can compare them at a glance. “Select the one that seems to tell the story most clearly and has an interesting design. Enlarge this by square to the size of the magazine cover, adding more detail and color as needed. “You are now ready for the model. Second Head Swim (2016) Lime Tree Gallery - Contemporary Art Galleries in Suffolk & Bristol, England.

Sketching With a Moleskine. When I checked the links in the "Sketchers on the Web" section of the Sketching Forum I was amazed at how many photos of Moleskines I saw. 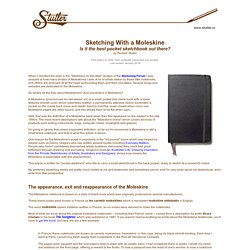 A lot of artists swear by these little notebooks, and others are annoyed at all the hype surrounding them and their cult status. Several blogs and websites are dedicated to the Moleskine. Behance. Behance. Magnum photographer Harry Gruyaert opens his archive for Penguin's Maigret series - Creative Review. Penguin is republishing each of Simenon’s Maigret detective novels at a rate of one a month, and with over 20 now available, it’s possible to get a sense of how Gruyaert’s imagery is working across the new series. 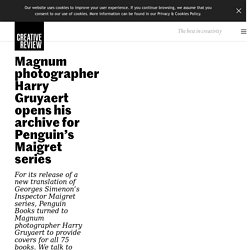 Paired with fairly sparse design for the author’s name and individual book titles, Gruyaert’s photographs take centre stage on the covers. Gruyaert is especially known for his experimental use of colour and his striking use of light and shadow. His photograph’s often contain an air of dramatic mystery, making them a natural companion for a series of detective novels. Penguin first struck upon working with him after Peter Galassi, former curator of photographs at MoMA, New York, suggested him for the series, and picture editor Johnson has since worked closely with Gruyaert to find the right images for the books. 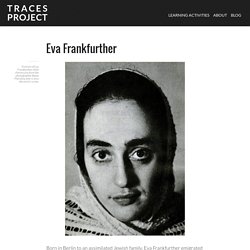 At the age of just 16, she enrolled at St Martin’s School of Art where she studied until 1951, alongside Frank Auerbach and Leon Kossoff. Whilst still studying, Frankfurther repeatedly traveled to the United States and later across Europe, where her interest in black and immigrant communities first took hold. After leaving art school and becoming disillusioned by the London art scene, Frankfurther moved to Whitechapel, where she immersed herself in the local community and began earning a living through non-artistic means. The subjects of her paintings reflected this; often depicting her immigrant co-workers at the Lyons Corner House in Piccadilly, a bustling cafeteria that employed approximately 400 staff.

Eva Frankfurther, Artist. There is an unmistakeable melancholic beauty which characterises Eva Frankfurther‘s East End drawings made during her brief working career in the nineteen-fifties. 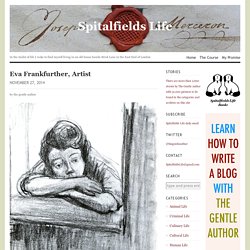 Born into a cultured Jewish family in Berlin in 1930, she escaped to London with her parents in 1939 and studied at St Martin’s School of Art between 1946 and 1952, where she was a contemporary of Leon Kossoff and Frank Auerbach. Yet Eva turned her back on the art school scene and moved to Whitechapel, taking menial jobs at Lyons Corner House and then at a sugar refinery, immersing herself in the community she found there. Taking inspiration from Rembrandt, Käthe Kollwitz and Picasso, Eva set out to portray the lives of working people with compassion and dignity. Galería de Arte Jaime III. Marc Jesús Vives – Zenitart. Kevin Day: Window Table. How to choose a basic Portrait painting palette for Oils. Head Study – After Collins, Oil on Linen, Will Kemp“Every time I paint a portrait I lose a friend”John Singer Sargent How not to paint a portrait, a personal tale Let me take you back several years to the beginning of my experiments with portraiture. 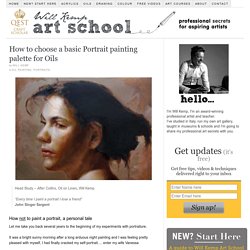 It was a bright sunny morning after a long arduous night painting and I was feeling pretty pleased with myself, I had finally cracked my self-portrait…. enter my wife Vanessa Vanessa: “Why do you look like Tom Jones?” Me: “I don’t look like Tom Jones”Vanessa: “You do, what have you done? Skin tone, it isn’t easy…. This was a self-portrait for a competition, the deadline was that afternoon and I had been working late into the night convinced that the painting looked too dull, too muted. Richard Twose Small paintings & sketches. Mark Greenwold American, b. 1942 The Need to Understand, 200.