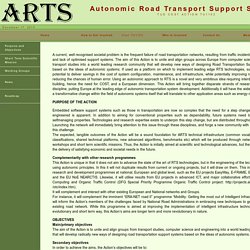 The aim of this Action is to unite and align groups across Europe from computer science, engineering and transport studies into a world leading research community that will develop new ways of designing Road Transportation Support (RTS) systems based on the ideas of autonomic systems. If used as a platform on which to implement leading edge RTS technologies, such systems have the potential to deliver savings in the cost of system configuration, maintenance, and infrastructure, while potentially improving network efficiency and reducing the chances of human error. Using an autonomic approach to RTS is a novel and very ambitious idea requiring interdisciplinary community building, hence the need for COST, and a European dimension. 1. 2. 3. 4. How will the objectives be achieved? Benefits. My PDDL page. IPC 2014. The international planning competition is a (nearly) biennial event organized in the context of the International Conference on Planning and Scheduling (ICAPS). 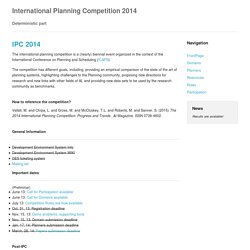 Google. COST-ARTS. COST-TUD1102 STSM : Call for STSM Applications for Researchers . . . 2015 is the last year of the Action's operation and we have a busy schedule. 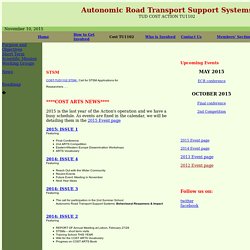 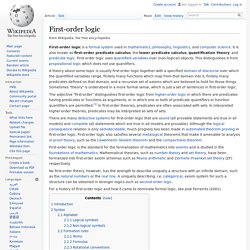 First-order logic is the standard for the formalization of mathematics into axioms and is studied in the foundations of mathematics. Introduction[edit] . X. Google. Liabilities and automation in aviation. CMS3417: AUTONOMOUS AND AUTONOMIC INTELLIGENT SYSTEMS. Login required. By logging in to this service, you are agreeing to the following Regulations and Policies. 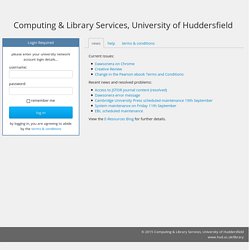 If you do not understand any of the Regulations or Policies, or if you do not agree to fully abide by them, then you should not use this service. Specifically, you must ensure that you keep your login details confidential and you may not allow any third party to use your account. All login attempts are monitored and all suspicious account activity is investigated. In extreme circumstances, your network account may be disabled. If you are using the University of Huddersfield's network to use this service, then you are also agreeing to abide by the JANET Acceptable Use Policy. Students of the University of Huddersfield are also implicitly bound to abide by the relevant Handbook of Regulations issued during enrolment.

The exernal online subscription resources made available to you by the library may also have their own separate terms & conditions and you are encouraged to read them.