Wired 25: The Best Female Rappers Of All Time...As Of March 2015 [Photos] It has been a long time coming but with all the platinum plaques and mounting accolades, female rappers have finally earned enough clout to be known for emceeing more than their estrogen. 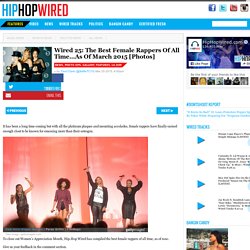 To close out Women’s Appreciation Month, Hip-Hop Wired has compiled the best female rappers of all time, as of now. Give us your feedback in the comment section. — Photo: Chris Connor/WENN 25. Gangsta Boo Claim To Fame: Competing heavily with her Three 6 Mafia brothers. Best Project: Enquiring Minds (1998) 24. Claim To Fame: Being a member of the first Hip-Hop group from the culture’s birthplace to get a record deal, who in turn, and became the first rap group to perform live on a national television broadcast. 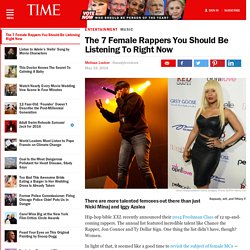 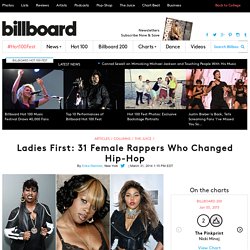 Hip-hop is a tough game in which only the best survive. From the early days of the male-dominated genre, female rappers have proved that women, though few in numbers, are fearless, strong especially when unified and are not only capable of standing as tall as the next man but also of outshining them. Many female rhymers, from Queen Latifah to Nicki Minaj, have destroyed the proverbial glass ceiling to become legends in their own right. In celebration of women's history month, we're spotlighting 31 of the greatest female rappers of all time over a 31-day series, kicking off with an interview with MC Lyte.

Come back each day in March for a new profile. Day 31: Lauryn HillThere's no moment quite like when listening Lauryn Hill's vocal prowess on the Fugees' "Killing Me Softly. " BeginningsPras: "I met Lauryn Hill back in 1988/89. "She was this young girl. "One day, she came to a show two hours late. 2014 was the Year of the Female Rapper. If the past several years have finally proven, without a doubt, that female rappers can compete head-to-head with their male peers—something MC Lyte fans have been aware of for years)—2014 finally proved that those women can outperform their male counterparts. 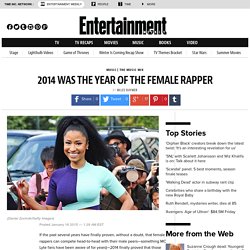 Aside from Pharrell Williams’s airwave-devouring “Happy,” Iggy Azalea’s “Fancy” was the most inescapable song of the year. It spent two more weeks at number one on the Billboard Hot 100 chart than the two male-led number one rap singles (Eminem’s “The Monster” and Pitbull’s “Timber”) combined—and when Iggy’s Ariana Grande collaboration “Problem” went to number two, she became the only act besides the Beatles to take the top two spots at once with her first two charting tracks. In a year that produced a fair number of newly minted superstars—Grande, Sam Smith, 5 Seconds of Summer—Azalea still managed to get more attention (and hold onto it longer) than any of them. 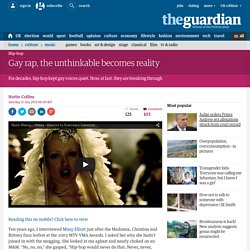 Click here to view Ten years ago, I interviewed Missy Elliott just after the Madonna, Christina and Britney faux lezfest at the 2003 MTV VMA Awards. I asked her why she hadn't joined in with the snogging. She looked at me aghast and nearly choked on an M&M. "No, no, no," she gasped, "Hip-hop would never do that. A decade later and, sometimes, you'd be forgiven for thinking that Missy was right and nothing had changed. "Hip-hop is so homophobic," sighs Californian rapper Brooke Candy. New York-based rapper Angel Haze, who describes herself as "pansexual", agrees. The fact is that things have changed. "Honestly, for me what it really feels like is that I now actively… explore life now in my natural gay, homosexual, masculine way, and in this very different feminine way.

Reading this on mobile? Creating their own space and identity is the next challenge for the generation of performers ready to admit to their sexuality in a notoriously resistant culture.