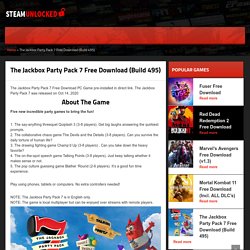 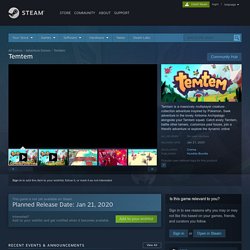 Every kid dreams about becoming a Temtem tamer; exploring the six islands of the Airborne Archipelago, discovering new species, and making good friends along the way. Now it’s your turn to embark on an epic adventure and make those dreams come true. Catch new Temtem on Omninesia’s floating islands, battle other tamers on the sandy beaches of Deniz or trade with your friends in Tucma’s ash-covered fields. Defeat the ever-annoying Clan Belsoto and end its plot to rule over the Archipelago, beat all eight Dojo Leaders, and become the ultimate Temtem tamer! These are the floating islands where Temtem and humans coexist peacefully. But not everything is fun and peace in the islands. The best free PC games. Looking for the best free PC game? 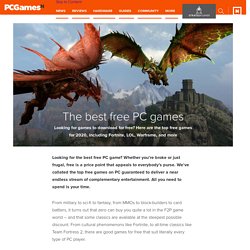 Whether you’re broke or just frugal, free is a price point that appeals to everybody’s purse. We’ve collated the top free games on PC guaranteed to deliver a near endless stream of complementary entertainment. All you need to spend is your time. From military to sci-fi to fantasy, from MMOs to block-builders to card battlers, it turns out that zero can buy you quite a lot in the F2P game world – and that some classics are available at the steepest possible discount.

From cultural phenomenons like Fortnite, to all-time classics like Team Fortress 2, there are good games for free that suit literally every type of PC player. To get started in your journey to playing the top free PC games for 2020, you need just look at this very extensive list we’ve put together. Volume 0% Press shift question mark to access a list of keyboard shortcuts Play/PauseSPACE Increase Volume↑ Decrease Volume↓ Seek Forward→ 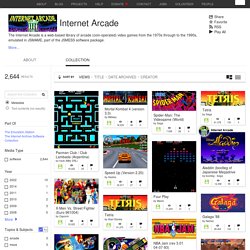 By Sega favorite 54 comment 8 Astro Blaster is a shoot 'em up arcade game released by Sega in 1981. By Mylstar favorite 36 comment 2 The Three Stooges, fully titled as The Three Stooges in Brides is Brides on the title screen, is a 1984 arcade game by Mylstar Electronics. By Stern Electronics favorite 100 comment 17 Berzerk is a multi-directional shooter video arcade game, released in 1980 by Stern Electronics of Chicago. Favorite 243 comment 13 INSTRUCTIONS Joust is a platforming game where the player controls a yellow knight riding a flying ostrich or stork, from a third-person perspective. By Atari Games favorite 129 comment 10 Indiana Jones and The Temple of Doom is a 1985 action arcade game developed and published by Atari Games, based on the 1984 film of the same name, the second film in the Indiana Jones franchise.