23 Insanely Clever Ways To Eat Cauliflower Instead of Carbs.

Recipes | french. Buttermilk Biscuits - The Cooking Bride. Taking the Biscuit I realized after writing this that I just did a post on biscuits and gravy back in April. 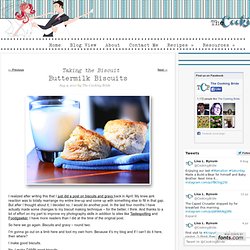 My knee jerk reaction was to totally rearrange my entire line-up and come up with something else to fill in that gap. But after I thought about it, I decided no, I would do another post. In the last four months I have actually made some changes to my biscuit making technique – for the better, I think. 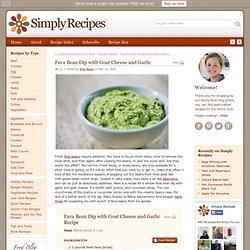 The easiest way to do this is to work over a large bowl, bend the fava bean pod near one of the beans, squeeze the bean with your fingers, to have it shoot out into the bowl when the bean snaps. Keep squeezing, pinching and snapping, until you've de-beaned all the pods. 2 Bring 2 quarts of water to a boil. Add 1 tablespoon salt. 3 In a small skillet, heat 1 tablespoon of olive oil on medium. 4 Place shelled and peeled beans in a food processor with softened green garlic, lemon zest, lemon juice, and water. 5 Scrape mixture out of food processor into a bowl. Potato Galette. Cook's Illustrated (April 2011) One of our favorite potato recipes -- actually, one of our favorite dishes in general -- was a Crispy Potato Roast we made last year. 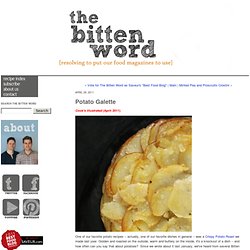 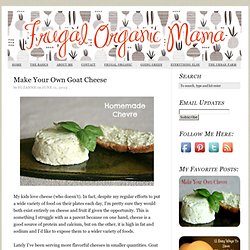 In fact, despite my regular efforts to put a wide variety of food on their plates each day, I’m pretty sure they would both exist entirely on cheese and fruit if given the opportunity. This is something I struggle with as a parent because on one hand, cheese is a good source of protein and calcium, but on the other, it is high in fat and sodium and I’d like to expose them to a wider variety of foods. Lately I’ve been serving more flavorful cheeses in smaller quantities.

Goat cheese, or Chèvre, for example has a pretty strong cheese flavor and so a little bit goes a long way. It spreads easily on crackers or toast and can be sprinkled on everything from frittatas to salads to roasted vegetables imparting the food with an awesome cheesy flavor. 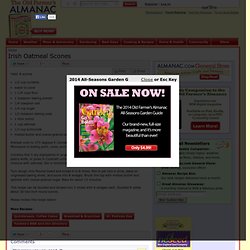 Combine currants and water in Pyrex measuring cup. Microwave to boiling point, cover, and let stand. Combine first 5 dry ingredients in large mixing bowl or Cuisinart bowl. Chicken Saltimbocca. The truth is. I have to tell you something sort of unpleasant today, but somehow, I don’t think you’re going to be surprised: I have not been doing much cooking lately. 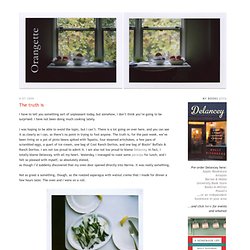 I was hoping to be able to avoid the topic, but I can’t. There is a lot going on over here, and you can see it as clearly as I can, so there’s no point in trying to fool anyone. The truth is, for the past week, we’ve been living on a pot of pinto beans spiked with Tapatio, four steamed artichokes, a few pans of scrambled eggs, a quart of ice cream, one bag of Cool Ranch Doritos, and one bag of Blazin’ Buffalo & Ranch Doritos.

The Minimalist - Things to Prepare Before the Turkey Goes in the Oven. Healthy Homemade Fritos. I noticed that January 29th is National Corn Chip day (this is the kind of thing I notice) and it got me thinking, where in the world did corn chips come from in the first place? 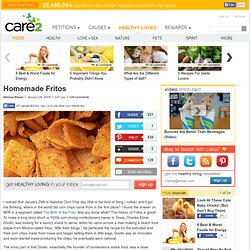 I found the answer on NPR in a segment called The Birth of the Frito. And you know what? The history of Fritos is great! To make a long story short, a 1930s corn-loving confectionery owner in Texas, Charles Elmer Doolin, was looking for a savory snack to serve, when he came across a man making a beach food staple from Mexico called fritos, “little fried things.” He perfected the recipe for the extruded and fried corn chips made from masa and began selling them in little bags. The ironic part is that Doolin, essentially the founder of convenience snack food, was a close follower of Dr. So, in honor of C.E. 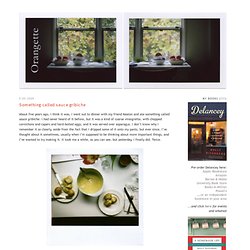 I had never heard of it before, but it was a kind of coarse vinaigrette, with chopped cornichons and capers and hard-boiled eggs, and it was served over asparagus. I don’t know why I remember it so clearly, aside from the fact that I dripped some of it onto my pants, but ever since, I’ve thought about it sometimes, usually when I’m supposed to be thinking about more important things, and I’ve wanted to try making it. It took me a while, as you can see, but yesterday, I finally did. Twice. The thing is, as I learned while tearing my hair out, there is no one sauce gribiche. The Minimalist - Made by Hand - Burgers Worth the Grind. Chocolate Guinness Cake Recipe. Get in the mood for St. 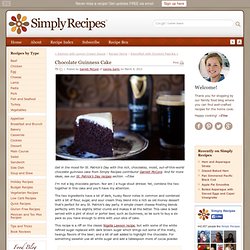 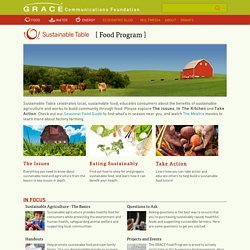 Questions to Ask Asking questions is the best way to ensure that you're purchasing sustainably raised, healthful foods and supporting sustainable farmers. Here are some questions to get you started. Edamame Salad - 175799 - Recipezaar. Both refreshing and rich: The beauty of buttermilk panna cotta - Francis Lam. I have barely any training in pastry and even less talent, so during my two years of culinary school I always felt an undertow of worry: Will I finish without knowing how to make even one decent dessert? Then came the news: I’d be on the pastry station in one of the school’s restaurants. Win! But: It’s the school’s “health conscious” restaurant. Epic fail! Our Best Bites: Single Serving Pie in a Jar. These are individual-sized pies made in little glass jars that can go straight from your freezer to your oven to your mouth. SO cute. You can make these with store-bought crust and canned filling or jazz it up with homemade like we do.

And just for added cuteness we teamed up with crafting expert Lolly for some personalized tags. These are just about the best little gift from the kitchen you could share with someone! Pie in Jar. You Call That Pudding, Grandma? Healthy and Green Living. I bake all year long–from humble frumpy muffins to crazy-lady, six-layer, Dr. Seuss-ish birthday cakes for my kids. Chocolate Pumpkin Bundt Cake. You don’t have to have pumpkin pie to still enjoy pumpkin and spice in a holiday dessert.

Half-the-Calories Deep Dish Apple Pie. With all that delicious fruit an apple pie should be healthy, but the truth is a slice can have as much as 750 calories and 30 grams of fat. Orange Zest Green Beans with Almonds. Acorn Squash with Citrus and Chile. Something magic happens when you roast an autumn squash—it transforms from a hard, grainy, starchy thing to a mellow, creamy, sweet miracle. Matching autumn squash with flavors like cinnamon and brown sugar is a natural; but we found a recipe that adds tart and spicy to the sweet taste of acorn squash, that is fresh and surprising but still warm and comforting. Sweet Potato Cheesecake with Ginger Pecan Crust. The first time I had sweet potato cheesecake was at the famed Galatoire’s in New Orleans. It was one of those dizzy food moments where the universe falls away as every cell in your body seems to be rushing, tripping, and scrambling towards the mouth to get in on the action.

Gingered Cranberry-Pear Cobbler. Cranberries add a particularly pleasing tartness and color to pears, while fresh ginger, lemon and vanilla brighten up the pears. The nutrition information below is calculated using reduced-fat sour cream–but you can use regular sour cream, greek yogurt, or soy yogurt for a wholesome or vegan substitute. Healthy and Green Living. Healthy and Green Living. Healthy Kung Pao Tofu Recipe. Recipe of the Month - September.

September 14th, 2008 · No Comments French Café Light Chicken Sandwich (With twice the fiber, less than half the fat and saturated fat and a third less calories and cholesterol of the original!) The Minimalist - North African-Inspired Chickpeas. Blackberry Lemon Clafouti. “Clafouti”…fun to say, but even more fun to eat!