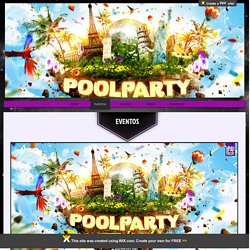 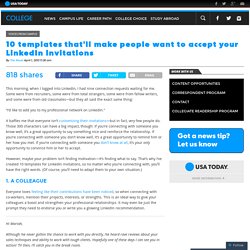 Some were from recruiters, some were from total strangers, some were from fellow writers, and some were from old classmates—but they all said the exact same thing: “I’d like to add you to my professional network on LinkedIn.” It baffles me that everyone isn’t customizing their invitations—but in fact, very few people do. Those 300 characters can have a big impact, though: If you’re connecting with someone you know well, it’s a great opportunity to say something nice and reinforce the relationship. If you’re connecting with someone you don’t know well, it’s a great opportunity to remind him or her how you met. However, maybe your problem isn’t finding motivation—it’s finding what to say. 1.

Everyone loves feeling like their contributions have been noticed, so when connecting with co-workers, mention their projects, interests, or strengths. Brisbane’s Best Vegan and Vegetarian Cafes. Bowen Arrow | Image credit: Ariana Gillrie For far too long, vegans and vegetarians have been left nibbling fries on the sidelines at burger joints, as their carnivorous friends wolf down their dinner with a satisfied grin. 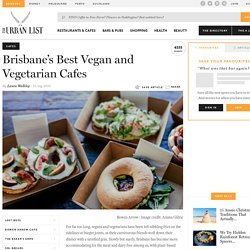 Slowly but surely, Brisbane has become more accommodating for the meat and dairy free among us, with plant-based restaurants springing up around the city. Here’s where to find the best vegan and vegetarian fare in Brisbane: Lost Boys Fortitude Valley The relaxed, leafy café, Lost Boys features a predominately vegan and completely vegetarian menu. Tibetan Kitchen Spring Hill While there are some meat dishes on the menu, Tibetan Kitchen caters generously for the vegetarian, with over ten main dishes that are completely meat-free. 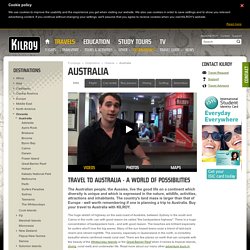 The country's land mass is larger than that of Europe - well worth remembering if one is planning a trip to Australia. Buy your travel to Australia with KILROY. The huge stretch of highway on the east coast of Australia, between Sydney in the south and Cairns in the north, can with good reason be called "the backpackers highway". There is a huge concentration of backpackers here - and with good reason. The beaches are brilliant especially for surfers who'll love the big waves. The magic of Australia The east coast is enchanting, but one should also travel the many hundreds of kilometers west to the Northern Territory. Go west: Western Australia If you want to avoid the throngs of tourists and at the same time experience a totally different and unique part of the country then head west. Live as an Aussie.