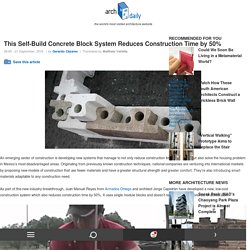 Originating from previously known construction techniques, national companies are venturing into international markets by proposing new models of construction that use fewer materials and have a greater structural strength and greater comfort. They’re also introducing smart materials adaptable to any construction need. As part of this new industry breakthrough, Juan Manuel Reyes from Armados Omega and architect Jorge Capistrán have developed a new, low-cost construction system which also reduces construction time by 50%. It uses single module blocks and doesn’t require binders, mixtures, or skilled labor. Juan Manuel Reyes explained that "the system consists of six pieces of self-assembly that are self-supporting. 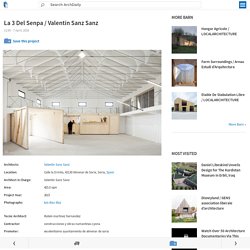 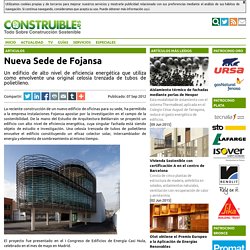 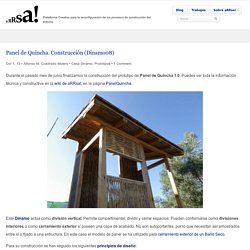 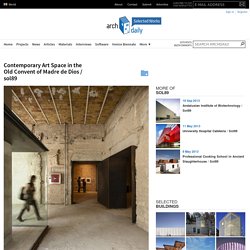 The intervention interprets the building where is inserted, an old convent, as a context in constant transformation over time. The project arises from a reflection around the creation process in contemporary art, its unpredictable condition and the current dissolution of limits between the space of production and exhibition. The intervention is projected like a variable and reversible space. Our intervention will act as an initial installation in the space rather than a architectural construction. Goat Barn in Bavaria / KÜHNLEIN Architektur. Architects: KÜHNLEIN Architektur Location: Seubersdorf, Germany Year: 2014 Photographs: Erich Spahn, Michael Kühnlein From the architect. 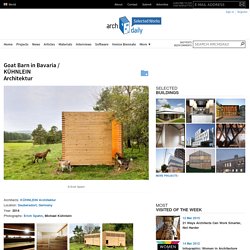 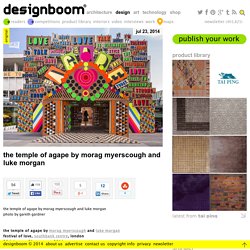 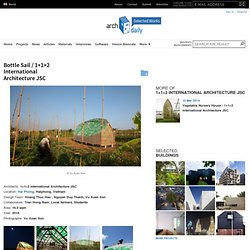 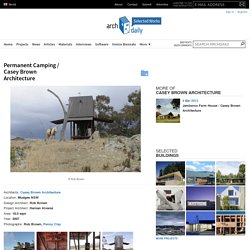 Sited at the edge of a ridge surrounded by large granite boulders and ancient dead trees, the tower has panoramic views for hundreds of miles to the horizon. Conceived as a retreat for one or two people, the building has a minimal 3x3m footprint providing shelter. The structure is a two storey copper clad tower; the sides open up on the ground level to provide wide verandahs to the north, east and western elevations.

Water is collected on the roof and a separate WC, also in copper clad hardwood, is located a short walk to the west. Deskontalia Store / VAUMM. Architects: VAUMM Location: Donostia, San Sebastian, Spain Design Team: Javier Ubillos Pernaut, Marta Alvarez Pastor, Iñigo garcía Odiaga, Jon Muniategiandikoetxea Markiegi, Tomás Valenciano Tamayo Year: 2012 Photography: Aitor Ortiz When somebody thinks about a shop, he can hardly avoid thinking about the products sold inside, and therefore those products are those which give sense of the need for a space. 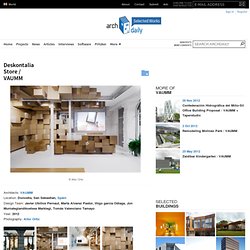 What would it happen if that object of desire was any? What if no one? For Deskontalia store, located in a urban downtown street, the sale has occurred even before one reaches the local. The space should be a pick up point for any product that one could imagine buying over the Internet, but even something else. Namhae Cheo-ma House / JOHO Architecture. Architects: JOHO Architecture Location: Gyeongsangnam-do, Korea Architect In Charge: Jeonghoon Lee Area: 576 sqm Photographs: Sun Namgoong, Jeonghoon Lee Rural houses, or farmhouses are easily seen around countryside.

The main aim was to find solutions which would benefit the local population specifically and the environment of the region in general. The building is totally off-grid.