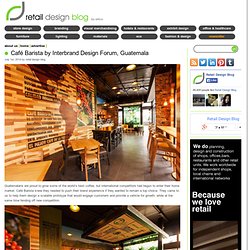 Café Barista knew they needed to push their brand experience if they wanted to remain a top choice. They came to us to help them design a scalable prototype that would engage customers and provide a vehicle for growth, while at the same time fending off new competition. To craft an experience that celebrated authenticity, good coffee and good company, our designers blended an inviting lounge feel with contemporary warehouse cool. We started with a signature palette of natural, indigenous materials, paying homage to the care that goes into producing the artisan coffee that anchors the extensive menu. Partitions and a variety of cozy seating options create individual conversation spaces suitable for different sized-groups – intimate pockets within a larger, cohesive environment. The new Café Barista experience has been a huge success. Kessalao Take Away by Masquespacio, Bonn – Germany. 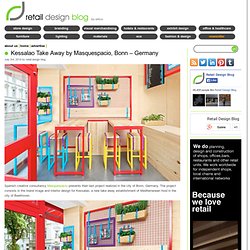 The project consists in the brand image and interior design for Kessalao, a new take away establishment of Mediterranean food in the city of Beethoven. Everything starts from the brand image and it’s naming that forms wordplay of the German “Kess” and the Spanish “Salao”, both traduced as cool and amusing boy. Being a play of words in two different languages combined by an s, a capital S needed to distinguish both words. Chop Chop fast-food Asian restaurant by Studio Praktik, Tel Aviv – Israel. Chop Chop is an Asian fast food restaurant in Tel Aviv. 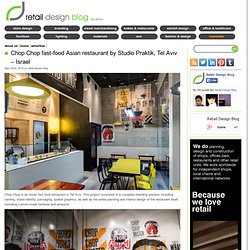 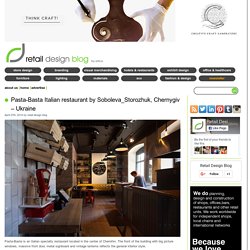 The front of the building with big picture windows, massive front door, metal signboard and vintage lanterns reflects the general interior style. The inside space is divided into two rooms. The first room consists of 2 areas: sitting area for visitors and work area – buffet. The buffet area is joined with an open kitchen. 88TH STREET fast food bar by Forbis Group, Cracow – Poland. 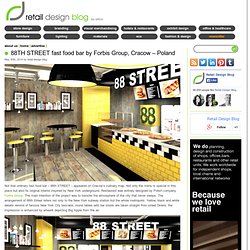 Not only the menu is special in this place but also its original interior inspired by New York underground. Restaurant was entirely designed by Polish company Forbis Group. Coca Grill restaurant by Integrated Field, Bangkok. Since 1957, with the original Hong Kong taste and the atmosphere of the place which is a combination between Chinese and Asian style, “Coca Suki” has became one of the best names in Suki restaurant in Thailand. 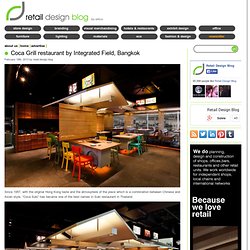 In 2012, Coca Holdings International Co. ,Ltd. decided to expand its boundary of taste with the grill food but still want the name Coca to be recognized by customers. That was how the name ‘Coca Grill’ originated. IF’s job was to find the main character of this new restaurant and use it as a guideline with all following branches. In the beginning of the design process, we were looking back in Coca history and searching for its characters, to find the ones those could be used in this brand new “Coca Grill”, to suit today behavior and the style for eating grilled food. 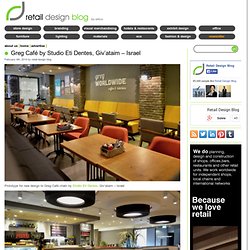 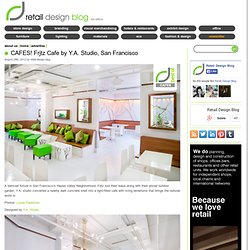 Y.A. studio converted a nearby dark concrete shell into a light-filled cafe with living terrariums that brings the outside world in. Photos: Lucas Fladzinsk. Tokyo curry Japanese restaurant by Friend’s Design, Seoul – South Korea. This is Japanese restaurant. 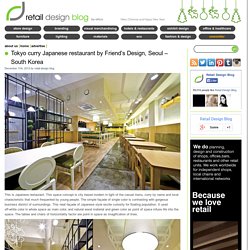 This space concept is city based modern in light of the casual menu, curry by name and local characteristic that much frequented by young people. The simple façade of single color is contrasting with gorgeous business district of surroundings. This neat façade of Japanese style excite curiosity for floating population. It used off-white color in whole space as main color, and natural wood material and green color as point of space infuse life into the space. The tables and chairs of horizontality factor are point in space as imagification of lines. Rafine Mitfak steak house by Melih Konuk, Bursa – Turkey. Bar by Kley Design, Kiev – Ukraine. Bar where only two prices for all food and drinks – 1 and 2 euro. 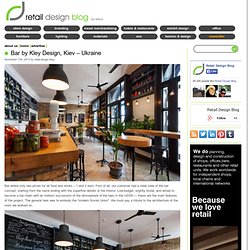 First of all, our customer had a clear view of the bar concept, starting from the name ending with the superfine details of the interior. Low-budget, slightly brutal, and aimed to become a bar chain with an indirect succession of the atmosphere of the bars in the USSR — these are the main features of the project. The general task was to embody the “modern Soviet Union”.