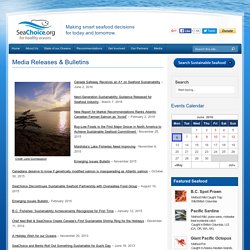 In EasterTurkish peppers with residues destroyed at Bulgarian border Turkish producers once again exported peppers to the European Union that did not meet the EU's phytosanitary requirements. 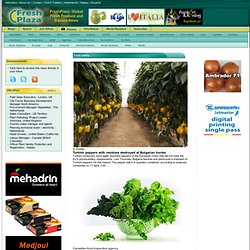 Last Thursday, Bulgaria blocked and destroyed a shipment of Turkish peppers for this reason.The pepper batch in question contained, according to analyses conducted on 17 April, 2.55..... Canadian food inspection agencyNo detectable pathogens for 99.9% of leafy green vegetables tested As part of the Canadian Food Inspection Agency's (CFIA) routine testing of various food products, a survey released today found that more than 99.9 per cent of leafy green vegetable samples had no detectable levels of bacterial pathogens and were safe to consume.As part of a five-year microbiological plan..... China: Imported food will soon have "Black List" warnings Regulations on imported foods will now be stricter. 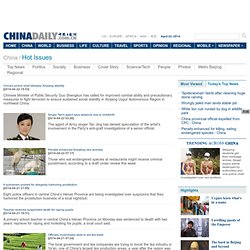 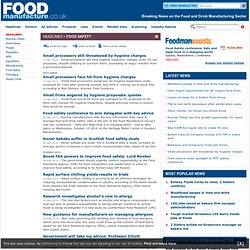 Terrestrial Animal Health. Saudi Arabia's King Abdullah sacked the country's health minister on Monday amid a spike in deaths and infections from the virus known as the Middle East respiratory syndrome, or MERS. 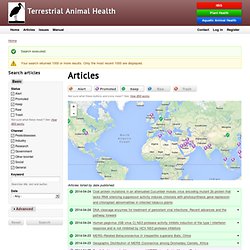 A royal order carried by the state news agency said Abdullah al-Rabiah was relieved of his post as health minister, and that Labor Minister Adel Faqih would temporarily lead the Health Ministry until a replacement is named. The statement said al-Rabiah will now serve as an adviser to the Royal Court. No reasons were given for the move, but it comes as the kingdom is scrambling to contain the spread of the coronavirus related to SARS. The Health Ministry says 79 people have died and more than 240 have been infected by the virus since 2012.

Saudi officials are struggling to alleviate concerns that the virus is spreading. A day before al-Rabiah was fired, he held a press conference to stress that the kingdom was taking sufficient measures and doing its utmost to deal with the virus. Import Alerts by Publish Date. Food Recall & Food Poisoning Information & Alerts. ExpertRECALL.