There is actually a large portion of the Tik Tok community that practices witchcraft. Mostly because they feel that their actions hold little consequences and they feel powerless in this current age. They are longing for that sense of control and hope that they can make a difference on a bigger scale. – jessicaharvan 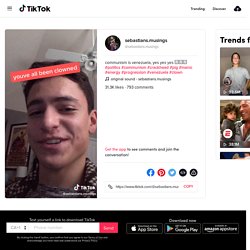 "You have to do some exercise, so have a walk, but, sometimes, a glass of wine may help," Legault said. During this difficult time Legault cracks a joke to ease the concerns of the people. Not only appealing to the wine moms but in essence the way of life of the French. It’s playful, cute and an automatic meme. Again demonstrating how we use humour as a coping mechanism today. – jessicaharvan

The short address came as the number of COVID-19 cases in the province once again increased substantially. 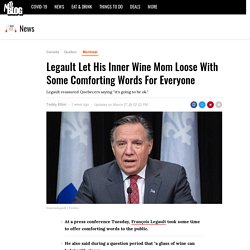 Legault underlined that the next few weeks will be among the most critical and urged residents to stay home and respect the established health regulations. □j e n n a◝╮’s Instagram profile post: “been doing ketamine therapy with @mymindbloom lately and other than it being super fun i’ve definitely noticed positive shifts in my mental…” 11 Local Montreal Heroes Who Are Helping Their Communities During These Difficult Times. Some Montreal locals have decided to offer their services during this time of quarantine.From free online workout classes to free medical advice, these locals are truly stepping up.Read what they're doing below! 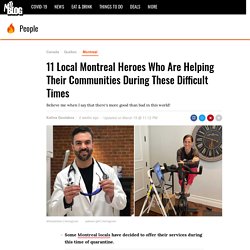 Visit MTLBlog for more headlines. Montreal is a city that I am ever so proud to live in, during both the good times and the bad. In the midst of everyone going through difficult times right now, it's nice to know that certain Montreal locals are taking this as an opportunity to lend out a helping hand. Green Projects Could Pull Economies Out of The Coronavirus Slump. Photographer: Patrick T. 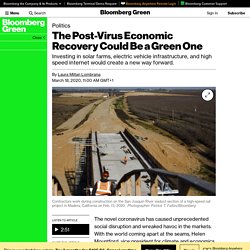 Fallon/Bloomberg The novel coronavirus has caused unprecedented social disruption and wreaked havoc in the markets. With the world coming apart at the seams, Helen Mountford, vice president for climate and economics at the World Resources Institute, thinks investment in clean technology and infrastructure could help put it back together again. “We have a great opportunity now to transition more quickly,” says Mountford, a former official at the Organisation for Economic Co-operation and Development and an expert in how economic measures can be used to reduce climate risks. “This is a moment when we can implement measures to help boost the economy, create jobs, and build climate resilience.”

NOWNESS on Instagram: “A former cult member hears music for the first time...⁠ ⁠ Tap the link in bio to see what happens □⁠ ⁠ DIRECTOR SPOTLIGHT ✨ @kristogger!…” USA TODAY: Latest World and US News - USATODAY.com. Nine out of 10 people found to be biased against women. Almost 90% of people are biased against women, according to a new index that highlights the “shocking” extent of the global backlash towards gender equality.

Essentially women’s rights have become a trend, something that is always spoken of but used for capitol gain instead of creating policy. Either companies are using women and thus sex to sell their products or women are being exploited in any way possible to create wealth for all industries and are rarely part of the conversation. The fact that 50% of the population doesn’t hold the same power as the rest is what gives these companies the upper hand to use women and their narratives for profit. We shouldn’t have to fight so hard for so long only to be continuously used in everyway. The fact that women are less then men seems to be common knowledge at this point as the older generations would prefer to hold onto their blinders rather than look as facts. The biggest trend is exploiting and using disenfranchised groups to make money and then using that money to keep policy in their favor, to create the most viscous and powerful power cycle. Almost as if basic human rights are a joke because a life cannot be quantified so it holds little meaning to the “elite.” – jessicaharvan

Despite progress in closing the equality gap, 91% of men and 86% of women hold at least one bias against women in relation to politics, economics, education, violence or reproductive rights. 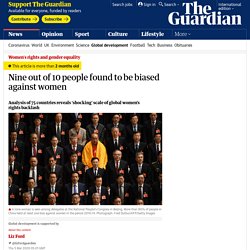 The first gender social norm index analysed data from 75 countries that, collectively, are home to more than 80% of the global population. It found that almost half of people feel men are superior political leaders and more than 40% believe men make better business executives. Almost a third of men and women think it’s acceptable for a man to beat his wife. Elon Musk tweeted a bizarre 'Sonic'-themed meme of Bernie Sanders after he won the New Hampshire primary. Elon Musk tweeted a meme of Sen. 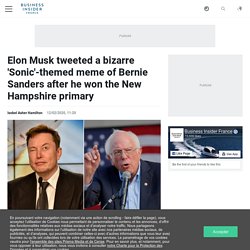 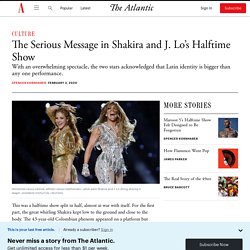 Lo Horizontal versus vertical, athletic versus mechanistic—what were Shakira and J. Lo doing sharing a stage? Lunar New Year: Gucci, Nike, and Apple made it a brand holiday. The stretch of time between end-of-year celebrations and Valentine’s Day is usually bleak. 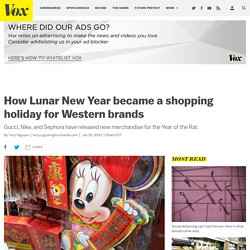 People are physically and financially drained from the holidays, and there’s not much to celebrate — a dry spell that has led brands to create a deluge of fake holidays like National Shortbread Day (January 6) and National Shop for Travel Day (January 14). Within the past decade, a spate of brands both luxury and affordable have adopted a new holiday into their calendars, one that’s already celebrated by more than a billion people annually: Lunar New Year.

Bell Let’s Talk Day sparked a conversation around mental health stigma. Is that still enough? Social media feeds will soon be inundated with stories about people at their lowest mental lows, friends and family lost to suicide and messages urging people to seek help, telling them they’re not alone. 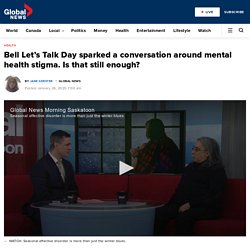 As it has done for the last nine years, on Jan. 29, Bell will donate five cents to mental health initiatives in Canada for every text (not iMessage) sent from a Bell customer’s phone, every tweet or retweet that includes #BellLetsTalk and every Snapchat sent using the company’s special filter. As the stigma-busting campaign approaches its 10th anniversary, Jasmine Vido, whose 2019 master’s thesis at the University of Windsor is titled A critical investigation of Bell Let’s Talk, says that while the day itself remains useful, more than just conversation is needed in the fight to address poor mental health. Story continues below advertisement Vido and others wants to see the mental health conversations sparked by Bell Let’s Talk Day shift beyond stigma. . — With files from the Canadian Press. Concept Talk on Instagram: “□ @concepttalk via @amoebahollywood”