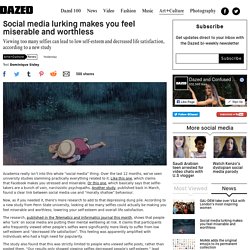 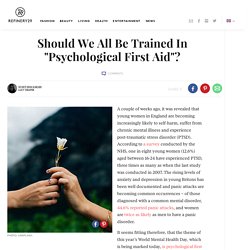 A couple of weeks ago, it was revealed that young women in England are becoming increasingly likely to self-harm, suffer from chronic mental illness and experience post-traumatic stress disorder (PTSD). According to a survey conducted by the NHS, one in eight young women (12.6%) aged between 16-24 have experienced PTSD, three times as many as when the last study was conducted in 2007. The rising levels of anxiety and depression in young Britons has been well documented and panic attacks are becoming common occurrences – of those diagnosed with a common mental disorder, 44.6% reported panic attacks, and women are twice as likely as men to have a panic disorder. It seems fitting therefore, that the theme of this year’s World Mental Health Day, which is being marked today, is psychological first aid.

Perhaps this term will not immediately mean anything to you – it certainly didn’t to me when I began researching this piece. The refugee crises you don't hear about. EU and African leaders are meeting in Malta this week to discuss the ongoing refugee crisis as thousands of people from the Middle East and North Africa continue to die on Europe's doorstep. 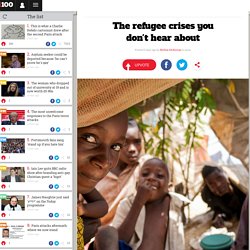 The plight of the millions who have fled civil war in Syria and Isis and the Taliban in Iraq and Afghanistan is well documented, even if these desperate people don't end up finding sanctuary elsewhere. But there is less understanding of the conflicts, discrimination, long-standing poverty and environmental issues that drive people from other countries around the world to risk everything by leaving home. Just some of the other festering problems world leaders are being called on to address at the EU-African summit and the UN COP21 climate conference in Paris later this month are: 1. Eritrea. Niloufar-ardalan-women-launch-hashtag-in-solidarity-with-iranian-footballer-s... A hashtag is being used to highlight the restrictions facing many women who live in Iran, after a female footballer’s story made international headlines. 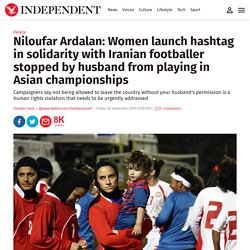 Niloufar Ardalan captains Iran’s women’s national football team, but she will not be able to lead her teammates in a tournament next week. Her name appeared in newspapers across the world after it was reported she would be unable to join her teammates travelling to Malaysia because her husband, Mahdi Toutounchi, would not sign papers allowing her to leave. Mr Toutounchi is a sports journalist who reportedly refused to allow her to travel because he wanted her to be present for their young son’s first day at school on 23 September.

Sienna Miller quits play after being offered half the wage of her male co-star. Vivienne Westwood takes the fracking debate to Cameron – in pictures. "Abstract" is a Line of Bespoke Textiles Based on Your Emotional State. If you’re looking for clothing that’s a bit more unique, considering bespoke clothes made by Abstract, which utilizes your webcam and your handwriting sample to generate bespoke textiles. 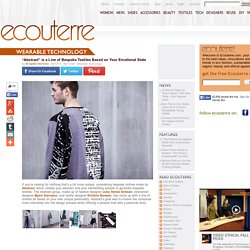 The Abstract group, made up of fashion designer Julie Helles Eriksen, interaction designer Bjørn Karmann, and textile designer Kristine Boesen, has come up with a line of clothes all based on your own unique personality. Abstract’s goal was to involve the consumer more intimately into the design process while offering a product that tells a personal story. The Danish designers created Abstract as part of their Bachelor project for their degree at Kolding Design School and as a way to involve the customer in the design of their clothes. The trio created a web portal that took a picture of the customer via the webcam. The customer was also asked to write a small story about anything that was personal to them.

Before & After: Old Celebrities With Their Younger Selves By Fulvio Alejandro. Colombian artist Fulvio Obregon, AKA Fulaleo, combined the old with the new in his collection of illustrations “Yo & Mi Otro Yo.” 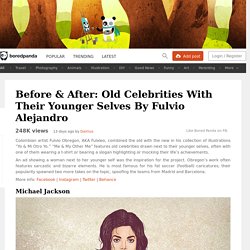 “Me & My Other Me” features old celebrities drawn next to their younger selves, often with one of them wearing a t-shirt or bearing a slogan highlighting or mocking their life’s achievements. An ad showing a woman next to her younger self was the inspiration for the project. Obregon’s work often features sarcastic and bizarre elements. He is most famous for his fat soccer (football) caricatures; their popularity spawned two more takes on the topic, spoofing the teams from Madrid and Barcelona. I Turned My Grandma’s Old Van Into A Mobile Home So I Could Travel Across North America. Angelina Jolie gives evidence on sexual violence in war - BBC News. Angelina Jolie has joined ex-UK Foreign Secretary William Hague to give evidence to a House of Lords committee on sexual violence in conflict. 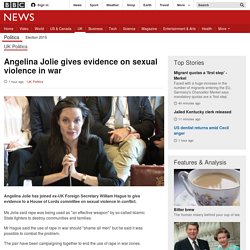 Ms Jolie said rape was being used as "an effective weapon" by so-called Islamic State fighters to destroy communities and families. Mr Hague said the use of rape in war should "shame all men" but he said it was possible to combat the problem. The pair have been campaigning together to end the use of rape in war zones. Last year they hosted a global summit in London attended by representatives from more than 100 countries aimed at raising awareness and tackling the issue. How to meet anna wintour. Roberta einer makes clothes for sophisticated barbie girls. Roberta Einer was born in Tallinn, Estonia, but there's definitely some East London mixed in with her Baltic accent. 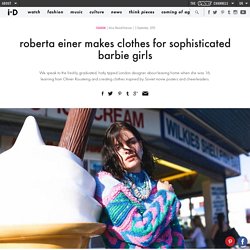 Cecil the lion-hunter talks for the first time. © Rex Images Walter Palmer, the dentist who faced a world-wide furore after killing lion in Zimbabwe, disputes accounts of how Cecil died The American dentist whose killing of Cecil the lion fueled a global backlash emerged on Sunday for an interview in which he disputed some accounts of the hunt, expressed agitation at the animosity directed at those close to him and said he would be back at work within days. 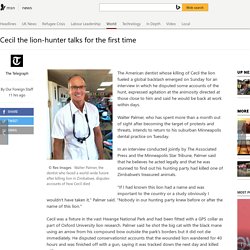 Walter Palmer, who has spent more than a month out of sight after becoming the target of protests and threats, intends to return to his suburban Minneapolis dental practice on Tuesday. In an interview conducted jointly by The Associated Press and the Minneapolis Star Tribune, Palmer said that he believes he acted legally and that he was stunned to find out his hunting party had killed one of Zimbabwe's treasured animals. ​join savannah baker’s adidas gyal dem. 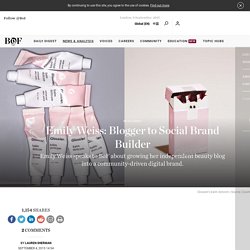 Over the past year, Weiss has gleaned plenty of insights — from Instagram comments, emails and online surveys — that she has been able to leverage as she develops her brand, product offering and customer experience. Take, for instance, consumers living outside of the US, who were unable to order products. “The number one question we get is about international shipping,” Weiss says. New 'Hipster' Barbie Has The Best Instagram Account Ever! Melanie Gaydos: Model With Ectodermal Dysplasia Is Making Waves In The Fashion World. A woman with a rare genetic disorder has revealed how modelling has injected her life with confidence. Former fine art student Melanie Gaydos lives with ectodermal dysplasia, a disorder that effects the development and function of teeth, hair, nails and sweat glands. The 27-year-old has alopecia, a bilateral cleft palate, no teeth and is partially blind, but none of this has stopped her from pursuing a career in front of the lens.

Melanie Gaydos lives with a rare genetic condition called ectodermal dysplasia Speaking in an interview for the What’s Underneath Project, Gaydos revealed she endured between 30 and 40 surgeries as a young woman and grew up in an abusive, alcoholic family environment, leaving her struggling with suicidal thoughts. "Growing up, I never thought I’d be alive past the age of 18," she says in the video. Elderly People Who Probably Don’t Realize What They’re Wearing. Holy Selfie: Satirical Illustrations Of Religious People By Gunduz Agayev. Painter Gunduz Agayev often draws caricatures criticizing the religion. In his works he touches the problems regarding education, social injustice, human rights and religious fundamentalism. This is his new series of religious people of world, his satirical approach to religion.

Agayev’s three exhibitions has been held so far. Now the painter collaborates with three magazines. More info: meydan.tv. Islamic State has killed at least 30 people for sodomy, UN told. Islamic State has claimed responsibility for killing at least 30 people for sodomy, the head of an international gay rights organisation has told the first UN security council meeting in New York to focus on violence and discrimination against lesbian, gay, bisexual and transgender people.

104-Year-Young Grandpa Has More Style Than You (And Less Years Than Internet Says) Willow and jaden smith ask the fashion world, "yo, who made all these rules?" He-said-what-karl-lagerfeld-s-most-memorable-quotes. The outspoken designer has an opinion on everything. Ex-Oasis chief Richard Glanville in Ricci Gallagher death arrest - BBC News. The former chief financial officer of a fashion company that owned Oasis and Warehouse is one of two men who have been arrested following a man's death. The fashion photographer who was homeless for six years. Two Friends Turned Their Van Into A Mobile Laundromat To Wash Clothes For The Homeless. Budget Your Style: My Project Shows That New Does Not Necessarily Mean Better. Why I Quit The Fashion Industry To Live In A Cabin In The Woods. In Tory Britain, young people are having their future stolen. The Scale Of Nature: I Photographed People In The Alps To Show How Small We Are.