What the 2011 Summer Riots Were Really About. (Photos by Henry Langston) It's been five years, and the question still remains of how we make sense of the English riots of 2011. 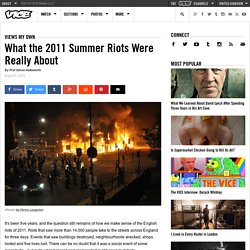 Riots that saw more than 14,000 people take to the streets across England for three days. Can Gays Against Guns Break the American Gun Industrial Complex? Members of Gays Against Guns stage a die-in at the offices of BlackRock, Inc. in New York City. 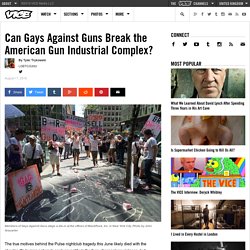 Photo by John Grauwiler The true motives behind the Pulse nightclub tragedy this June likely died with the shooter. It's human nature to seek causality in the face of senseless violence, but speculative reasons that he chose a popular gay nightclub on a Latin dance night to murder 49 people—that he was a closeted gay man, that he had been spurned by a former lover—remain in question. There's evidence that the shooter may have been self-radicalized and wanted America to stop bombing Iraq and Syria, but facts beyond that remain hazy.

One remains: Had the shooter been unable to purchase the assault weapons and thousands of rounds of ammunition he used, the massacre may never have happened. Note: Interview has been condensed and edited for clarity. VICE: Why BlackRock? The Unhealthy Truth Behind 'Wellness' and 'Clean Eating' Illustration by Marta Parszeniew. 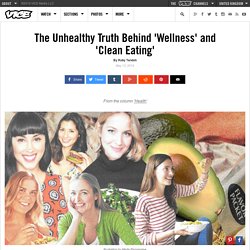 A few years ago, I found wellness. My body felt like a burden, and the food I ate didn't seem to energise me or push me on: it dulled my edges, left me foggy, soft and slow. So I made a change. I got rid of the chocolate bars, microwave meals and cakes. I read about plant-based diets, and stopped eating meat, fish, dairy, eggs and anything too processed. At the end of January 2015, while most of us were still barely roused from the post-Christmas stupor, Ella Mills (née Woodward) was breaking records. Ella Mills is at the crest of a wave. On Munchies: Ruby Tandoh Won't Judge You for Ordering a Cappuccino with Extra Chocolate It's "wellness" that's on the menu in this new generation of cookbooks – a term so happily imprecise that it's perhaps easier to frame in terms of what it isn't than what it is. As early as 1968, alarm began to spread about a potentially toxic ingredient smuggled into the food we love. Direct-to-Consumer Labels Sharpen Their Brands.

NEW YORK, United States — When married designers Lisa Mayock and Jeff Halmos began planning the June 2016 launch of their graphics t-shirt range Monogram, there was no question that they would adopt a direct-to-consumer business model made possible by e-commerce, which is relatively cheaper than opening a physical store and allows a brand to market directly to customers across the globe. 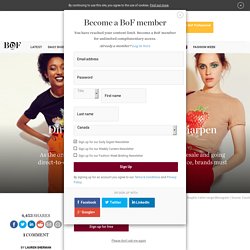 “Jeff and I both have a wholesale background, and what we liked about direct-to-consumer was that it’s about getting feedback in real time,” says the New York-based Mayock, who co-designed the line Vena Cava, while Halmos did Shipley & Halmos. “In wholesale, you would ship to the store and it would be a game of telephone to find out what the customer liked or didn’t like.” Between the Catwalk and the Consumer: Fashion’s Growing Diversity Gap. LONDON, United Kingdom — Bethann Hardison remembers the days when, before every New York Fashion Week, “Casting directors would send out notices to all the modelling agencies in the city, saying 'no blacks, no ethnics' — we don’t want to see them.” 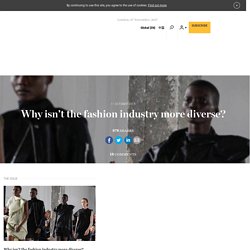 Back then, the issue of diversity in the fashion industry had “got lost like a splinter,” says Hardison, a former model and founder of the Diversity Coalition, which works with industry bodies like the CFDA to raise awareness about racial diversity and discrimination in fashion. Data Alone Can’t Decode the Fashion Consumer. SAN FRANCISCO, United States — As another fashion month has come and gone, it’s clearer than ever that our sartorial psyche and shopping behaviours are as close to our phones and computers as our fingers are. 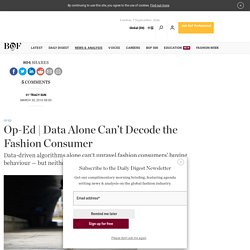 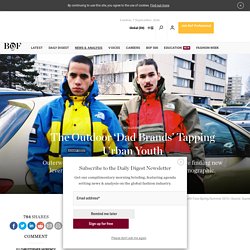 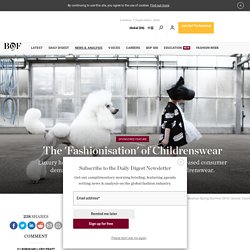 People are very conscious of how they want their children to look,” says Ellen Kirkhope, kidswear director at trend forecasting agency WGSN. Indeed, consumers have become more likely to make childrenswear purchases based on fashion, rather than practicality, sparking a creative revolution in the growing childrenswear market. The global childrenswear market racked up sales of €135.6 billion in 2015, up from €122.1 billion in 2010, according to Euromonitor, creating commercial opportunity for new brands. “There is a huge increase in the supply of brands and labels that are actually manufacturing kids’ clothes. I’ve been working in childrenswear since late 1997 and at that point I probably only dealt with 60 labels. Bobo Choses Spring/Summer 2016 | Source: Courtesy International Upstarts. 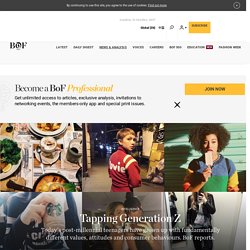 Abercrombie & Fitch, Aéropostale and American Eagle — once sought-after brands among high-school kids in the US — have seen their popularity and profits plummet. Since 2010, Abercrombie & Fitch has closed more than 275 stores, while Aéropostale shuttered over 120 stores in 2014 alone. For one, these retailers were hurt by their over-reliance on footfall to shopping malls and failed to adapt quickly enough to the rise of social media platforms, where today's teenagers spend far more time. At the same time, they were out-priced and out-designed by fast fashion giants like H&M and Zara. Strategic failures like these have played a significant role in the downfall of traditional teen retailers. Living Digital Lives Generation Z was born digital. Indeed, 92 percent of US teens go online daily, and 24 percent are online “almost constantly,” according to a 2015 report by the Pew Research Center. The Rise of the Fashion Hipster. NEW YORK, United States — This past Paris Fashion Week, the young label Vetements headed by Demna Gvasalia was the talk of the town and their instantly recognisable logo-ed raincoats and sweatshirts were seemingly everywhere. 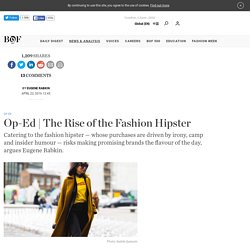