The General Prologue - An Electronic Edition. The Complete History & Progression of Bloodletting. Let's say you just can't seem to wake up in the morning and you remain tired throughout the day. 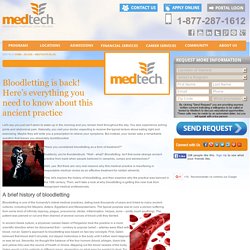 You also experience aching joints and abdominal pain. Naturally, you visit your doctor, expecting to receive the typical lecture about eating right and exercising. Maybe they will write you a prescription to relieve your symptoms. But instead, your doctor asks a remarkable question that leaves you absolutely dumbfounded. "Have you considered bloodletting as a form of treatment? " Suddenly, you're thunderstruck. Well, yes. First, let's explore the history of bloodletting, and then examine why the practice was banned in the 19th century. A brief history of bloodletting Bloodletting is one of the humanity's oldest medical practices, dating back thousands of years and linked to many ancient cultures, including the Mayans, Aztecs, Egyptians and Mesopotamians.

Ral ounces of blood until they fainted. Bloodletting was also prominent in the early days of some of the world's most practiced religions. MY ICELAND: Drangey. Few places I have been to in Iceland have impressed me as much as the island of Drangey, which we visited this past summer. 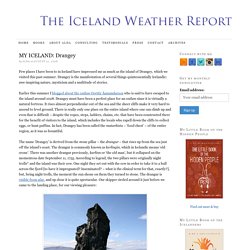 Drangey is the manifestation of several things quintessentially Icelandic: awe-inspiring nature, mysticism and a multitude of stories. Earlier this summer I blogged about the outlaw Grettir Ásmundarson who is said to have escaped to the island around 1028. Drangey must have been a perfect place for an outlaw since it is virtually a natural fortress. It rises almost perpendicular out of the sea and the sheer cliffs make it very hard to ascend to level ground. There is really only one place on the entire island where one can climb up and even that is difficult – despite the ropes, steps, ladders, chains, etc. that have been constructed there for the benefit of visitors to the island, which includes the locals who rapell down the cliffs to collect eggs, or hunt puffins. 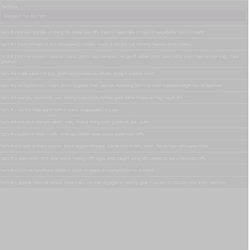 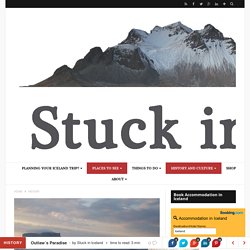 When you sail towards it it looks imposing and unwelcoming. When you get there you need climb up a steep ladder to get to the top of it. This island does not give up its secrets easily. Drangey is located in Skagafjörður fjord in the North of Iceland. In many ways, Skagafjörður is a great tourist destination. Drangey is a strictly a summertime destination, I wouldn´t be interested in scaling it in the middle of winter. One of the many alleged feats by Grettir is that he swam the some 7 KM way to the mainland when their fire was extinguished. This swim has been repeated by 15 swimmers since 1927. The forming of the island was explained by a tale of two giants, one female and one male, crossing the fjord with the fjord with their cow in tow.

I have to admit that I can hardly tell birds a part but bird watchers should get their money worth in Drangey. View Larger Map Ready for a Road Trip in Iceland? Comments. The Middle Ages: Feudal Life.