I love to sprinkle my knowledge of interest upon different areas like Cybersecurity, IoT, Malware attacks. Which Always keep me up to learn something new. 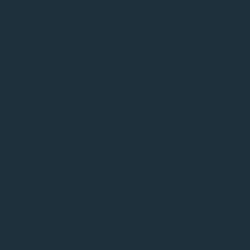 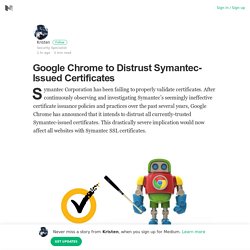 After continuously observing and investigating Symantec’s seemingly ineffective certificate issuance policies and practices over the past several years, Google Chrome has announced that it intends to distrust all currently-trusted Symantec-issued certificates. This drastically severe implication would now affect all websites with Symantec SSL certificates. This is not the first time that Symantec has issued certificates without adhering to the necessary policies and practices.

Google To Distrust Symantec Certificates. Google announced that it will start gradually distrusting Symantec’s certificates, after Symantec was caught improperly issuing 30,000 certificates over the past few years. 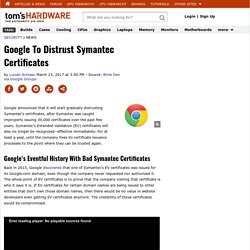 Symantec’s Extended Validation (EV) certificates will also no longer be recognized--effective immediately--for at least a year, until the company fixes its certificate issuance processes to the point where they can be trusted again. Google's Eventful History With Bad Symantec Certificates Back in 2015, Google discovered that one of Symantec’s EV certificates was issued for its Google.com domain, even though the company never requested nor authorized it. Google To Distrust Symantec Certificates. Google takes Symantec to the woodshed for mis-issuing 30,000 HTTPS certs. In a severe rebuke of one of the biggest suppliers of HTTPS credentials, Google Chrome developers announced plans to drastically restrict transport layer security certificates sold by Symantec-owned issuers following the discovery they have issued more than 30,000 certificates. 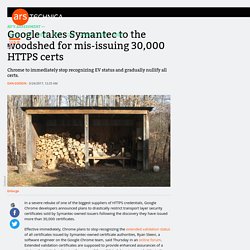 Effective immediately, Chrome plans to stop recognizing the extended validation status of all certificates issued by Symantec-owned certificate authorities, Ryan Sleevi, a software engineer on the Google Chrome team, said Thursday in an online forum. Extended validation certificates are supposed to provide enhanced assurances of a site's authenticity by showing the name of the validated domain name holder in the address bar. Under the move announced by Sleevi, Chrome will immediately stop displaying that information for a period of at least a year. In effect, the certificates will be downgraded to less-secure domain-validated certificates. In Thursday's post, Sleevi wrote: The SSL and TLS protocols encrypt the connect… The Importance Of The Padlock In Your Secure SSL Website Address Bar - While there has been a campaign to educate online shoppers and ecommerce sites about the importance of proper security, there continues to be some confusion and perhaps a misunderstanding about the different signs and symbols of a website using SSL certificate security. 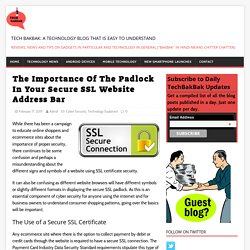 It can also be confusing as different website browsers will have different symbols or slightly different formats in displaying the secure SSL padlock. As this is an essential component of cyber security for anyone using the internet and for business owners to understand consumer shopping patterns, going over the basics will be important. The Use of a Secure SSL Certificate. Wildcard SSL Certificate Explained by COMODO by emilylauren2490 on DeviantArt. Understanding the Different Versions of SSL and TLS by kristen theron. What is SSL? 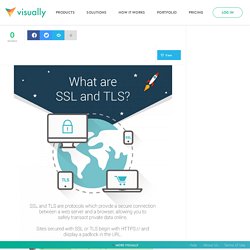 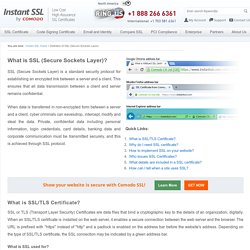 This ensures that all data transmission between a client and server remains confidential. When data is transferred in non-encrypted form between a server and a client, cyber criminals can eavesdrop, intercept, modify and steal the data. Private, confidential data including personal information, login credentials, card details, banking data and corporate communication must be transmitted securely, and this is achieved through SSL protocol. What is SSL/TLS Certificate? Wildcard SSL: What They are and How They Help You with Your Online Business. Embed Code Embeded for hosted site: Click the code to copy. 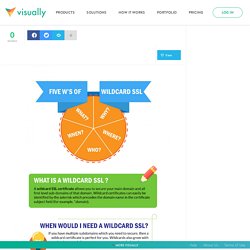 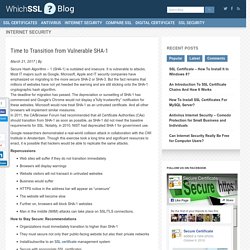 It is vulnerable to attacks. Most IT majors such as Google, Microsoft, Apple and IT security companies have emphasized on migrating to the more secure SHA-2 or SHA-3. But the fact remains that millions of websites have not yet heeded the warning and are still sticking onto the SHA-1 cryptographic hash algorithm. The deadline for migration has passed. The depreciation or sunsetting of SHA-1 has commenced and Google’s Chrome would not display a”fully trustworthy” notification for these websites.

Google researchers demonstrated a real-world collision attack in collaboration with the CWI Institute in Amsterdam. EV SSL – Why is it important on Banking Websites. Hackers are prying over the digital environment to gain monetary benefits. 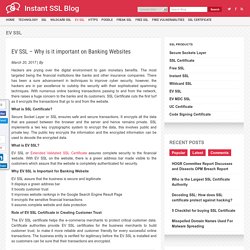 The most targeted being the financial institutions like banks and other insurance companies. There has been a sure advancement in techniques to improve cyber security, however, the hackers are in par excellence to outstrip the security with their sophisticated spamming techniques. With numerous online banking transactions passing to and from the network, there raises a huge concern to the banks and its customers.

SSL Certificate cuts the first turf as it encrypts the transactions that go to and from the website. SSL(Secure Sockets Layer): What They Are and How They Could Help You with Your Website. Why Big Organizations Need Wildcard SSL Certificates? by Jenifer Lawren (jeniferlawren) on Mobypicture. Wildcard SSL Certificate Video, SSL, SSL Certificate. The Use Of Free Internet Security To Decrease Breaches. Internet Published on February 15th, 2017 | by Guest There are several top security programs available use on a home computer, smartphone, tablet or even throughout a home network.

There are even a handful of companies offering free systems for home computers, which provides a very easy way for anyone to protect his or her computer from hackers, security breaches and malware. The reason that these top software security companies are willing to provide free security software is because of the belief that by protecting everyone, the internet is a safer place for all. By limiting access to network-connected machines by hackers, there is much less risk of all types of security issues for companies and businesses as well as for other individuals.

When all computers are using the right type of cybersecurity software, even if it is free internet security, there is a drop in the overall cyber security risk. Discover Different Types of SSL Certificates from Trusted Certificate Authority. Dynamics of Cyber Security in the New, Hyperconnected World. This is the age of digital revolution. Individuals, organizations as well as nations are embracing digitalization and seek to make use of the opportunities that it provides.

Today, modern technologies like the cloud, IoT (Internet of Things), mobile applications etc are being used to cut across boundaries and benefit businesses. Businesses now vie with one another to make the most of these technologies, which help them in cutting costs as well. At the same time, cybercriminals too have gone in for a tactical shift and now their presence is sort of all-pervading. They can simply attack anyone anytime; thus everyone who uses the internet in one way or the other could expect to get attacked or hacked by cyber attackers. Learn what is Firewall and how it works.