Researching and organizing information for the knowledge and well-being of others. 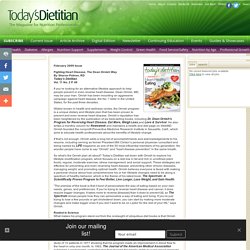 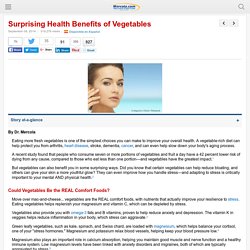 Mercola Eating more fresh vegetables is one of the simplest choices you can make to improve your overall health. A vegetable-rich diet can help protect you from arthritis, heart disease, stroke, dementia, cancer, and can even help slow down your body's aging process. A recent study found that people who consume seven or more portions of vegetables and fruit a day have a 42 percent lower risk of dying from any cause, compared to those who eat less than one portion—and vegetables have the greatest impact.1 But vegetables can also benefit you in some surprising ways. Did you know that certain vegetables can help reduce bloating, and others can give your skin a more youthful glow?

Could Vegetables Be the REAL Comfort Foods? Move over mac-and-cheese... vegetables are the REAL comfort foods, with nutrients that actually improve your resilience to stress. 10 Healthiest Ethnic Foods. Toddler Palate Development. The importance of introducing new foods early and often. 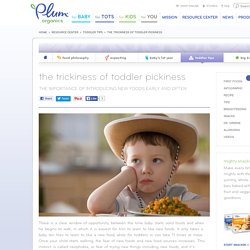 You're Still Not Eating Enough Vegetables. Americans are not getting close to eating enough fruits and vegetables daily, a new government report finds. 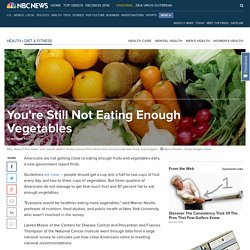 Guidelines are clear -- people should get a cup and a half to two cups of fruit every day and two to three cups of vegetables. But three-quarters of Americans do not manage to get that much fruit and 87 percent fail to eat enough vegetables. "Everyone would be healthier eating more vegetables," said Marion Nestle, professor of nutrition, food studies, and public health at New York University, who wasn't involved in the survey. Latetia Moore of the Centers for Disease Control and Prevention and Frances Thompson of the National Cancer Institute went through data from a large national survey to calculate just how close Americans come to meeting national recommendations. People who eat just five servings of fruits and vegetables a day lower their risk of cancer, heart disease, stroke, diabetes and other conditions.

Forminggoodhabitsinchildrentoavoidobesity. Changing Habits Habits are automatic actions that have been learned through frequent repetition. 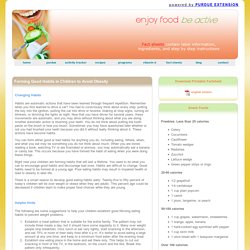 Remember when you first learned to drive a car? You had to consciously think about every step: putting the key into the ignition, putting the car into drive or reverse, braking at stop signs, turning on blinkers, or dimming the lights at night. Now that you have driven for several years, these movements are automatic, and you may drive without thinking about what you are doing. Another automatic action is brushing your teeth. Top 12 Healthy Foods for Better Immune System. The flu season is upon us. 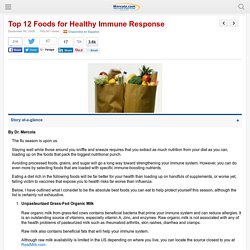 Staying well while those around you sniffle and sneeze requires that you extract as much nutrition from your diet as you can, loading up on the foods that pack the biggest nutritional punch. Avoiding processed foods, grains, and sugar will go a long way toward strengthening your immune system. However, you can do even more by selecting foods that are loaded with specific immune-boosting nutrients. Top 10 Reasons To Grow Your Own Organic Food. 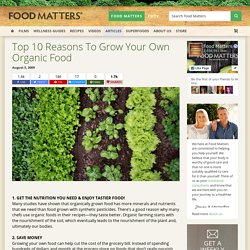 GET THE NUTRITION YOU NEED & ENJOY TASTIER FOOD! Many studies have shown that organically grown food has more minerals and nutrients that we need than food grown with synthetic pesticides. There’s a good reason why many chefs use organic foods in their recipes—they taste better. Organic farming starts with the nourishment of the soil, which eventually leads to the nourishment of the plant and, ultimately our bodies. 2. Fruit and vegetable vouchers could buy poorer people a more nutritious diet.

Allison Vitalis is using vouchers to buy oranges, apples and plums at her local market in east London. 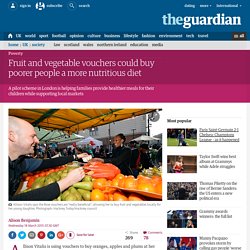 Last week, she exchanged her vouchers, each worth £1, for cassava, plantain and yellow yam at the neighbouring Caribbean stall. “As a single mum living on benefits, since I took the decision to stay at home to bring up my three-year-old daughter, Ariette, it’s been a struggle sometimes finding the money for fruit and vegetables to feed the family,” she says. “So the vouchers are really beneficial.” A Breakdown Of The Most Searched Diets Of 2015. 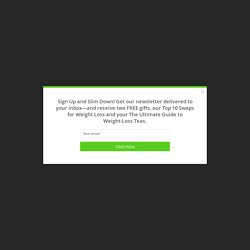 Living in the South or the Midwest might be increasing your risk of weight gain. That’s where the states with the highest obesity rates—including Arkansas, West Virginia, North Dakota and Indiana—are located, according to a new report by the Robert Woods Johnson Foundation and Trust for America’s Health. And those aren’t just trivial numbers: when the rate of obesity in your state increases, your own personal risk may increase as well. Recent research at Harvard has shown that your social circle—the folks you interact with on a daily basis—can dramatically impact your own health and fitness. In fact, just having a close friend who becomes obese raises your own risk by 57 percent. Raw Food Diet Review: Benefits, What You Eat, & More. Meals & holiday entertaining. FoodTimeline library Food Timeline FAQs: meals & holiday entertaining.....Have questions? 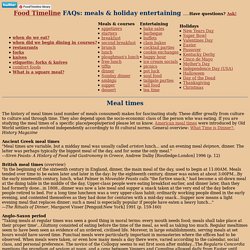 Ask! Meal times The history of meal times (and number of meals consumed) makes for fascinating study. The U.S. ranks 26th for life expectancy, right behind Slovenia. Back in the 1970s, Americans typically lived longer than residents of other countries. Not anymore: A new report out this morning from the OECD shows that the United States' average lifespan has fallen one year behind the international average, lower than Canada and Germany, more akin to the Czech Republic and Poland. This isn't to say our life expectancy has gone down: Quite the opposite: you can actually expect to live about eight years longer in the United States right now than you would have in 1970. But our life expectancy is growing a lot more slowly than other countries. This 213-page, graph-laden OECD report tells the story of why. It shows the United States as a country that is spending tons and tons on health care--but getting way less than other countries out of that investment.