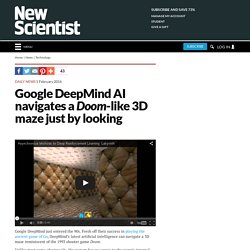 Fresh off their success in playing the ancient game of Go, DeepMind’s latest artificial intelligence can navigate a 3D maze reminiscent of the 1993 shooter game Doom. Unlike most game-playing AIs, the system has no access to the game’s internal code. Google DeepMind's program beats human at Go. Google’s software engineers have taught a computer program to beat almost any human at an ancient and highly complex Chinese strategy game known as “Go.” 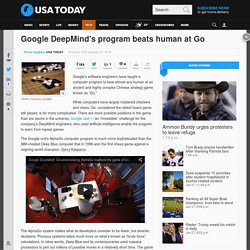 While computers have largely mastered checkers and chess, Go, considered the oldest board game still played, is far more complicated. There are more possible positions in the game than are atoms in the universe, Google said — an “irresistible” challenge for the company’s DeepMind engineers, who used artificial intelligence enable the program to learn from repeat games.

The Google unit's AlphaGo computer program is much more sophisticated than the IBM-created Deep Blue computer that in 1996 won the first chess game against a reigning world champion, Garry Kasparov. The AlphaGo system makes what its developers consider to be fewer, but smarter, decisions. Previous systems relied much more on what’s known as “brute force” calculations. Texting and Driving Statistics. Texting And Distracted Driving Infograaphic Texting and Driving Statistics Texting while driving is a growing trend, and a national epidemic, quickly becoming one of the country’s top killers. 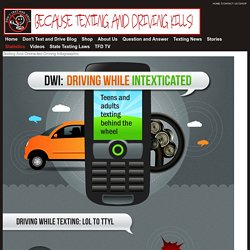 Wiki:Schedule. Blastophaga. Blastophaga is a wasp genus in the family Agaonidae (fig wasps) which pollinate figs or are otherwise associated with figs, a coevolutional relationship that has been developing for at least 80 million years. 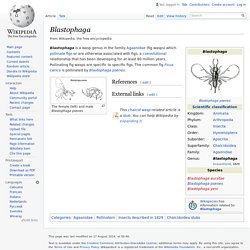 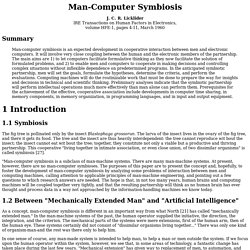 Mind Amplifier: New TED ebook author asks whether digital media can make us smarter. Are we becoming blank-eyed cyberzombies, thanks to the internet and all the tech tools we obsess about every day? 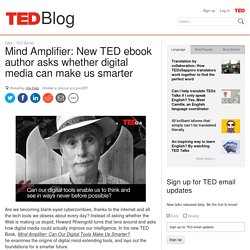 Instead of asking whether the Web is making us stupid, Howard Rheingold turns that lens around and asks how digital media could actually improve our intelligence. What Is a Book? - Alexis C. Madrigal. BookTraces is a new project to track down the human markings in 19th-century books that, in the era of digitization, will (at best) end up in deep storage throughout the nation's library system. 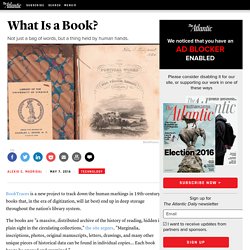 The books are "a massive, distributed archive of the history of reading, hidden in plain sight in the circulating collections," the site argues. "Marginalia, inscriptions, photos, original manuscripts, letters, drawings, and many other unique pieces of historical data can be found in individual copies... Could 'method writing' be the future for novelists? Image copyright AP. 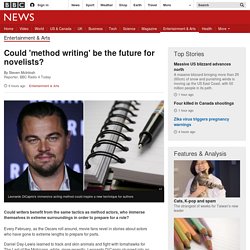 Neil Harbisson: I listen to color. US military aims to create cyborgs by connecting humans to computers. The US government is researching technology that it hopes will turn soldiers into cyborgs, allowing them to connect directly to computers. 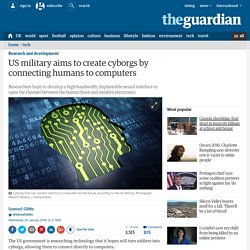 The US military’s Defense Advanced Research Projects Agency (Darpa) has unveiled a research programme called Neural Engineering System Design (NESD) which aims to develop an implantable neural interface, connecting humans directly to computers. Human-computer interfaces are not a new research topic, but most have been hampered by slow, limited control, providing movement of robotic prosthetics or allowing humans to input text or similar into a computer by concentrating on certain feelings or thoughts of motions. Tech Time Warp of the Week: Douglas Adams Glimpsed Tech's Future in This 1990 BBC Film. DARPA looks to revolutionize neural interface implants - Images. DARPA has announced a program aimed at developing a cutting edge neural implant capable of forming a communication bridge between a human brain and electronic devices. 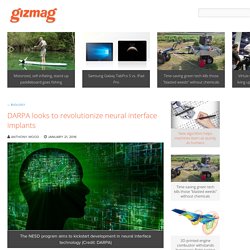 It is hoped that technology developed under the Neural Engineering System Design program will have a wide range of applications in research and healthcare. Here's What Tor's Data Looks Like as It Flows Around the World. For a tool that’s meant to serve as a cloak of online anonymity, Tor is surprisingly transparent.

The non-profit Tor project whose software powers its network of thousands of volunteer proxy computers also publishes a frequently updated collection of data about the location and bandwidth of those privacy-enhancing machines on desks and in datacenters around the world. Now a data visualization company has assembled that data into an interactive graphic, beautifully capturing the Tor network’s complexity and scale. BROOKS ENGLAND - Leather Saddle Lines. Social Network Theory & Media Augmentation Digital Presentation by Stephanie Morin on Prezi.

Sound of your own voice may help you understand your emotions. Like the sound of your own voice? You may be more emotionally in tune than the rest of us. This is the upshot of a study that suggests people use their voice to help them understand their own emotions. You’d be forgiven for assuming that feelings come first, followed by their outward expression, but in the past few years it has become clear that it’s more of a two-way street.