Top 10 Raspberry Pi Projects for Beginners. 'Morphing' wing offers new twist on plane flight and manufacturing: A new twist on airplane wing design. When the Wright brothers accomplished their first powered flight more than a century ago, they controlled the motion of their Flyer 1 aircraft using wires and pulleys that bent and twisted the wood-and-canvas wings. 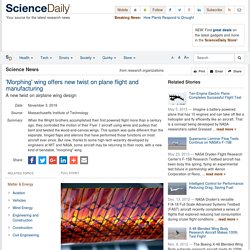 This system was quite different than the separate, hinged flaps and ailerons that have performed those functions on most aircraft ever since. But now, thanks to some high-tech wizardry developed by engineers at MIT and NASA, some aircraft may be returning to their roots, with a new kind of bendable, "morphing" wing. Untitled. SOLIDWORKS Student Design Kit - EAA Maker Edition. EAA Members may download the software and obtain a one-year license to use the software. 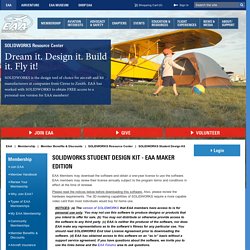 EAA members may renew their license annually subject to the program terms and conditions in effect at the time of renewal. Please read the notices below before downloading this software. Also, please review the hardware requirements. The 3D modeling capabilities of SOLIDWORKS require a more capable video card than most individuals would buy for home use. NOTICES: (a) The version of SOLIDWORKS that EAA members have access to is for personal use only. Sign In. Sign in Use your Microsoft account. 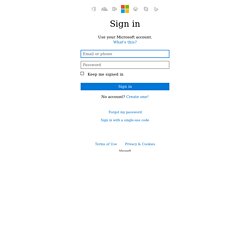 What's this? No account? Create one! Forgot my password. Finessing Miniaturized Magnetics into the Microelectronics Mix. A newly-announced DARPA program is betting that unprecedented on-chip integration of workhorse electronic components, such as transistors and capacitors, with less-familiar magnetic components with names like circulators and isolators, will open an expansive pathway to more capable electromagnetic systems. 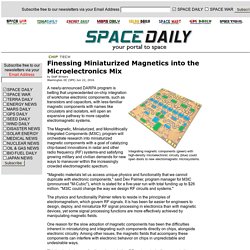 Game-changing rotary engine muscles a go-kart. Imagine an engine that's 30 percent smaller than a traditional piston design of like output, and that runs smoothly, with less noise and vibration. 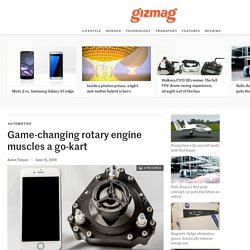 Plus, it burns several types of fuel. That's the LiquidPiston X rotary engine, which was recently demonstrated powering a go-kart. The LiquidPiston rotary engine is a non-Wankel design that we've featured on Gizmag before. NASA confirms that the ‘impossible’ EmDrive thruster really works, after new tests. 'Spring-mass' technology heralds the future of walking robots. A study by engineers at Oregon State University suggests that they have achieved the most realistic robotic implementation of human walking dynamics that has ever been done, which may ultimately allow human-like versatility and performance. 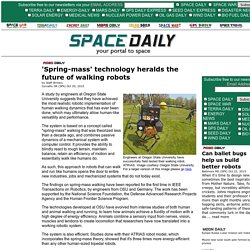 The system is based on a concept called "spring-mass" walking that was theorized less than a decade ago, and combines passive dynamics of a mechanical system with computer control. It provides the ability to blindly react to rough terrain, maintain balance, retain an efficiency of motion and essentially walk like humans do. As such, this approach to robots that can walk and run like humans opens the door to entire new industries, jobs and mechanized systems that do not today exist.

New centimeter-accurate GPS system could transform virtual reality and mobile devices. Researchers in the Cockrell School of Engineering at The University of Texas at Austin have developed a centimeter-accurate GPS-based positioning system that could revolutionize geolocation on virtual reality headsets, cellphones and other technologies, making global positioning and orientation far more precise than what is currently available on a mobile device. 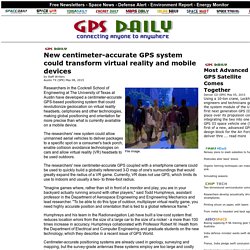 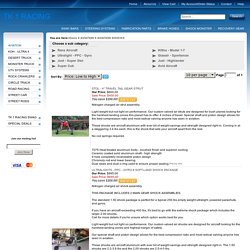 The standard 1.50 shock package is perfect for a typical 250 lbs empty weight ultralight, powered parachute, and gyros. If you have an aircraft exceeding 400 lbs, it's best to go with the extreme shock package which includes the larger 2.00 shocks. Call for more details if you're unsure which option works best for you. Light weight but not light on performance. Our custom valved air shocks are designed for aircraft looking for the harshest landing zones and highest margin of safety. Japanese Firm Plans Space Elevator to Run by 2050. Japanese construction company Obayashi has announced that it plans to build a space elevator by the year 2050, as reported by Australia's ABC news. 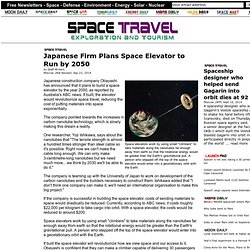 If built, the elevator would revolutionize space travel, reducing the cost of putting materials into space exponentially. The company pointed towards the increases in carbon nanotube technology, which is slowly making this dream a reality. One researcher, Yoji Ishikawa, says about the nanotubes that "The tensile strength is almost a hundred times stronger than steel cable so it's possible. A new way to make laser-like beams using 1,000 times less power. With precarious particles called polaritons that straddle the worlds of light and matter, University of Michigan researchers have demonstrated a new, practical and potentially more efficient way to make a coherent laser-like beam. 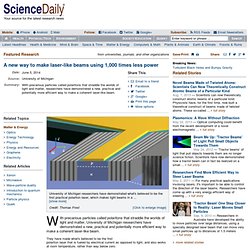 They have made what's believed to be the first polariton laser that is fueled by electrical current as opposed to light, and also works at room temperature, rather than way below zero. Those attributes make the device the most real-world ready of the handful of polariton lasers ever developed. It represents a milestone like none the field has seen since the invention of the most common type of laser -- the semiconductor diode -- in the early 1960s, the researchers say. While the first lasers were made in the 1950s, it wasn't until the semiconductor version, fueled by electricity rather than light, that the technology took off. Accelerator on a chip: Technology could spawn new generations of smaller, less expensive devices for science, medicine. In an advance that could dramatically shrink particle accelerators for science and medicine, researchers used a laser to accelerate electrons at a rate 10 times higher than conventional technology in a nanostructured glass chip smaller than a grain of rice.