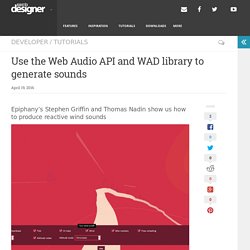 Create the sound source To create the wind noise within Cycle Tracks, a source sound is manipulated as the ride speeds up or slows down. If you listen to the sound of air rushing past as you cycle on a bicycle, it sounds like a hissing sound not too dissimilar to radio static or a detuned TV. A Basic HTML5 Template For Any Project. What follows is an excerpt from HTML5 & CSS3 for the Real World, by Alexis Goldstein, Louis Lazaris and Estelle Weyl. 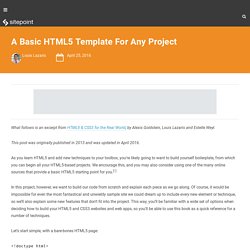 This post was originally published in 2013 and was updated in April 2016. As you learn HTML5 and add new techniques to your toolbox, you’re likely going to want to build yourself boilerplate, from which you can begin all your HTML5-based projects. Grow Your App with Account Kit: Give People New Ways to Log In - Facebook for Developers. Account Kit helps you grow your app or website by giving people a choice to sign in with their phone number or email address without the need for a password. 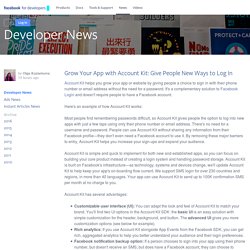 It's a complementary solution to Facebook Login and doesn't require people to have a Facebook account. Here's an example of how Account Kit works: Most people find remembering passwords difficult, so Account Kit gives people the option to log into new apps with just a few taps using only their phone number or email address. WebRTC Data Channels - 4 layer cake of protocols. GitHub - GoogleChrome/sw-toolbox: A collection of tools for service workers. Web Animation Past, Present, and Future.

Web animation has been exploding during the past year or two—and the explosion has been nothing short of breathtaking. 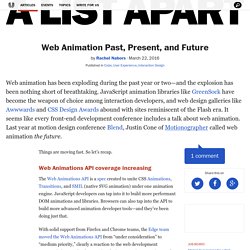 JavaScript animation libraries like GreenSock have become the weapon of choice among interaction developers, and web design galleries like Awwwards and CSS Design Awards abound with sites reminiscent of the Flash era. It seems like every front-end development conference includes a talk about web animation. Last year at motion design conference Blend, Justin Cone of Motionographer called web animation the future. The API Catalog is a tool to visualize and analyze the API overlap between standards specifications and support across browsers. How to work with SVG icons. There are many ways to use SVG icons in HTML and CSS, and I haven’t tried them all.

This is how we do it in our small front-end team at Kaliop. It works well for our needs, which include: Content and communication websites, often based on big CMSes, rather than full-JS web apps.Icons which are often simple, single-color icons (each potentially used in several different colors depending on context and user interactions). Two-color icons are possible too.IE9+ support. Table of contents. How to make a simple HTML5 Canvas game - Lost Decade Games. You want a quick tutorial for making a SIMPLE game in HTML5? 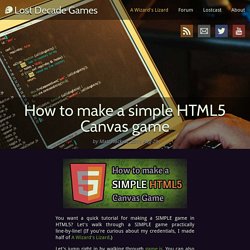 Let's walk through a SIMPLE game practically line-by-line! (If you're curious about my credentials, I made half of A Wizard's Lizard.) Let's jump right in by walking through game.js. You can also play the game right here. Screenshot. High-Impact, Minimal-Effort Cross-Browser Testing. Cross-browser testing is time-consuming and laborious. 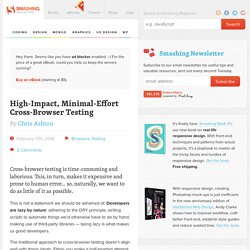 This, in turn, makes it expensive and prone to human error… so, naturally, we want to do as little of it as possible. This is not a statement we should be ashamed of. Developers are lazy by nature: adhering to the DRY principle, writing scripts to automate things we’d otherwise have to do by hand, making use of third-party libraries — being lazy is what makes us good developers. How to Use ARIA Effectively with HTML5. ARIA stands for ‘Accessible Rich Internet Applications’ and can help make your website more accessible to people with disabilities such as hearing or visual impairment. 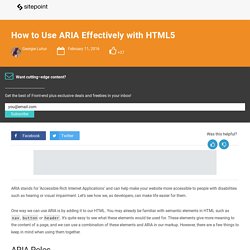 Let’s see how we, as developers, can make life easier for them. One way we can use ARIA is by adding it to our HTML.