p5.js. 15 hot programming trends. Programmers love to sneer at the world of fashion where trends blow through like breezes. 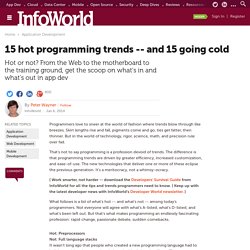 Skirt lengths rise and fall, pigments come and go, ties get fatter, then thinner. But in the world of technology, rigor, science, math, and precision rule over fad. That's not to say programming is a profession devoid of trends. The difference is that programming trends are driven by greater efficiency, increased customization, and ease-of-use. The new technologies that deliver one or more of these eclipse the previous generation.

. [ Work smarter, not harder -- download the Developers' Survival Guide from InfoWorld for all the tips and trends programmers need to know. | Keep up with the latest developer news with InfoWorld's Developer World newsletter. ] What follows is a list of what's hot -- and what's not -- among today's programmers. The folks who loved dynamic typing created Groovy, a simpler version of Java without the overly insistent punctuation. The reason may be as simple as price. Docker - Build, Ship, and Run Any App, Anywhere. Amazon GameLift. Amazon Lumberyard. Microsoft Touch Develop - create apps everywhere, on all your devices! CodeDay Dallas.

Is this a "hackathon"? 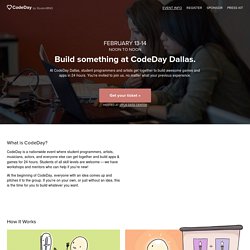 CodeDay is a place for people who are interested in learning something new and meeting new people. It is not focused on winning awards or getting jobs, so we do not call CodeDay a hackathon. Programming is fun. CodingBat. About — Vidcode. W3Schools Online Web Tutorials. 8 free sites that teach you how to program. Developed in 2011, the main focus of Code Academy is to teach you how to code so that you can transform your career. 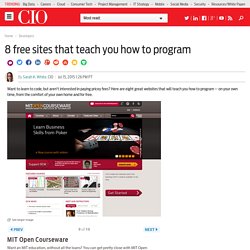 It features a number of success stories from individuals who knew little to nothing about coding and went on to have fruitful careers as programmers. Code Academy covers a lot of ground, including how to make interactive websites. You can take courses in Rails, Angularjs, Rails Auth, The Command Line, HTML & CSS, JavaScript, iQuery, PHP, Python and Ruby. 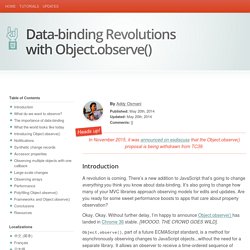 Introduction A revolution is coming. There’s a new addition to JavaScript that’s going to change everything you think you know about data-binding. It’s also going to change how many of your MVC libraries approach observing models for edits and updates. Learn HTML5, CSS3, Javascript - video style tutorials. Why Teaching and Learning How to Code in Schools. Games for programmers. Trinket helps you teach with code. Allcancode - Run Marco! Kodable: Programming Curriculum for Elementary. The Foos — Fun computer programming for kids.

Max Nanis’s website prominently features about two dozen head shots of the skinny, scruffy 22-year-old Southern Californian with his shirt off. At the top of his “About” page, there’s a personalized contact number (936-CALL-MAX) and a link to 10X Management, his professional representation. It looks like the résumé of an actor, seemingly pitched for casting directors and producers—but Nanis’s background is in computational biology.

He’s a coder, part of a generation of programming hotshots starting to view themselves more like Hollywood talent than bit jockeys. Nanis has his agent at 10X Management working to find him the best freelance programming gigs. After graduating from Harvard in 2003, Guvench went to Silicon Valley and started a user-generated trivia website. The experiment worked: Blumberg and Solomon got Guvench consistent work that paid well. At first blush, 10X Management sounds a lot like a temp agency or a headhunting service. CoderDojo. World’s #1 Summer Computer Camps for Kids & Teens. Learn to Code by Doing - Code School.

CodeHS - Learn to Code at School or at Home. Learn to code. Stanford CS Ed Library. Learn code. Learn math. A Robotic Geometry Box on 3D. CodePen - Front End Developer Playground & Code Editor in the Browser. Codepen. Learn web design and development online free. Hackety Hack! <Code/Racer> - Battle it out and learn the code... Brought to you by Treehouse. Shaun the Sheep's Game Academy. Create iOS, Android and Flash Games with Stencyl. Language for Knowledge-Based Programming. St - A place for geeks to share what they've done, who they did it with and connect with great companies. 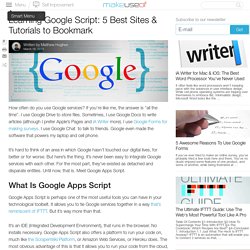 If you’re like me, the answer is “all the time”. I use Google Drive to store files. Sometimes, I use Google Docs to write articles (although I prefer Apple’s Pages and iA Writer more). I use Google Forms for making surveys. I use Google Chat to talk to friends. It’s hard to think of an area in which Google hasn’t touched our digital lives, for better or for worse.