Brazil. Graphic: European debt crisis explained. Cities With the Poorest Neighborhoods. The concentration of poverty in the U.S. has been increasing over the past decade. 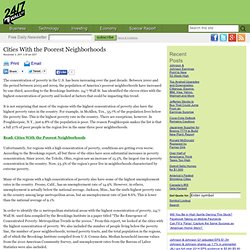 Between 2000 and the period between 2005 and 2009, the population of America’s poorest neighborhoods have increased by one-third, according to the Brookings Institute. 24/7 Wall St. has identified the eleven cities with the highest concentration of poverty and looked at factors that could be impacting this trend. It is not surprising that most of the regions with the highest concentration of poverty also have the highest poverty rates in the country. For example, in McAllen, Tex., 35.7% of the population lives below the poverty line. This is the highest poverty rate in the country. Graphic: European debt crisis explained. 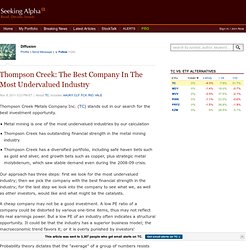 (TC) stands out in our search for the best investment opportunity. Metal mining is one of the most undervalued industries by our calculation Thompson Creek has outstanding financial strength in the metal mining industry Thompson Creek has a diversified portfolio, including safe haven bets such as gold and silver, and growth bets such as copper, plus strategic metal molybdenum, which saw stable demand even during the 2008-09 crisis. Investing Ideas: 5 Stocks Under $5 That Everyone’s Crazy About. Looking for cheap stocks with big potential? 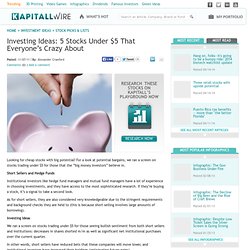 For a look at potential bargains, we ran a screen on stocks trading under $5 for those that the “big money investors” believe in. Short Sellers and Hedge Funds Institutional investors like hedge fund managers and mutual fund managers have a lot of experience in choosing investments, and they have access to the most sophisticated research. If they’re buying a stock, it’s a signal to take a second look. As for short sellers, they are also considered very knowledgeable due to the stringent requirements and background checks they are held to (this is because short selling involves large amounts of borrowing). Investing Ideas We ran a screen on stocks trading under $5 for those seeing bullish sentiment from both short sellers and institutions: decreases in shares shorted m/m as well as significant net institutional purchases over the current quarter. 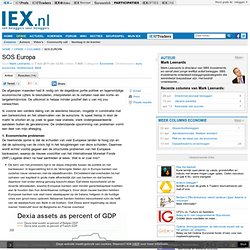 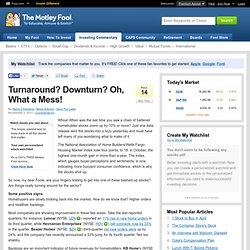 When was the last time you saw a chain of battered homebuilder stocks zoom up by 10% or more? Just one data release sent the stocks into a tizzy yesterday and must have left many of you wondering what to make of it. The National Association of Home Builders/Wells Fargo Housing Market Index rose four points, to 18, in October, the highest one-month gain in more than a year. ETF Trading Gold Newsletter » How to Trade This Headline Driven Stock Market.

With all eyes on the unemployment report and Europe, the CME Group’s PR Department nearly created an all out panic with their announcement after the market close on Friday relating to futures maintenance margin. 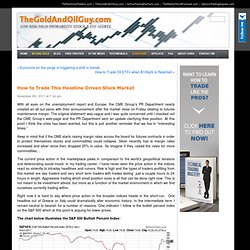 The original statement was vague and I was quite concerned until I checked out the CME Group’s web-page and the PR Department sent an update clarifying their position. At this point I think the crisis has been averted, but this is just another reminder that we live in “interesting times.” Keep in mind that if the CME starts raising margin rates across the board for futures contracts in order to protect themselves stocks and commodities could collapse. Silver recently has is margin rates increased and silver since then dropped 25% in value. So imagine if they raised the rates for more commodities… Vermogensbank. Economy. FITNESS. Chrome Store. Technology/Innovation. Infographic: The Internet in 2015. Cisco has created an interesting infographic on the Zettabyte era (see below). 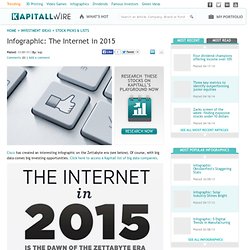 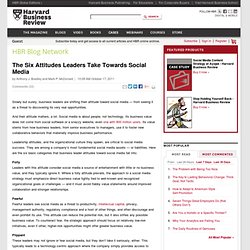 Bradley and Mark P. McDonald | 10:08 AM October 17, 2011 Slowly but surely, business leaders are shifting their attitude toward social media — from seeing it as a threat to discovering its very real opportunities. And their attitude matters, a lot. Social media is about people, not technology. Leadership attitudes, and the organizational culture they spawn, are critical to social media success. Occupy Wall Street. The World Economy. Life Hacks: Institute of Hacking.