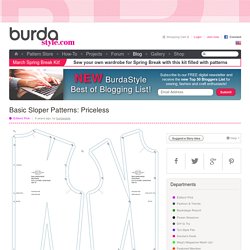 Well, if you went to fashion school, you do, and you know how incredibly useful they are. But if you didn’t- well perhaps you don’t have to go to school for this, with the resources available to the sewing community these days. Every single piece of clothing that is not draped is derived from a basic pattern block or sloper. I must stress the importance of creating your own, customized slopers. Once you have taken the time to create your basic patterns (designed off of your personal measurements or your fit model’s measurements) you can make anything. Member Talk: "#techstyle" Jae Rhim Lee: My mushroom burial suit. Blackout Pocket. Sewing Patterns. Fashion Trend Forecasting.

Mixing guns and fashion - tribunedigital-chicagotribune. May 10, 2014|By Dahleen Glanton, Tribune reporter The designer dress could have been hanging on a rack at Saks. 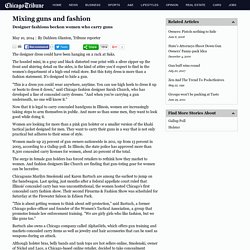 The hooded mini, in a gray and black distorted rose print with a silver zipper up the front and shirring detail on the sides, is the kind of attire you'd expect to find in the women's department of a high-end retail store. But this $165 dress is more than a fashion statement. It's designed to hide a gun. "This is a dress you could wear anywhere, anytime. Now that it is legal to carry concealed handguns in Illinois, women are increasingly taking steps to arm themselves in public. Women are looking for more than a pink gun holster or a smaller version of the khaki tactical jacket designed for men. Women made up 23 percent of gun owners nationwide in 2011, up from 13 percent in 2005, according to a Gallup poll. The surge in female gun holders has forced retailers to rethink how they market to women. Gun-Toting Women Give Rise To Firearms Fashion Accessories.

Two women compare handgun holsters during an open-carry rally at the Texas State Capitol in Austin on Jan. 1. 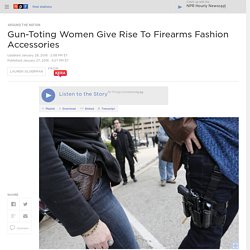 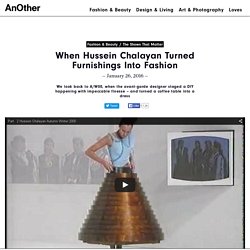 If anything qualifies as a risk, it’s transforming a piece of furniture made from wood into a piece of clothing – and all in front of a live audience. That’s what Chalayan did at London Fashion Week in February 2000: he transformed four chair covers and a coffee table into four dresses and a wooden skirt. Drawing on themes as disparate as architecture, aerodynamics, space and religion, Chalayan has earned a reputation for being London’s cerebral designer, marked by his unique talent for combining philosophical ideals with wearable clothes.

The Internet Is Freaking Out Over This Inflatable Pillow Hoodie. The Internet is a strange place, and in yet another example of its unending weirdness, people are sounding off about their excitement for an inflatable pillow hoodie. 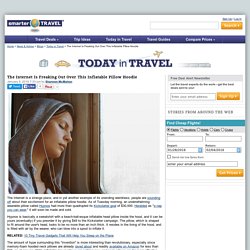 As of Tuesday morning, an underwhelming wearable pillow called Hypnos had more than quadrupled its Kickstarter goal of $30,000. Heralded as "a nap you can wear," it will soon be made and sold. Hypnos is basically a sweatshirt with a beach-ball-esque inflatable head pillow inside the hood, and it can be yours (eventually) if you preorder it by giving $49 to the Kickstarter campaign. The pillow, which is shaped to fit around the user's head, looks to be no more than an inch thick. It resides in the lining of the hood, and is filled with air by the wearer, who can blow into a spout to inflate it. HYPNOS : THE WORLD'S BEST SLEEP HOODIE by Josh Woodle. About this project Risks and challenges We set our expectations as a brand very high and in order to achieve a high level of quality AND treat people with respect and fair wages. 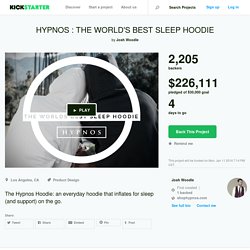 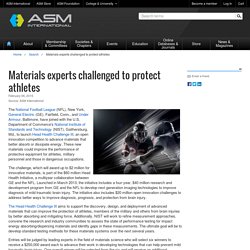 Department of Commerce's National Institute of Standards and Technology (NIST), Gaithersburg, Md., to launch Head Health Challenge III, an open innovation competition to advance materials that better absorb or dissipate energy. These new materials could improve the performance of protective equipment for athletes, military personnel and those in dangerous occupations. The challenge, which will award up to $2 million for innovative materials, is part of the $60 million Head Health Initiative, a multiyear collaboration between GE and the NFL. Launched in March 2013, the initiative includes a four-year, $40 million research and development program from GE and the NFL to develop next generation imaging technologies to improve diagnosis of mild traumatic brain injury.