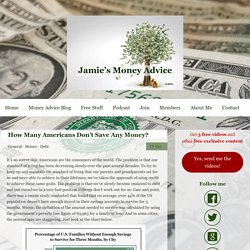 The problem is that our standard of living has been decreasing slowly over the past several decades. To try to keep up and maintain the standard of living that our parents and grandparents set for us and were able to achieve in their lifetimes, we’ve taken the approach of using credit to achieve these same goals. The problem is that we’ve slowly become enslaved to debt and put ourselves in a very bad position if things don’t work out for us. Case and point, there was a recent study conducted that found that on average, over 44% of the US population doesn’t have enough stored in their savings accounts to survive for 3 months. Worse, the definition of the amount needed to survive was calculated by using the government’s poverty line figure of $5,963 for a family of four. This is exactly the type of behavior that leads to wealth destruction, foreclosures and unnecessary stress for families and couples. 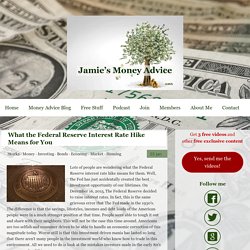 Well, the Fed has just accidentally created the best investment opportunity of our lifetimes. On December 16, 2015, The Federal Reserve decided to raise interest rates. American's Have No Savings. Recent data has come out that proves that more than half of all Americans either don’t have enough savings or none at all. 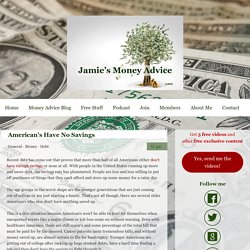 With people in the United States running up more and more debt, the savings rate has plummeted. People are less and less willing to put off purchases of things that they can't afford and store up some money for a rainy day. The age groups in the worst shape are the younger generations that are just coming out of college or are just starting a family. American's Have No Savings. What the Federal Reserve Interest Rate Hike Means for You.

America's Employment Picture in 2 Charts. The Russian Ruble and Classic Gold Behavior. How to Profit from the Coming Currency Wars. Not many average people are noticing but the start of a major new trend has already begun. 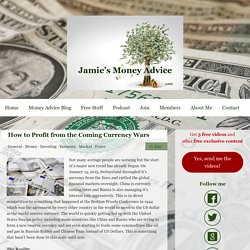 On January 15, 2015, Switzerland decoupled it’s currency from the Euro and rattled the global financial markets overnight. China is currently cutting rates and Russia is also managing it’s interest rate aggressively. Free Book on Gold and Silver Investing. How to Profit from the Coming Currency Wars. Why You Should Care About the Greek Economic Crisis. The Greek economic crisis that began over five years ago is still alive and well. 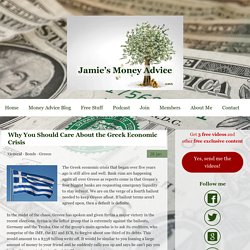 Bank runs are happening again all over Greece as reports come in that Greece’s four biggest banks are requesting emergency liquidity to stay solvent. We are on the verge of a fourth bailout needed to keep Greece afloat. If bailout terms aren't agreed upon, then a default is definite. In the midst of the chaos, Greece has spoken and given Syriza a major victory in the recent elections. Why You Should Care About the Greek Economic Crisis - Jamie's Money Advice. Why You Should Avoid Stocks Under 10 - Jamie's Money Advice.

How to Become Rich by Studying What the Rich Invest In - Jamie's Money Advice. If you want to know how to become rich, just look at what the rich invest in. 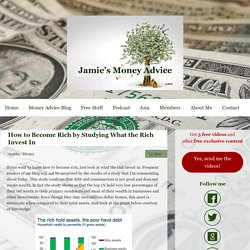 Frequent readers of my blog will not be surprised by the results of a study that I’m commenting about today. This study confirms that debt and consumerism is not good and does not create wealth. In fact the study shows us that the top 1% hold very low percentages of their net worth in their primary residences and most of their wealth in businesses and other investments. Even though they may own million dollar homes, this asset is minuscule when compared to their total assets.

Just look at the graph below courtesy of Zerohedge. To see what percentage you fall into based on your income, visit and use the slider to input your individual income info. An Average American's View on the Economy - Jamie's Money Advice. I've been taking about the phony economy on this blog for some time now but I recently was introduced to a blog response to a WSJ article that confirms everything that I have been saying but from a regular Joe. 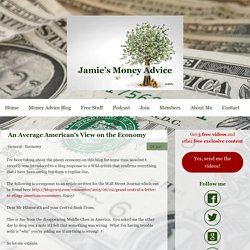 The following is a response to an article written for the Wall Street Journal which can be found here Enjoy! Dear Mr Hilsenrath and your Central Bank Team, This is Joe from the disappearing Middle Class in America. You asked me the other day to drop you a note if I felt that something was wrong. What I’m having trouble with is “why” you’re asking me if anything is wrong! So let me explain. Regarding the weather, as you stated, the sun shined in April. And talking about worse, you’re right. 8 Tips for Buying a New Car - Jamie's Money Advice. Today, I thought I’d write a post to help give you some tips on buying a new car since many people are changing their purchasing decisions when it comes to buying a new automobile. 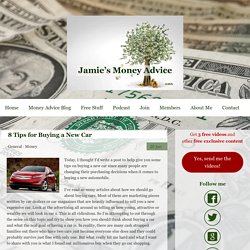 I’ve read so many articles about how we should go about buying cars. Most of them are marketing pieces written by car dealers or car magazines that are heavily influenced to sell you a new expensive car. Look at the advertising all around us telling us how young, attractive or wealthy we will look in car x. This is all ridiculous. So I’m attempting to cut through the noise on this topic and try to show you how you should think about buying a car and what the real goal of having a car is. Obviously, it’s best to follow the model of how millionaires think about and buy cars. 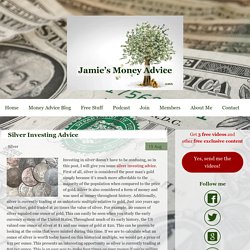 First of all, silver is considered the poor man’s gold simply because it’s much more affordable to the majority of the population when compared to the price of gold. Silver is also considered a form of money and was used as money throughout history. Additionally, silver is currently trading at an unhistoric multiple relative to gold. Just 100 years ago and earlier, gold traded at 20 times the value of silver. For example, 20 ounces of silver equaled one ounce of gold. Pre-1964 Dimes, Quarters and Half Dollars You can buy these at coin dealers, at coin shows and sometimes find them in pocket change. Silver Eagles Silver Eagles are minted by the US Mint every year and can easily be purchased directly from them or from coin dealers for a little more than the price of silver. Clearing Debt vs. Investing - Jamie's Money Advice. One of the most common questions people ask about personal finance is the best way to use their additional money – should they prioritize clearing debts or focus on putting the money into a savings account or investment. 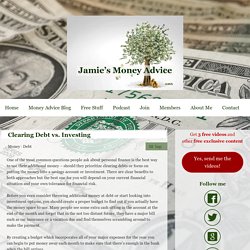 There are clear benefits to both approaches but the best one for you will depend on your current financial situation and your own tolerance for financial risk. Before you even consider throwing additional money at debt or start looking into investment options, you should create a proper budget to find out if you actually have the money spare to use. Many people see some extra cash sitting in the account at the end of the month and forget that in the not too distant future, they have a major bill such as car insurance or a vacation due and find themselves scrambling around to make the payment. Rainy Days If you find the still money left over to be used once you’ve taken these expenses into account, consider putting together a rainy day fund too. Decision Time. Americans are Asking, What Home Can I Afford? - Jamie's Money Advice. In the new America, more and more young people are asking themselves, what home can I afford? The answer according to many studies shared by Zerohedge is clearly none at all.

Just look at the chart below and you can clearly see that home ownership is back to levels not seen since the 1960’s. This clearly doesn’t support the talking points about an economic recovery that we hear from the government or the financial mainstream media. In fact, when we dig deeper into the data, we see that the annual percentage change in the home ownership rate has fallen off a cliff in every age group except those 65 and over. All of this is happening as rental household growth is outpacing rental growth from every other decade before it.

Having a Successful Yard Sale - Jamie's Money Advice. In other countries such as the US, yard sales have long been a popular means of making some money whilst at the same time dispensing with unwanted items that do nothing but gather dust and clutter the house. The same principle has been applied in the UK on a smaller scale, in the form of car boot sales, but the yard sale is finding increased favor here as well. There are few hard and fast rules that you need to follow in order to have a successful sale, but here are a few tips to help you avoid headaches and make a good profit. Check local restrictions. Some locales place a limit upon how many successive sales are allowed within a given period, how you can and cannot advertise, and what rights buyers do and don’t have as compared to sales by a regular business. Limits on frequency of sales – generally one per month or less – are set primarily to prevent the establishment of “grey markets” that operate on a permanent basis without documenting profits or collecting and paying taxes.

Can You Afford an Emergency Expense? - Jamie's Money Advice. As we go through life there are inevitably going to be some unexpected expenses that come up. Whether it’s an unexpected medical bill or a leaking roof, there will always be something that we have to pay for that we didn’t anticipate beforehand. Research suggests that most aren’t prepared to pay for emergency expenses. A majority, or 64%, of Americans don’t have enough cash on hand to handle a $1000 emergency expense, according to a survey by the NFCC (National Foundation for Credit Counselling). Only 36% said they would raid their rainy day funds for an emergency.