One War, Many Reasons: The US Invasion of Iraq. Iraq has been the focus of the international community and has been featured prominently in the media in recent times, as the radical Islamist group known as the Islamic State in Iraq and Syria (ISIS) has dramatically increased its power and influence in the region in the latter half of 2014. 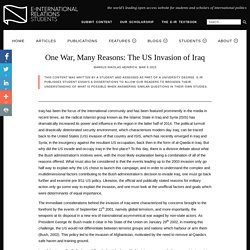 Fbi-accused-of-covering-up-saudi-arabian-links-to-911-10171987. Ex-CIA Pilot Gives Sworn Testimony That No Planes Hit The Twin Towers. A former CIA and civilian pilot has sworn an affidavit, stating that no planes flew into the Twin Towers as it would have been physically impossible. 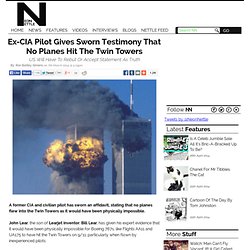 This Is What Winning Looks Like (Full Length) BATTLEFIELD USA: De Facto State of Martial Law Has Been Declared *Pics From the War Zone* As news of last night’s incident in Watertown, Massachusetts spread, police from all over the North East converged, once again, on Boston. 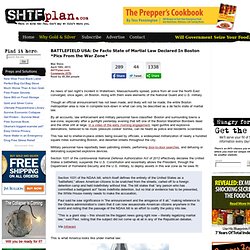 Along with them were elements of the National Guard and U.S. military. Though an official announcement has not been made, and likely will not be made, the entire Boston metropolitan area is now in complete lock-down in what can only be described as a de facto state of martial law. By all accounts, law enforcement and military personnel have classified Boston and surrounding towns a war-zone, especially after a gunfight yesterday evening that left one of the Boston Marathon Bombers dead and the other still at large. In a video of the early morning engagement, rapid gunfire and explosive detonations, believed to be more ‘pressure cooker’ bombs, can be heard as police and residents scrambled.

Military personnel have reportedly been patrolling streets, performing door-to-door searches, and defusing or detonating suspected explosive devices. Facebook. Iran deals deathblow to US global hegemony. The United States of America has become a byword for war. 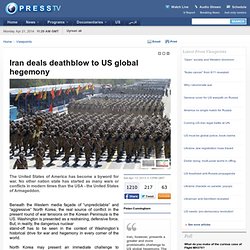 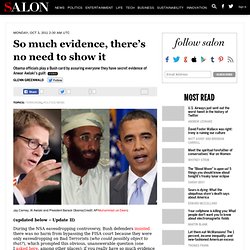 , which prompted this obvious, unanswerable question (one I asked here, among other places): if you really have so much evidence proving that the targets of your eavesdropping are Terrorists, then why not go show it to the court and get a warrant? Propaganda Works. WTO2. Examination of the times of the events of September 11th provides further evidence that it was not the fires that caused the Twin Towers to collapse. 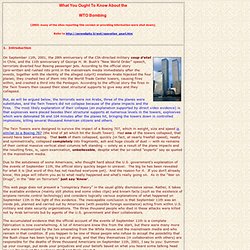 The North Tower was hit first, at 8:45 a.m. Pentagon Strike Download. Killtown:  Questioning the 9/11 attacks... Physics911, by Scientific Panel Investigating Nine-Eleven, 9/11/2001. Pentagon Strike. General of all American Intelligence: 911 was a fraud! A Trainee Noted for Incompetence. Although the authorities say none of the 19 hijackers on Sept. 11 were tied to an F.B.I. intelligence alert issued by an agent in Arizona two months earlier, one hijacker, Hani Hanjour, had come to the Federal Aviation Administration's attention earlier last year, when he trained in Phoenix. 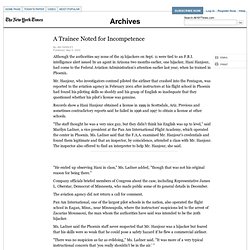 Mr. Hanjour, who investigators contend piloted the airliner that crashed into the Pentagon, was reported to the aviation agency in February 2001 after instructors at his flight school in Phoenix had found his piloting skills so shoddy and his grasp of English so inadequate that they questioned whether his pilot's license was genuine. Records show a Hani Hanjour obtained a license in 1999 in Scottsdale, Ariz. Previous and sometimes contradictory reports said he failed in 1996 and 1997 to obtain a license at other schools. ''He ended up observing Hani in class,'' Ms. 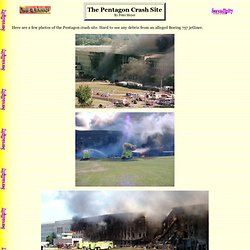 Hard to see any debris from an alleged Boeing 757 jetliner. No evidence of a Boeing 757, but the damage is certainly consistent with a cruise missile strike. How clever of the Boeing 757 to contract itself to half its length and then simply vanish. £10m for Whitehall 'propaganda tool' United States Government Conception, Planning, and Execution of 911. "Truth, for the tyrants, is the most terrible and cruel of all bindings; it is like an incandescent iron falling across their chests.

And it is even more agonizing than hot iron, for that only burns the flesh, while truth burns its way into the soul" — Lauro Aguirre 9/11 is the seminal event of our generation. That is what we've been sold. That is what we've been told seemingly every day on virtually every news telecast, every speech, every statement, every policy announcement, every public appearance by every government official since September 11, 2001. The 9/11 Truth Movement - 911truth.org.