Homesteading. There's something new in the air at NASA. 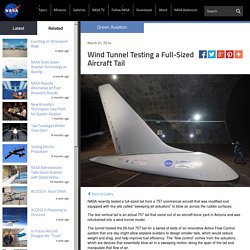 Based on a fresh look at the future of aviation – as well as global trends in technology, the environment and economics – the agency's aeronautical innovators have chartered a new strategic vision for its aviation research programs. The updated vision is designed to ensure that through NASA's aeronautical research the United States will maintain its leadership in the sky and sustain aviation so that it remains a key economic driver and cultural touchstone for the nation. The new vision also embraces a future where global trends combine with emerging technologies to transform flight around the world into something unimagined today. This artist's concept shows a Super Venus planet on the left, and a Super Earth on the right. 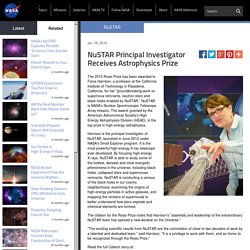 Image credit: NASA/JPL-Caltech/Ames There is only one planet we know of, so far, that is drenched with life. That planet is Earth, as you may have guessed, and it has all the right conditions for critters to thrive on its surface. Do other planets beyond our solar system, called exoplanets, also host life forms? Astronomers still don't know the answer, but they search for potentially habitable planets using a handful of criteria.

NASA's Kepler mission is helping scientists in the quest to find these worlds, sometimes called Goldilocks planets after the fairy tale because they orbit where conditions are "just right" for life. An important part of this research is the continuing investigation into exactly where a star's habitable zone starts and stops. That perfect Goldilocks planet within the zone wouldn't necessarily be home to any furry creatures. In this artist's rendering of GRB 130925A, a sheath of hot, X-ray-emitting gas (red) surrounds a particle jet (white) blasting through the star's surface at nearly the speed of light. 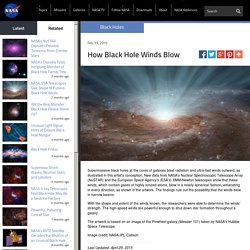 The source may have been a metal-poor blue supergiant, an important proxy for the universe's first stars. Credits: NASA/Swift/A. Simonnet, Sonoma State Univ. Astronomers analyzing a long-lasting blast of high-energy light observed in 2013 report finding features strikingly similar to those expected from an explosion from the universe's earliest stars.

If this interpretation is correct, the outburst validates ideas about a recently identified class of gamma-ray burst and serves as a stand-in for what future observatories may see as the last acts of the first stars. Gamma-ray bursts (GRBs) are the most luminous explosions in the universe. Shortly after 12:11 a.m. Credits: NASA's Goddard Space Flight Center/S. Astronomers have observed thousands of GRBs over the past five decades. Related Links. Astronomers studying two classes of black-hole-powered galaxies monitored by NASA's Fermi Gamma-ray Space Telescope have found evidence that they represent different sides of the same cosmic coin. 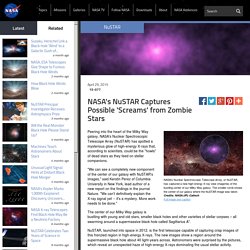 By unraveling how these objects, called blazars, are distributed throughout the universe, the scientists suggest that apparently distinctive properties defining each class more likely reflect a change in the way the galaxies extract energy from their central black holes. "We can think of one blazar class as a gas-guzzling car and the other as an energy-efficient electric vehicle," said lead researcher Marco Ajello, an astrophysicist at Clemson University in South Carolina. "Our results suggest that we're actually seeing hybrids, which tap into the energy of their black holes in different ways as they age.

" More informations – Price & Shipping fees to mary@unitedguestartists.com The Artist Alain MARY was born in 1947 and lives in Montelimar in his workshop in Dieulefit, Drôme. 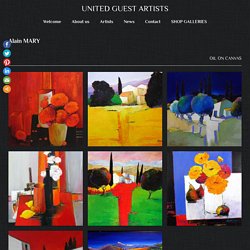 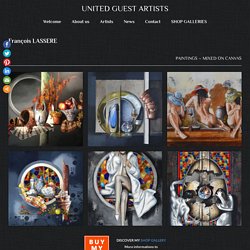 Autodidact he masters various artistic techniques. For many years, he focused on hyperrealism and awarded the Gold Medal of the “Academy of Rome” in 1998. Then he gave more importance to matter and now concerned with underlining what is extraordinary in ordinary subjects, and invented an artistic trend called “Oppositionism”. More informations – Price & Shipping fees to jamin@unitedguestartists.com. 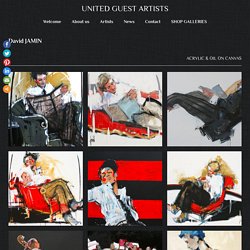 The Artist Born in 1972 in Valence, just two years before the opening of the workshop and ceramic shop of my parents near Tain l’Hermitage, this was the beginning of a rich emotions and childhood memories… I spent all my time with them, in the studio all was wonder, the smell of clay and enamels… It is through art education, my passion for drawing was born, I admit that since the age of 4 years, it has never left me. 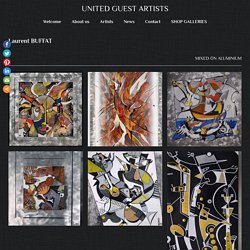 Then I realized with my father technique (Meilleur Ouvrier de France as a potter), I could one day give birth to my own croquis. I forged a creative mindset, the ability to maintain a child in me while serving me this successful technical. What happiness now to realize these artworks for you !