Middle Earth vs Romania. Interactive map reveals free airline Wi-Fi passwords around the world. Waiting around the airport for a connecting or delayed flight is sometimes painful, but not having free Wi-Fi can make it a horrific experience. 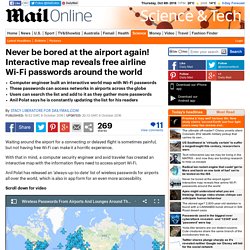 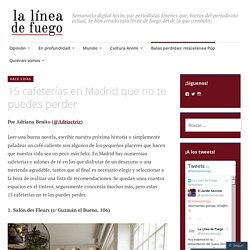 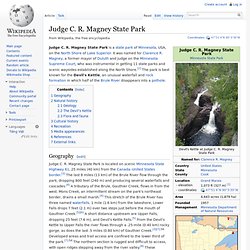 R. Magney State Park is located on scenic Minnesota State Highway 61, 25 miles (40 km) from the Canada–United States border.[3] The last 8 miles (13 km) of the Brule River flow through the park, dropping 800 feet (240 m) and producing several waterfalls and cascades.[4] A tributary of the Brule, Gauthier Creek, flows in from the west. Natural history[edit] Geology[edit] Top 10 Places You Can’t Go. Red crab invasion. Oscar carrasco madrid - Google-søgning. 21 secretos de Madrid. This Church Might Not Look Like Anything Special, Until You See It From Different Angles. April 27, 2015 The architect group, Gijs Van Vaerenbergh, built this church in Borgloon, Belgium. 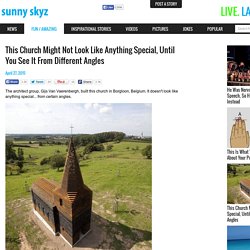 It doesn't look like anything special... from certain angles. imgur From other angles, the structure reveals itself to be something else entirely. A building that's almost entirely see through. It consists of 100 layers of stacked steel, that are equidistantly staggered in a way that illusively change in appearance based on where the viewer is standing. 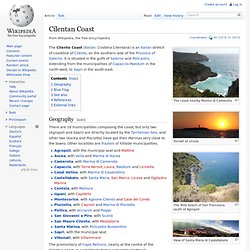 Amalfi Coast. The Amalfi Coast (Italian: Costiera Amalfitana) is a stretch of coastline on the southern coast of the Sorrentine Peninsula in the Province of Salerno in Southern Italy. The Amalfi Coast is a popular tourist destination for the region and Italy as a whole, attracting thousands of tourists annually.[1] During the 10th–11th centuries, the Duchy of Amalfi existed on the territory of the Amalfi Coast, centered in the town of Amalfi. The Amalfi coast was later controlled by the Principality of Salerno, until Amalfi was sacked by the Republic of Pisa in 1137. Since then the Amalfi coast has experienced a crisis.[2] But after the unification of Italy the Amalfi coast has enjoyed a huge economic revival, prompted even by the international tourism.[3] In 1997, the Amalfi Coast was listed as a UNESCO World Heritage Site as a cultural landscape.[4] Overview[edit] Jan Mayen. 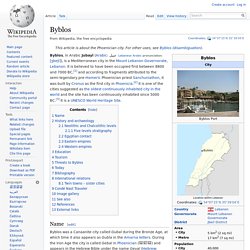 It is believed to have been occupied first between 8800 and 7000 BC,[1] and according to fragments attributed to the semi-legendary pre-Homeric Phoenician priest Sanchuniathon, it was built by Cronus as the first city in Phoenicia.[2] It is one of the cities suggested as the oldest continuously inhabited city in the world and the site has been continuously inhabited since 5000 BC.[3] It is a UNESCO World Heritage Site.

Name[edit] Balkh. For the place in Azerbaijan, see Balaxanı. 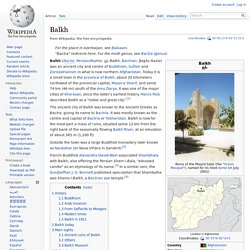 Balkh (/bɑːlx/; Persian/Pashto: بلخ Balkh; Bactrian: βαχλο ẞaxlə) was an ancient city and centre of Buddhism, Sufism and Zoroastrianism in what is now northern Afghanistan. Today it is a small town in the province of Balkh, about 20 kilometers northwest of the provincial capital, Mazar-e Sharif, and some 74 km (46 mi) south of the Amu Darya. It was one of the major cities of Khorasan, since the latter's earliest history.

Marco Polo described Balkh as a "noble and great city".[1] The ancient city of Balkh was known to the Ancient Greeks as Bactra, giving its name to Bactria. Island hopping in French Polynesia. With over 100 islands spread throughout five archipelagos, French Polynesia is as varied as it is exotic. 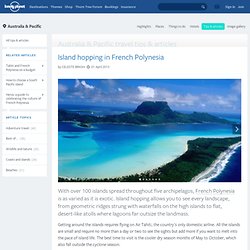 Island hopping allows you to see every landscape, from geometric ridges strung with waterfalls on the high islands to flat, desert-like atolls where lagoons far outsize the landmass. Getting around the islands requires flying on Air Tahiti, the country's only domestic airline. How to choose a South Pacific island. The South Pacific confounds even the savviest map buffs with its splatter of dots spread across the world's biggest ocean. 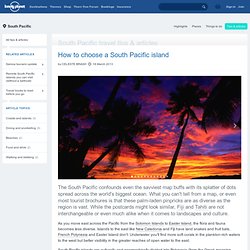 What you can't tell from a map, or even most tourist brochures is that these palm-laden pinpricks are as diverse as the region is vast. While the postcards might look similar, Fiji and Tahiti are not interchangeable or even much alike when it comes to landscapes and culture. As you move east across the Pacific from the Solomon Islands to Easter Island, the flora and fauna becomes less diverse. 18 of the most clichéd dates around the world and where you should go instead. Cykel Campingvogn. Islas marietas - Google-s gning. Expensive experiences, cheaper alternatives – Traveler Tips and Articles. The world’s most iconic travel experiences don’t usually come cheap – but sometimes there are real alternatives. 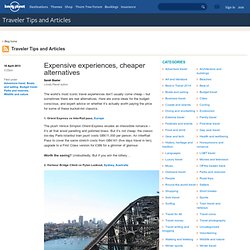 Here are some ideas for the budget-conscious, and expert advice on whether it’s actually worth paying the price for some of these bucket-list classics. 1. 10 Incredibly Isolated Monasteries. Travel. How to Avoid Pickpockets in Europe — Tips for Outsmarting the Thieves. If you’re planning a trip to Europe you’ve undoubtably been warned about the danger of pickpockets. It is important to be vigilant because thousands of tourists are victims of pickpockets each year — and no one wants to spend their hard earned vacation trying to cancel their credit cards, replacing their passport and finding alternative means to access money. Luckily there are many things you can do to deter yourself from becoming a pickpocketing victim.

This guide will explain where pickpockets target, who they target, different methods they use, and ways to prefect yourself. Popular Cities for Pickpockets. How to choose which song you should be listening to as your plane crashes to the ground. Freighter travel. This article is a travel topic Freighter travel is a less crowded, cheaper alternative for crossing a sea or ocean, not using airplanes or commercial cruise ships or ferries. Understand[edit] Tramprennen. How to travel the world by crewing on yachts.