The Stanford band made everybody furious at the Rose Bowl for the third time in four years. College football's greatest tradition. 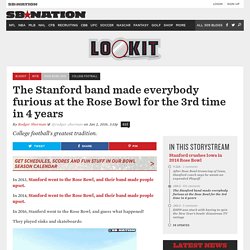 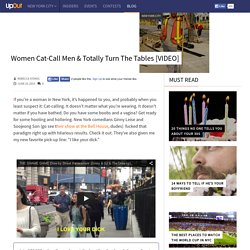 It doesn’t matter what you’re wearing. It doesn’t matter if you have bathed. Do you have some boobs and a vagina? Get ready for some hooting and hollering. New York comedians Ginny Leise and Soojeong Son (go see their show at the Bell House, dudes) fucked that paradigm right up with hilarious results. Tell us about your worst cat-calling experience in the comments! Natalie Portman Harvard Commencement Speech. Follow NYC’s Urban Explorers As They Turn Trespassing Into Dazzling Instagram Shots – UpOut Blog. You’ve seen the incredible photos of New York City’s forbidden zones all over social media. 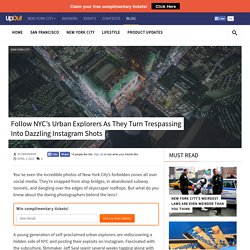 They’re snapped from atop bridges, in abandoned subway tunnels, and dangling over the edges of skyscraper rooftops. But what do you know about the daring photographers behind the lens? A young generation of self-proclaimed urban explorers are rediscovering a hidden side of NYC and posting their exploits on Instagram. Fascinated with the subculture, filmmaker Jeff Seal spent several weeks tagging along with the thrill-seekers as they risked arrest and injury in pursuit of IG celebrity. The result is a five minute film that documents the brazen band of guerrilla photographers and examines how they use Instagram as a platform for their art. [Featured Image: YouTube Screenshot] Dover Police DashCam Confessional (Shake it Off) Obama's 'Drop the Mic' Moment at the State of the Union. 19 Crazy Facts About Bill Gates' House. Bing Maps With a net worth of $81.5 billion, Microsoft cofounder Bill Gates is the richest man in America. 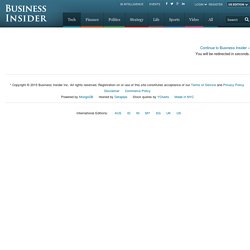 It shouldn't be too surprising that one of the wealthiest people in the world also has an insanely extravagant home. It took Gates seven years and $63 million to build his Medina, Washington estate, named Xanadu 2.0 after the fictional home of "Citizen Kane"'s Charles Foster Kane. At 66,000 square feet, the home is absolutely massive, and it's filled with high-tech details. - The Cut. Christina Bianco's 'Let It Go' cover as Idina Menzel, Demi Lovato & more! Guy Forced to Recreate Sia's "Chandelier" Video for Fantasy Football Bet. The Waiting Room. Wild kangaroo street fight Aussie style. Undress Me First Kiss Video - Naked Strangers. Retro Game of Thrones remake is even funnier with new disco theme song. Why do these pretend retro videos always overdo the VHS tracking artifact effects? 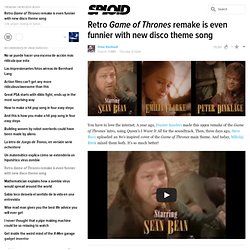 It's because of misattribution of memory—a cognitive bias where we don't remember specific source memory, but rather the gist of it, or other similar memories. We (late 80's / early 90s babies) remember VHS, and we remember tracking artifacts, but we don't remember the specific occurrence of them on one video. If you look back and ask yourself "have I ever seen tracking on VHS?

How to Dice a Whole Watermelon in 21 Seconds [Video] "DO NOT TRY THIS AT HOME OR WORK" is one way to make sure someone doesn't cut a hand off trying the "Matt Jones, Cut a Watermelon in 20 Seconds Challenge" shown above. 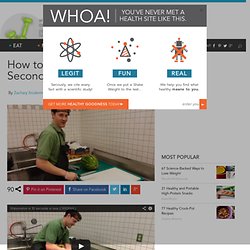 All right, maybe that's not a real challenge. Sure, "cut" could be interpreted a lot of ways. And yes, the guy above takes 21 seconds to dice the hell out of a watermelon, but that didn't seem to trouble the more than 2 million people who have watched this video since it was posted on April 23. Jones, the man in the video, is an Assistant Produce Manager at a Publix Super Market, at least according to his Google+ profile (yes, people still use those).

An Artist Reimagined Disney Princesses With Different Races and the Results Will Blow Your Mind. Courtesy: The simplest of Google searches will show you that Disney has a rather, er, complicated history when it comes to race: How different races are depicted, if different races are even depicted at all (only four of the "official" princesses are women of color: Jasmine, Mulan, Pocahontas, and, most recently, Tiana. 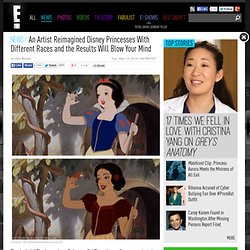 Disney didn't have a black princess until 2009). So Tumblr artist lettherebedoodles created W.O.C. of her own, reimagining some Disney princesses and other female characters with a "race-bent" twist. We would watch all of these movies. World's Toughest Job - Director of Operations. Man Sings "Let It Go" Using The Voices Of 21 Classic Disney And Pixar Characters.

SaraLang: This is what happens if you... How Coconut-Oil Is Made. This Guy Decided To Dance With Someone On The Street, What Happened Next Will Make Your Day. Watch What Happens When Macklemore and Ryan Lewis Surprise a Bus full of New Yorkers! [VIDEO] WOW. The Man Who Hugs Wild Lions Brought a Go-Pro This Time (Video) 2013: The Year in Pictures. Chicago Bulls Cheerleader Surprised With Marriage Proposal During Bulls-Heat Game (VIDEO, PHOTOS)

A member of the Chicago Bulls' Luvabulls cheerleading squad won't be forgetting Thursday night's game anytime soon -- and not just because of Carlos Boozer and co.'s resounding defeat of the Heat. 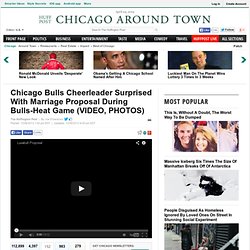 In the middle of a third-quarter performance at center court, Luvabull Ariana Rosado was caught off guard when the music suddenly changed (at 0:57 in the video above) and her teammates launched into new choreography she hadn't learned -- when the team's ever-popular mascot, Benny the Bull, plopped her down in a rolling chair as her fellow Luvabulls danced around her. (UPDATE: Rosado and Zackery appeared on HuffPost Live on Monday to discuss the slam-drunk proposal. Watch what they had to say below.) Carol of the "Basketballs" — An NBA Holiday Special. It's barely Thanksgiving, but that hasn't stopped stores from bring out the Christmas tidings at every turn. 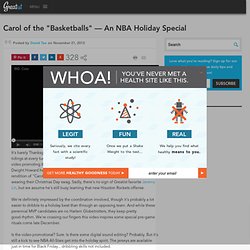 This year, the NBA is in on the early holiday cheer with a new video promoting their 2012 Christmas Day jerseys. Superstars Carmelo Anthony and Dwight Howard head up this All-Star dribbling chorus for the world's sportiest rendition of "Carol of the Bells" (specifically, the piece's famous handbell riff) while wearing their Christmas Day swag. Sadly, there's no sign of Greatist favorite Jeremy Lin, but we assume he's still busy learning that new Houston Rockets offense. We're definitely impressed by the coordination involved, though it's probably a lot easier to dribble to a holiday beat than through an opposing team.

You Can Easily Learn 100 TED Talks Lessons In 5 Minutes Which Most People Need 70 Hours. The other week I watched 70 hours of TED talks; short, 18-minute talks given by inspirational leaders in the fields of Technology,Entertainment, and Design (TED). 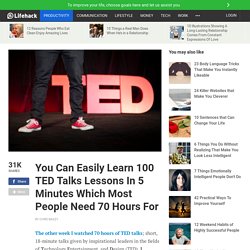 By WA There’s no denying that the world is full of cruel, evil people capable of things you probably couldn’t even imagine. We see it on the news pretty much every day. Maps That Will Change the Way You See the World. Where Google Street View is available. The supercontinent of Pangaea with modern day borders. The pink represents countries that the British have invaded. Goddammit, Brittan! Countries that don't use metric. Goddammit, America! Most common surnames by country. 26 Products You Can't Believe Don't Exist Yet. Cliteracy 101: Artist Sophia Wallace Wants You To Know The Truth About The Clitoris. New York artist Sophia Wallace wants you -- and everyone you know -- to be cliterate. "It's appalling and shocking to think that scientifically, the clitoris was only discovered in 1998," Wallace told The Huffington Post from her Brooklyn studio last week.

60 of the world's happiest facts. 1. A group of flamingos is called a flamboyance. 2. 60 Uncommon Things Men Find Attractive About Women. I asked *50 straight males over text, email, and at random on the street for less traditional, obvious characteristics or actions that they find attractive about women. Here are the responses: *I actually asked well over 50, but got several repeat answers or unusable responses, so I took the best version of that. Here's The Craziest Video You'll Watch All Day. This Kid Just Died. What He Left Behind Is Wondtacular. HOW DO YOU DECIDE WHO TO MARRY? (written by kids)Daily News Dig. A group of young kids were asked how do you decide who to marry and here are the results which are pretty amusing. When Deviants Do Good. Fixes looks at solutions to social problems and why they work. Jerry and Monique Sternin and their son were among the very first Americans to move to Hanoi when they arrived in Vietnam in 1990.