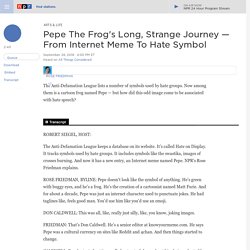 Now among them is a cartoon frog named Pepe — but how did this odd image come to be associated with hate speech? The Anti-Defamation League keeps a database on its website. It's called Hate on Display. It tracks symbols used by hate groups. It includes symbols like the swastika, images of crosses burning. 2016/09 [Vanityfair] How Arianna Huffington Lost Her Newsroom. In August 2014, Arianna Huffington, the wealthy, Greek-born co-founder of the Huffington Post, got a brief e-mail from her friend Fareed Zakaria. 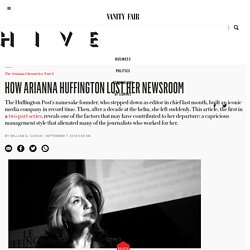 Zakaria, the television host and journalist, had recently come under intense media scrutiny amid allegations that he had lifted passages from other writers’ work and used them without proper attribution—new instances of an offense that had already led to his suspension from both CNN and Time, in 2012. During the first kerfuffle, Zakaria had acknowledged making “a terrible mistake”; now he was publicly denying the charges. Either way, Zakaria wasn’t getting in touch with Huffington just to lament his recent woes.

At least that’s what Nic Moore, a fashion photographer, thought when he decided to list his Los Angeles home on Airbnb last month. He offered the two-bedroom house for $750 a night, with pictures of the pool and its sweeping views of the city. 2016/08 The Poop Emoji (How Google Brought Poop To America) If the story of the poop emoji’s rise were told in emojis, it would look like this: …which is to say, it is an international tale of drama, cultural differences, and near-disasters. 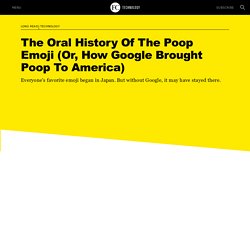 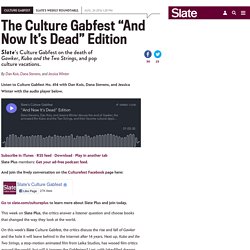 Listen to Culture Gabfest No. 414 with Dan Kois, Dana Stevens, and Jessica Winter with the audio player below. And join the lively conversation on the Culturefest Facebook page here: Go to slate.com/cultureplus to learn more about Slate Plus and join today. This week on Slate Plus, the critics answer a listener question and choose books that changed the way they look at the world. 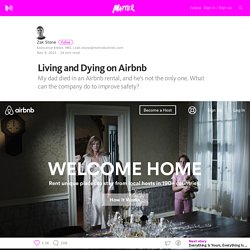 What can the company do to improve safety? The rope swing looked inviting. Photos of it on Airbnb brought my family to the cottage in Texas. 2015/02 [wired] How Etsy Alienated Its Crafters and Lost Its Soul. I shut down my Etsy store in November. 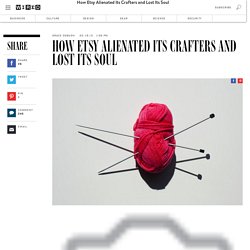 I’d been a seller since April 2006, less than a year after Etsy first went into beta. I was in my first job out of journalism school, and making cards and journals was a creative outlet and a way for me to score some extra money. I’d been selling stuff on the side at craft shows for a few years at that point, part of a larger wave of modern crafters who met online and inspired each other to start businesses. Etsy debuted at just the right time: Indie craft shows had started popping up around the U.S. in the early 2000s, but running your own online store was a complicated task. (My “store” at the time encouraged buyers to mail me money orders.) Things have changed in the past decade: Indie craft has grown from a close-knit subculture to a giant economy that influences trends in big box stores. 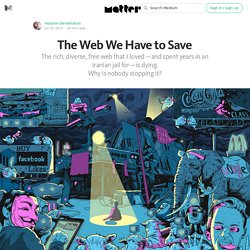 I was in Toronto, and my father had just arrived from Tehran for a visit. We were having breakfast when the second plane hit the World Trade Center. 2014/09 [telegraph] Douglas Coupland: 'I miss my pre-internet brain' I think of this while watching Bell Labs workers bustle into the building. 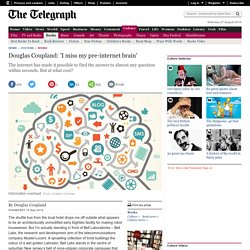 They’re flowing up mainly from the lower parking lot where they parked a fleet of silver, white and black sedans. Many are carrying briefcases and messenger bags containing laptops – these days you bring your own computer to work. I enter through gold-tinted glass doors on the west side of the building, and the early Eighties fantasia continues. 2014/09 [politico] Julia Turner takes the reins at Slate- POLITICO Media. “Continuity is the theme of editorial at Slate,” Gawker founder Nick Denton told Capital at a party feting the online magazine’s new editor in chief, Julia Turner, on Tuesday night. 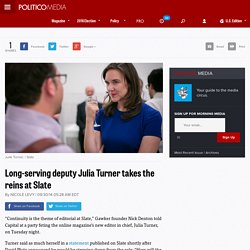 2014/07 [Slate] New Slate editor Julia Turner: Her plans for Slate and David Plotz’s legacy. Photo by Juliana Jiménez Jaramillo/Slate I came to Slate nearly 12 years ago. I’d been working in New York at Sports Illustrated Women and was about to sign on at another glossy monthly when I got an email: “David Plotz here. I want to offer you our job.