Doreen Virtue: Angel Therapy or a Fraud's Mental Illness? The Angels of Light or Fantasies of a Fraud? 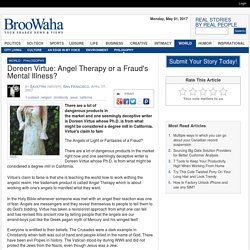 There are a lot of dangerous products in the market right now and one seemingly deceptive writer is Doreen Virtue whose Ph.D. is from what might be considered a degree mill in California. Virtue's claim to fame is that she is teaching the world how to work withing the angelic realm. Her trademark product is called Angel Therapy which is about working with one's angels to manifest what they want. Comments From Someone who Knows Him. QuoteWanderer77I don't know where to begin to comment here. 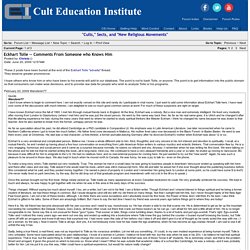 I am not exactly versed on this site and rarely do I participate in chat rooms. I just want to add some information about Eckhart Tolle here. 失われた【本質～The Essence～】を求めて - 楽天ブログ. 失われた【本質】を求めて、今。: Oops! またやっちゃったよ、ブリトニー。 ジョーティッシュ・メモ. False Guru, Snap Special - Bad Magic - Snap Judgment. Homeless man writes symphony... with no musical training. A former homeless,self-trained musician has been hailed a genius after writing a symphony. 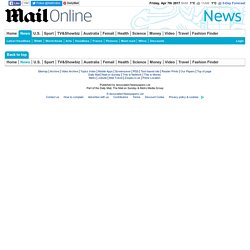 Stuart Sharp, 73, saw a vision of the musical masterpiece in his mind after his baby son Ben died 41 years ago. He could not read or write music at the time, but the melodies were so vivid he was determined to turn the 'imaginary' orchestral sounds into a symphony in memory of his lost child. Music genius: Stuart Sharp had a vision when his son died and later turned the imaginary sounds into a symphony despite having no musical training. Experience: I dreamed a symphony, then composed it. I grew up being told I had all the musicality of a brick. 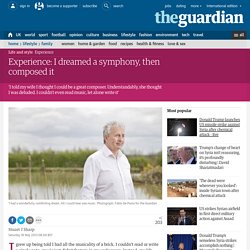 I couldn't read or write a single note; music just didn't feature in my early years. Instead, my life followed a traditional path – I married my wife, Jo, at 21 and our daughter Emma soon came along. We were expecting another baby when things took an awful turn. During labour, the contractions stopped and the doctor couldn't find the baby's heartbeat. Angelic Symphony. Welcome back to SNAP JUDGMENT. 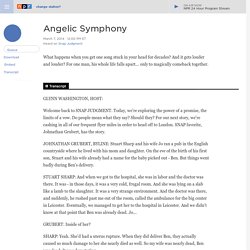 Today, we're exploring the power of a promise, the limits of a vow. Do people mean what they say? Should they? Birmingham man Stuart Sharp writes book on his journey from living rough to composing symphony. A Birmingham-born composer has written a critically acclaimed symphony with no formal music training after spending time living rough in Shepherds Bush, London. 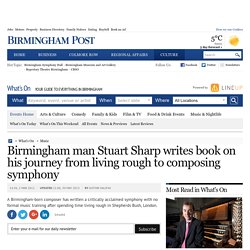 In an amazing turnaround, Stuart Sharp, who comes from Sheldon, says he struggled for many years to became a successful businessman, and has been working on his autobiography The Angels, detailing his experiences. Mr Sharp said his path in life changed with a vivid dream after the tragic death of his son Ben shortly after birth. Angeli Symphony, Snap Special - Bad Magic - Snap Judgment. 2016/07 [guardian] 'Ayahuasca is changing global environmental consciousness' Ayahuasca, as it has come to be known internationally, is a plant medicine that has been used in the Amazon for centuries for healing and spiritual purposes. 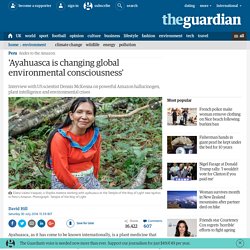 Renowned for the often extraordinary visions it induces - not to mention the deep vomiting - it is made from an Amazonian vine known to western science as Banisteriopsis caapi and usually at least one other plant. Over the last 25 years or so ayahuasca has gone global, with many 1000s of people travelling to Peru and other South American countries to drink it, and expert healers - curanderos, shamans, ayahuasqueros, maestros - travelling abroad to hold ceremonies. Many drink ayahuasca because they’re looking for healing, some are just curious, some mistake it for a recreational “drug.” What Happened to 'The Most Liberated Woman in America'? (All illustrations: Michael Tunk) I am standing in the living room of a wood-paneled modular house out in the Nevada desert. 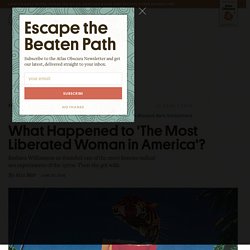 Alongside me is Barbara Williamson, once called “the most liberated woman in America”; and slinking toward us, across the grayed-out carpeting, is a large, muscular, wild animal. Now 78, Barbara had driven me here in a massive red pickup. 2016/09 [Newyorker] The Drug of Choice for the Age of Kale #ayahuasca #drug. The day after Apollo 14 landed on the moon, Dennis and Terence McKenna began a trek through the Amazon with four friends who considered themselves, as Terence wrote in his book “True Hallucinations,” “refugees from a society that we thought was poisoned by its own self-hatred and inner contradictions.” 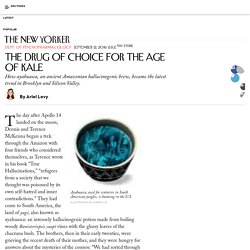 They had come to South America, the land of yagé, also known as ayahuasca: an intensely hallucinogenic potion made from boiling woody Banisteriopsis caapi vines with the glossy leaves of the chacruna bush. The brothers, then in their early twenties, were grieving the recent death of their mother, and they were hungry for answers about the mysteries of the cosmos: “We had sorted through the ideological options, and we had decided to put all of our chips on the psychedelic experience.” They started hiking near the border of Peru. The McKennas were sure they were on to something revelatory, something that would change the course of human history. 2016/09 [hatena] ペルーでアヤワスカ体験ができる場所まとめ - #あたシモ. 2016/09 [Longread] Ayahuasca 2.0: Journeying to the Swampland of the Techie Soul : Longreads Blog.