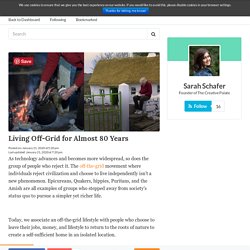 The off-the-grid movement where individuals reject civilization and choose to live independently isn’t a new phenomenon. Epicureans, Quakers, hippies, Puritans, and the Amish are all examples of groups who stepped away from society’s status quo to pursue a simpler yet richer life. Today, we associate an off-the-grid lifestyle with people who choose to leave their jobs, money, and lifestyle to return to the roots of nature to create a self-sufficient home in an isolated location. Unlike the many persons who choose to reject civilization and move into simpler living conditions, Margaret Gallagher never joined modern society to begin with. 27 Years Living On Self-Built Island. On December 21, 2019 This is the story of a couple who built their very own off-grid island. 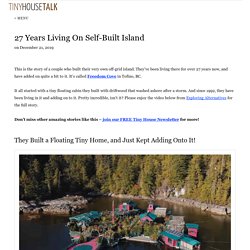 They’ve been living there for over 27 years now, and have added on quite a bit to it. It’s called Freedom Cove in Tofino, BC. It all started with a tiny floating cabin they built with driftwood that washed ashore after a storm. And since 1992, they have been living in it and adding on to it. Don’t miss other amazing stories like this – join our FREE Tiny House Newsletter for more! 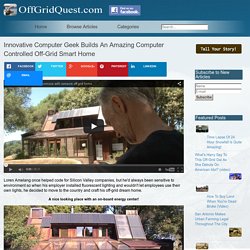 A nice looking place with an on-board energy center! Today he lives with "clean air, a great view, free hot water and free power, and a decent chunk of free heat". The entire south side of his home is covered in solar capture devices: 1600 watts of photovoltaic power, solar hot water panels, a sunroom/greenhouse and a solar hot air collector. The sunroom/greenhouse provides most of the free heat via the 'solar flue' that moderates it in warmer weather or circulates some of it into the house when needed, and the concrete walls that stabilize the temperature over time. Building on his own terms means that Amelang created a home that doesn't look or feel like anyone else's, but it works well and makes sense. Self-Sufficient Home Off The Coast of Maine. The Porter Cottage started out as a project from daughter to father, and the end result is a great getaway that’s completely off the power grid that the vast majority of us all rely on for just about anything and everything. 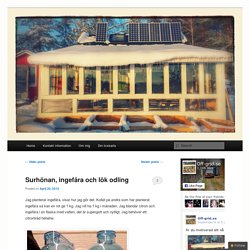 Tiny House Off-Grid Living. By Helena Mattsson Do you dream that you can change the world by changing yourself? 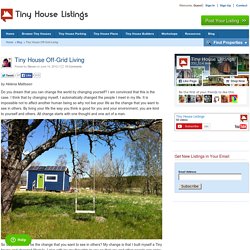 I am convinced that this is the case. I think that by changing myself, I automatically changed the people I meet in my life. It is impossible not to affect another human being so why not live your life as the change that you want to see in others. By living your life the way you think is good for you and your environment, you are kind to yourself and others.

So do you want to be the change that you want to see in others? I think that the fear of change is the biggest reason why people don’t take the necessary steps. Failure is one step closer to success. The third reason why you fail to get out of the rat race is the fear of how other fellows will look at you and how you can defend what you believe. On my deathbed, I would like to say to those who stand at my side that I am satisfied with life and that I have done what I wanted and failed a lot. My advice to you is to face your fears. Småhusrörelsen tar fart i USA - Syre - grönt nyhetsmagasin. I USA har hemmens storlek bara vuxit, trots att familjerna krympt. 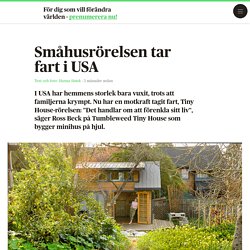 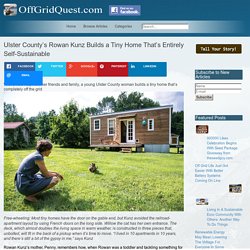 Willow the cat has her own entrance. The deck, which almost doubles the living space in warm weather, is constructed in three pieces that, unbolted, will fit in the back of a pickup when it’s time to move. “I lived in 10 apartments in 10 years, and there’s still a bit of the gypsy in me,” says Kunz Rowan Kunz’s mother, Penny, remembers how, when Rowan was a toddler and tackling something for the first time, she’d resist any help. In 2010, Kunz, then 30, moved back to her parents’ house in High Falls after a 12-year absence to take a position as an art teacher at Ellenville Elementary School.

The small-house movement has been growing fast over the last decade or so, and plans for such homes are available.