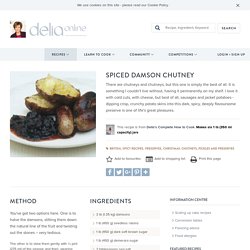 One is to halve the damsons, slitting them down the natural line of the fruit and twisting out the stones – very tedious. The other is to stew them gently with ½ pint (275 ml) of the vinegar and then, wearing rubber gloves, remove the stones as they separate themselves from the flesh - also tedious but, either way, it will only take about 25 minutes and I promise you it is well, well worth it.

Place them in a preserving pan, then core the apples but leave the peel on, and finely chop them in a processor. Then process the onions, adding both these to the pan. After that, crush the garlic and add that, followed by the ginger, raisins, sugar and the (remaining) vinegar. Now wrap the cinnamon, allspice and cloves in the muslin (or gauze) and tie the top loosely with the string to form a little bag, which should then be tied on to the handle of the pan and suspended among the rest of the ingredients.

Add their contents while they are still hot. What to make with damsons — Mostly Eating. This year has been a bumper damson crop for everybody according to the lady who rang my jam jars through the till at our local independant department store. 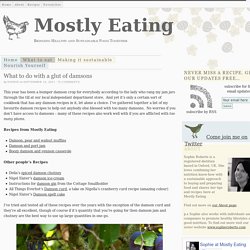 And yet it’s only a certain sort of cookbook that has any damson recipes in it, let alone a choice. I’ve gathered together a list of my favourite damson recipes to help out anybody else blessed with too many damsons. No worries if you don’t have access to damsons – many of these recipes also work well with if you are afflicted with too many plums. Recipes from Mostly Eating Other people’s Recipes I’ve tried and tested all of these recipes over the years with the exception of the damson curd and they’re all excellent, though of course if it’s quantity that you’re going for then damson jam and chutney are the best way to use up large quantities in one go.

Damson recipes – without the distress. Damsons are to plums what port is to red wine, richer, darker, stronger – and not for everyone. 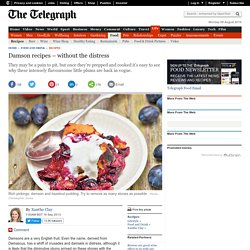 Sometimes, even for me, they can be just too strongly flavoured, almost headache-inducingly intense. Temper the powerful plumminess by mixing them in a pud, with generous amounts of crumble, or use them to stud a clafoutis or cut the sweetness of ice cream. The purée – what restaurants used to call a coulis, until (alleluia) English terms such as sauce came back into fashion – is gorgeous with hazelnut cake or meringues. Hugh Fearnley-Whittingstall. Of all the wild fruits that start to become available as summer segues into autumn, damsons are perhaps the easiest to love. 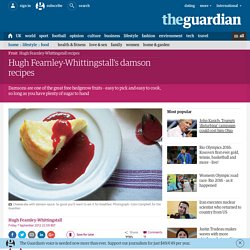 This may be because they are not truly wild, but generally escapees from domestic cultivation – plums gone rogue, if you will. A subspecies of Prunus domestica, they are close siblings of garden plums. Yet, having shaken off the shackles of horticulture and made a break for freedom, they're there for the taking, which is one more point in their favour, as far as I'm concerned. You will find damsons growing in all kinds of locations, some quite wild – woodland and riverbanks – others much more urban, including allotments and waste ground. Coming across a tree-full is the equivalent of hitting the foraging motherlode. It is technically possible to enjoy damsons straight off the tree, but only if you've found the right variety growing in a sunny spot so they're burstingly ripe – and that's a state that the local bird and wasp populations are unlikely to consent to. 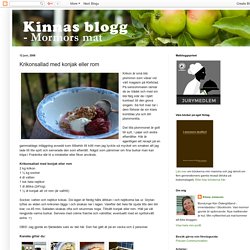 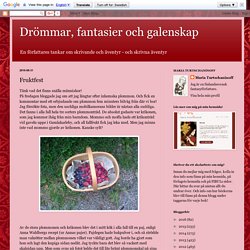 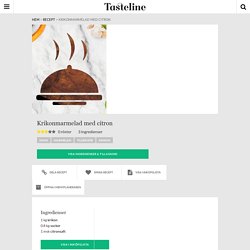 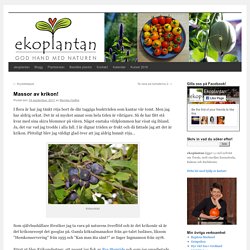 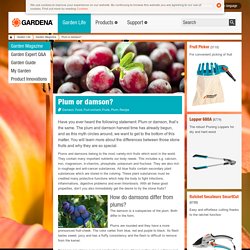 The plum and damson harvest time has already begun, and as this myth circles around, we want to get to the bottom of this matter. You will learn more about the differences between those stone fruits and why they are so special. Plums and damsons belong to the most variety-rich fruits which exist in the world. They contain many important nutrients our body needs. This includes e.g. calcium, iron, magnesium, b-vitamins, phosphate, potassium and fructose.