Archaeologist's Holiday Chapter 1: Default Chapter, a stargate: sg-1 fanfic. Author's note: This is my first foray into Stargate fiction, (my usual playground is Babylon 5 or Crusade), so please be kind as I am still feeling my way around hereg I'll post more as the story comes back from my beta. 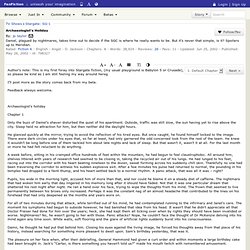 Feedback always welcome. Archaeologist's holiday Chapter 1 Only the buzz of Daniel's shaver disturbed the quiet of his apartment. He glanced quickly at the mirror, trying to avoid the reflection of his tired eyes. A week before, sitting in his cramped office hundreds of feet within the mountain, he had begun to feel claustrophobic. Pupils, too wide in the morning light, accused him of more than that, and nor could he blame it on a steady diet of caffeine. For all of two minutes during that attack, while terrified out of his mind, he had contemplated running to the infirmary and Janet's care. Damn, he thought he had put that behind him. Jack and Teal'c had already arranged a little surprise of their own for later in the day. Destiny Up For Grabs Chapter 1: Visions Suck, But I could Go For A Road Trip, a buffy x-overs fanfic. 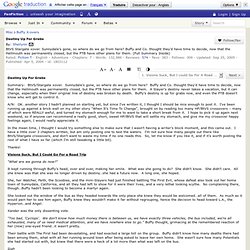 Sunnydale's gone, so where do we go from here? Buffy and Co. thought they'd have time to decide, now that the Hellmouth was permanently closed, but the PTB have other plans for them. The Essence of Us, a buffy x-overs fanfic. OK…so I'm posting another story I hadn't planned on writing. 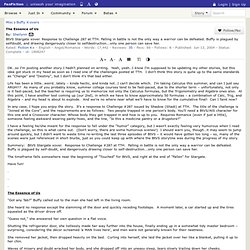 Yeah, yeah…I know I'm supposed to be updating my other stories, but this idea got stuck in my head as soon as I read one of the challenges posted at TTH. I don't think this story is quite up to the same standards as "Change" and "Destiny", but I don't think it's that bad either. Life has been a little…weird…lately – kinda hectic, and kinda not…I can't decide which. I'm taking Calculus this summer, and can I just say ARGH!!? As many of you probably know, summer college courses tend to be fast-paced, due to the shorter term – unfortunately, not only is it fast-paced, but the teacher is requiring us to memorize not only the Calculus formulas, but the Trigonometry and Algebra ones also.

In any case, I hope you enjoy the story. I have a feeling he/she meant for the response to fall under the "humor" category, but I wasn't exactly feeling very humorous when I read the challenge, so this is what came out. Have fun! The Essence of Us. Stasis Chapter 1: Awakening, a stargate: sg-1 fanfic. Forget Me Not Chapter One, a stargate: sg-1 fanfic. Forget Me Not By SGC Gategirl "Were it not better to forget, than but remember and regret? 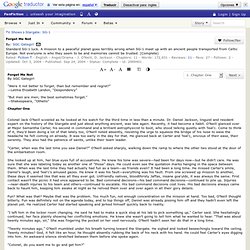 " —Letitia Elizabeth Landon, "Despondency" "But men are men; the best sometimes forget. " Unforeseen Chapter 1: Prologue, a stargate: sg-1 fanfic. Written by Moonlight Snitch She felt cold, drained, like something had forcefully removed all the energy from her and tried to push it all back in to quickly. 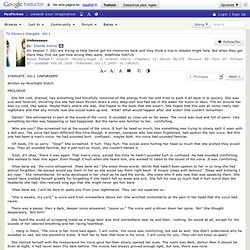 She was sick and feverish, shivering like she had been thrown down a very deep well and had sat in the water for hours or days. The air around her was icy cold, like space. Maybe that's where she was. She hoped to the Gods that she wasn't. The Ties That Bind Chapter 1: The Big Apple, a stargate: sg-1 fanfic. Title: The Ties That Bind. 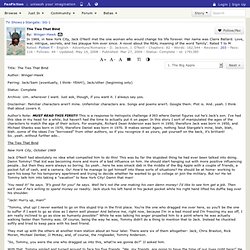 Phoenix and Fire Chapter 1: Default Chapter, a buffy x-overs fanfic. Phoenix and Fire Author: Sigma Disclaimer: Again I own nothing, I know nothing, this is merely a humble act of admiration. 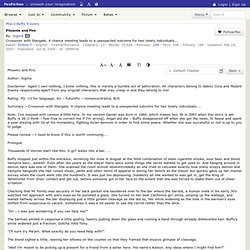 All characters belong to Gekko Corp and Mutant Enemy respectively apart from any original characters that may creep in and they belong to me! Of Their Past Chapter 1 Alexander Harris A New Member, a buffy x-overs fanfic. Spoilers- some general spoilers for seasons 1-3, AU season 4 (Anya didn't return, Xander joined the army, Tara and Willow did not get together and the whole ADAM thing occurred while Xander was on leave) and I may throw in some AU season 5. 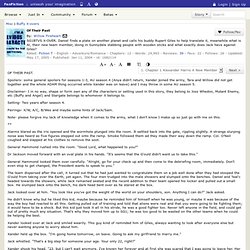 Disclaimer- I in no way, shape or form own any of the characters or setting used in this story, they belong to Joss Whedon, Mutant Enemy, etc (Buffy and Angel) and Stargate belongs to whomever it belongs to. Setting- Two years after season 4. Pairings- X/W, A/C, B/Wes and maybe some hints of Jack/Sam. Note- please forgive my lack of knowledge when it comes to the army, what I don't know I make up so just go with me on this. Alarms blared as the iris opened and the wormhole plunged into the room. General Hammond rushed into the room. Dr Jackson moved forward with an oval plate in his hands. General Hammond looked them over carefully. Jack looked over at him. Xander looked over at Jack and smiled wearily. Xander held up the box. Jack whistled. Sam smiled. Bridges Chapter 1: First Meeting, a buffy x-overs fanfic. Bridges Xander's real family challenge. 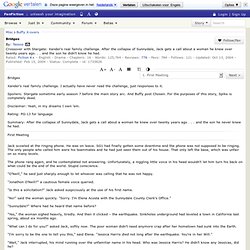 I actually have never read the challenge, just responses to it. Spoilers: Stargate sometime early season 7 before the main story arc. And Buffy post Chosen. For the purposes of this story, Spike is completely dead. Undertow.