An Angel from Hell, a Sailor Moon fanfic. An Angel from HellBy Kayla ChaviChapter 1Rating PG-13Genre: Alternate RomanceEmail: kaylachavi@yahoo.comwebsite: I like to think of myself as an ordinary guy. 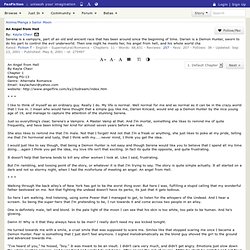 Really I do. My life is normal. Well normal for me and as normal as it can be in the crazy world that I live in. I mean who would have thought that a simple guy like me, Darien Kincaid, would end up a Demon Hunter by the nice young age of 19, and manage to capture the attention of the stunning Serena. Just so everything's clear, Serena's a Vampire. She also likes to remind me that I'm male. I would just like to say though, that being a Demon Hunter is not easy and though Serena would like you to believe that I spend all my time doing....again I think you get the idea, my love life isn't that exciting. 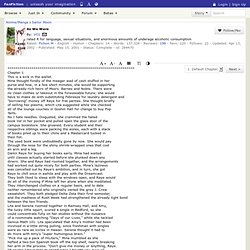 Barnes and Noble. There were no clean clothes or takeout in the foreseeable future; she would have to make do with substituting Febreeze for laundry detergent and "borrowing" money off Raye for frat parties. She thought briefly of selling her plasma, which Lita suggested while she checked all of the lounge couches in Goshin Hall for change to buy Pop Tarts. No I hate needles. Disgusted, she crammed the hated book list in her pocket and pulled open the glass door of the campus bookstore.

As We Are, a sailor moon fanfic. As We Are. 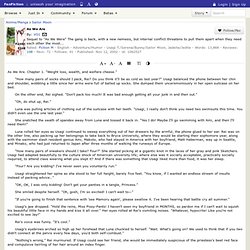 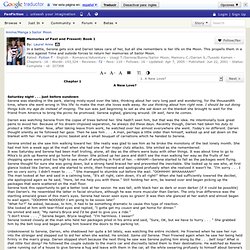 Saturday night . . . just before sundownSerena was standing in the park, staring misty-eyed over the lake, thinking about her very long past and wondering, for the thousandth time, where she went wrong in 'this life' to make the man she loves walk away. No use thinking about him right now. I should be out doing things kids my age do instead of moping. The sun was just beginning to set as she sat down on the blanket she brought to wait for the friend from America to bring the picnic he promised. Serena sighed, glancing around. Darien was watching Serena from the copse of trees behind her. Serena smiled as she saw him walking toward her. Unbeknownst to Serena, Darien, who shadowed her quite a bit lately, was watching the entire incident.

In the car, Serena introduced herself and gave directions. Paths of Thorns Chapter 1: Eight Friendships, Childhood Sorrows, a sailor moon fanfic. Author's Note: Annoying profiles below as usual..in case you're wondering what this story is, it was one of my first works (written about 1-2 years ago). 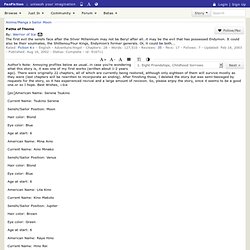 There were originally 22 chapters, all of which are currently being restored, although only eighteen of them will survive mostly as they were (last chapters will be rewritten to incorporate an ending). After finishing those, I deleted the story but was semi-besieged by requests for the story, so it has experienced revival and a large amount of revision. So, please enjoy the story, since it seems to be a good one.or so I hope. 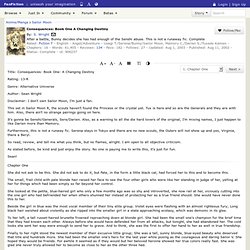 This set in Sailor Moon R, the scouts haven't found the Princess or the crystal yet. It's gonna be Senshi/Generals, Sere/Darien. Furthermore, this is not a runway fic. Consequences: Book Two A New Order Chapter 1: Prologue, a sailor moon fanfic. Title: Consequences- Book Two: A New Order Rating: 13-R. 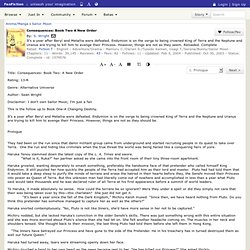 The Perfect Life Chapter 1: Default Chapter, a sailor moon fanfic. Disclaimer: I do not own Sailor Moon The Perfect Life Prologue Serena Lovette took a good look at her new bedroom. 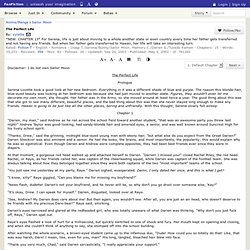 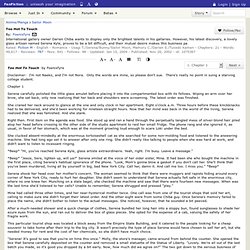 Only the words are mine, so please don't sue. There's really no point in suing a starving college student. Chapter 1 Serena carefully polished the little glass amulet before placing it into the compartmented box with its fellows. She craned her neck around to glance at the one and only clock in her apartment. Right then. She clucked absent-mindedly at the enormous tortoiseshell cat as she searched for some non-molding food and listened to the answering machine. *Beep* "Hi, you've reached Serena Kyle, glass artiste extraordinaire. Dark Angel Chapter 1: Mate for Life, a sailor moon fanfic. Title:Dark AngelAuthor:TapestryEmail:Shaddow_Cat@hotmail.comRating: Disclaimer Apply27/4/02* denotes mind speaking "Woman was created from the ribs of man Not from his head to top him Nor from his feet to be walked upon She was made from his side to be his equal From beneath his arms to be protected From very near his heart to be loved. 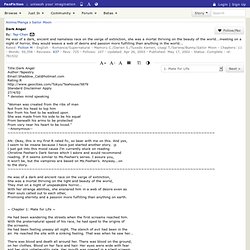 He was of a dark and ancient race on the verge of extinction, She was a mortal thriving on the light and beauty of the world, They met on a night of unspeakable horror... The Sanguine Moon Chapter 1: A New Enemy, a sailor moon fanfic. Well, this is a story I wrote for my own site about 2 years ago. I'm fond of it, although it's not quite as good as my more recent literary efforts.

In any case, I hope you enjoy it! Disclaimer: Sailor Moon never was, is not, and never will be mine. I'm just borrowing her. "Oh, Usagi! Usagi turned to face the nine young women watching her. Mina's eyes twinkled. "I think so. The Adventure To Seduce Your Own Husband Chapter 1: Men are bastards, a sailor moon fanfic.

Dangerous Chapter 1: Prologue, a sailor moon fanfic. AN: This is the Prologue chapter in what I hope is an interesting story. I have been an active reader of Sailor Moon Fanfiction for about 3 years and since some people seem to be under the impression that I have some semblance of talent I've decided to submit this in. If you enjoyed it review or email me at tasie16@yahoo.com. I look forward to your feedback. The sound of the door opening caused all the regulars looked up out of habit and their first thought was that it was just a girl. Then they took a second glance, and realized what many others already had figured out. Game of Seduction xRevisedx Chapter 1: Prologue, a sailor moon fanfic. I apologize ahead of time for going back and rewriting this…thanks for waiting patiently.

For those of you who have just started reading, and even for those of you whom have been reading, I'm going to speed through these chapters rather quickly...hopefully I will that is. It shouldn't take too long. Those of you whom are reading chapters 1-17 for the first time, I hope you enjoy. :0) For those of you whom were lucky enough to get the Chapter 18 preview, I hope you enjoy the completed version when it comes out. Game of Seduction Prologue By Mg Don't own SM. Farewell Chapter 1: Devastation, a sailor moon fanfic. Farewell by Amethyst Serenity AN: set in Sailor Moon R after the infamous breakup and the defeat of Rubeus but there is no Shingo, pink spore (you can tell how I feel about her), or any mention of Crystal Tokyo (yet). An Angel from Hell Chapter 1: Default Chapter, a sailor moon fanfic.