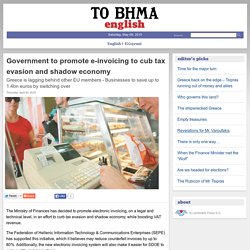 The Federation of Hellenic Information Technology & Communications Enterprises (SEPE) has supported this initiative, which it believes may reduce counterfeit invoices by up to 80%. Additionally, the new electronic invoicing system will also make it easier for SDOE to carry audits and inspections. Payment gateway integration options for startups in Greece. When talking about startups in Europe, you are not likely to hear of Greece in discussions. 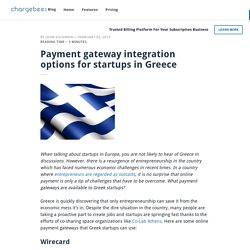 However, there is a resurgence of entrepreneurship in the country which has faced numerous economic challenges in recent times. In a country where entrepreneurs are regarded as outcasts, it is no surprise that online payment is only a tip of challenges that have to be overcome. What payment gateways are available to Greek startups?

Greece is quickly discovering that only entrepreneurship can save it from the economic mess it’s in. Despite the dire situation in the country, many people are taking a proactive part to create jobs and startups are springing fast thanks to the efforts of co-sharing space organizations like Co-Lab Athens. Greece struggles to address its tax evasion problem. The new government of Greece, led by Alexis Tsipras, has promised to tackle tax evasion. 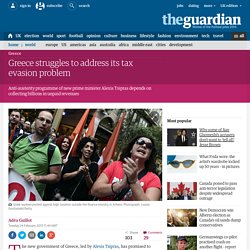 It hopes this strategy will yield €3bn ($3.4bn) in the coming months in order to cover part of the cost of its €12bn Thessaloniki anti-austerity programme. This would entail various measures – a gradual increase in the minimum wage to reach €750, an extra month’s income for pensioners receiving less than €700 a month, and various welfare benefits – to help the most vulnerable members of the community. “If this government thinks it can change the system in a few weeks it is underestimating how complicated it is to collect tax in Greece,” says Haris Theoharis, narrowly elected to parliament for the centrist To Potami party.

Between January 2013 and June 2014 he was secretary general for public revenue, a job imposed on the then conservative New Democracy government by the country’s creditors, increasingly irritated by slow progress against fraud and tax dodging. Theoharis even received threats. J-14/04/2015. J-14/04/2015. Alexis Tsipras interview with English translation. Foundation for Economic & Industrial Research. Studies in the field of macroeconomic analysis have been one of the core activities of ΙΟΒΕ since it was founded. 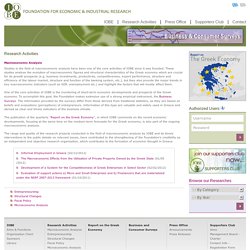 These studies analyse the evolution of macroeconomic figures and structural characteristics of the Greek economy which are crucial for its growth prospects (e.g. business investments, productivity, competitiveness, export performance, structure and efficiency of the labour market, structure and function of the banking system, etc.), but they also provide the major trends in key macroeconomic indicators (such as GDP, unemployment etc.) and highlight the factors that will mostly affect them. One of the core activities of IOBE is the monitoring of short-term economic developments and prospects of the Greek economy. To accomplish this goal, the Foundation makes extensive use of a strong empirical instrument, the Business Surveys. 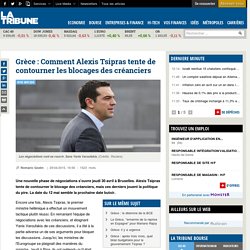 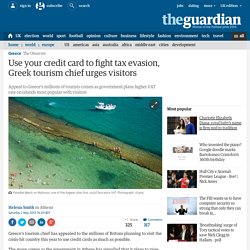 The move comes as the government in Athens has signalled that it plans to raise VAT rates on some holiday islands. Andreas Andreadis made the plea to what are expected to be record numbers of holidaymakers, saying plastic could play a key role in hindering tax evasion, a perennial drain on the Greek economy. “What we are saying is that on cash transactions above a certain level please use your credit cards,” he told the Observer. “That way it forces services and shops to declare it on the cash register and issue receipts.” Greece is bracing itself for around 25 million foreign arrivals – more than twice its population – with the vast majority heading for resorts where tax collection is notoriously lax.