Born Red. In anticipation of New Year’s Eve, 2014, Xi Jinping, the President of China and the General Secretary of the Chinese Communist Party, permitted a camera crew to come into his office and record a message to the people. 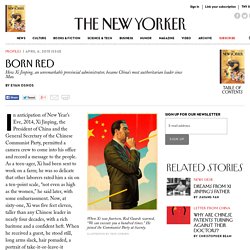 Excerpts from Philosophers’ Breakup Letters Throughout History. Can Reading Make You Happier? Several years ago, I was given as a gift a remote session with a bibliotherapist at the London headquarters of the School of Life, which offers innovative courses to help people deal with the daily emotional challenges of existence. 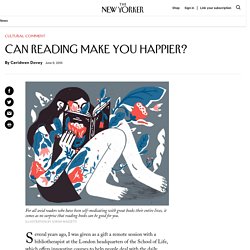 I have to admit that at first I didn’t really like the idea of being given a reading “prescription.” In an Unpredictable Job Market, How Should People Think About College Majors? The question of what to major in during college will often get another question in response: “Well, what job do you want?” 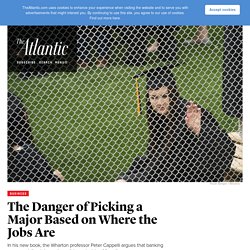 On the surface, it seems that what a person studies in college should relate to his or her planned career path, but it turns out that it’s very hard to predict how those two things will interact with each other. Peter Cappelli, a professor of management at The Wharton School of the University of Pennsylvania, studies hiring and the American workplace. His latest book, Will College Pay Off? 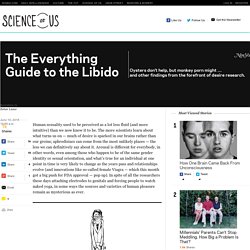 President Aquino Should Avoid Inflammatory Rhetoric On South China Sea: China Is Not Nazi Germany! Exclusive: China warns U.S. surveillance plane - CNNPolitics.com. The series of man-made islands and the massive Chinese military build-up on them have alarmed the Pentagon, which is carrying out the surveillance flights in order to make clear the U.S. does not recognize China's territorial claims. 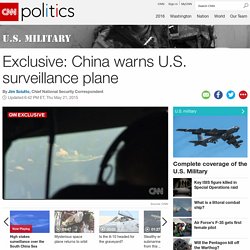 The militarized islands have also alarmed America's regional allies. Former CIA Deputy Director Michael Morell told CNN's Erin Burnett Wednesday night that the confrontation indicates there is "absolutely" a risk of the U.S. and China going to war sometime in the future. READ: China cautions U.S. Navy on patrols. Cover Story: Mark Ulriksen’s "Suiting Up” How many Republicans are running for President? 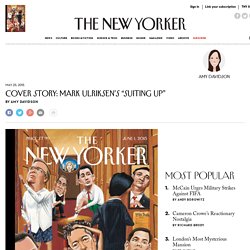 The High Road Wins. Celebrate our 25th Anniversary with us by clicking here for a free download of this special issue. 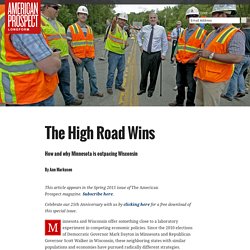 Minnesota and Wisconsin offer something close to a laboratory experiment in competing economic policies. Since the 2010 elections of Democratic Governor Mark Dayton in Minnesota and Republican Governor Scott Walker in Wisconsin, these neighboring states with similar populations and economies have pursued radically different strategies. Dayton embraces good government, progressive taxation, and high-wage policies, while Walker has chosen shrunken government, fiscal austerity, and a war on labor. Mad Max: What It Takes to Make the Most Intense Movie Ever. Half a lifetime ago, George Miller unleashed 1979’s Mad Max: a dirt-cheap, post­apocalyptic Outback thriller starring Mel Gibson as a badass, leather-clad, hard-driving survivor. 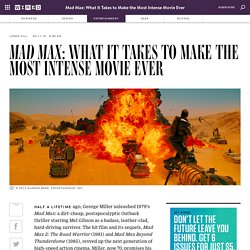 Seymour M. Hersh · The Killing of Osama bin Laden · LRB 21 May 2015. It’s been four years since a group of US Navy Seals assassinated Osama bin Laden in a night raid on a high-walled compound in Abbottabad, Pakistan. 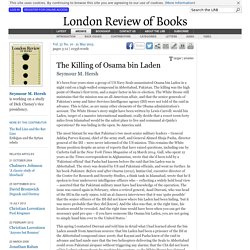 The killing was the high point of Obama’s first term, and a major factor in his re-election. The White House still maintains that the mission was an all-American affair, and that the senior generals of Pakistan’s army and Inter-Services Intelligence agency (ISI) were not told of the raid in advance. Putting Time In Perspective - UPDATED. Humans are good at a lot of things, but putting time in perspective is not one of them. 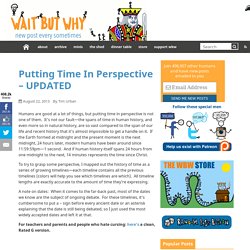 It’s not our fault—the spans of time in human history, and even more so in natural history, are so vast compared to the span of our life and recent history that it’s almost impossible to get a handle on it. If the Earth formed at midnight and the present moment is the next midnight, 24 hours later, modern humans have been around since 11:59:59pm—1 second. And if human history itself spans 24 hours from one midnight to the next, 14 minutes represents the time since Christ. EastSouthWestNorth Blog. [This is a collection of information on the Occupy Central movement/revolution (also known as the Umbrella movement/revolution) in Hong Kong.

This is not comprehensive coverage by any means. Many perspectives are already available in abundance in English (see, for example, Reddit on Umbrella Revolution), so there is no need for me to duplicate them here. Instead, the focus here is on popular Chinese-language materials that are not otherwise available in English. Most of the information is gathered from mainstream media, social media (Facebook, YouTube, discussion forums (mainly Hong Kong Discussion Forum, Hong Kong Golden Forum, HKGalden, Uwants and Baby Kingdom), blogs and polling data). The YouTube/Facebook videos have people speaking in the Cantonese dialect and the discussion forums often use uniquely Hong Kong Internet language that is not even comprehensible to mainland Chinese citizens. How the World’s Oldest People Live So Long. Jeremiah True got kicked out of class for ranting about rape culture and now he’s threatening to “rain hell” down on Oregon’s Reed College. How to Poop Like a Samurai. Why Pi Matters - The New Yorker.

Swiss Adventurer Launches Quest to 'Fly Forever' ABU DHABI, United Arab Emirates—Early on Monday, if the desert wind rushing toward the Strait of Hormuz lays down and dawn comes in clear and bright, a very large and odd-looking experimental aircraft will lift off from a military airport in Abu Dhabi, turn east toward the rising sun, and take a run at history. How to Be a Chinese Democrat: An Interview with Liu Yu by Ian Johnson.

Liu Yu is one of China’s best-known America-watchers. A professor of political science at Tsinghua University, she lived in the US from 2000 to 2007 and now researches democratization in developing countries, including her own. The thirty-eight-year-old became famous in China in 2009 with the publication (in Chinese) of Details of Democracy, a collection of her blogs that described how politics works in America. How to Write About Characters Who Are Smarter Than You. My least favorite moment in all of cinema is a relatively common one. You will recognize it, I’m sure, from dozens of movies and TV shows that prominently feature scientists.