The Locked Room in the Department of Mysteries: Snarry in Canon - drinkingcocoa - Harry Potter - J. K. Rowling. Definition of Need by asnowyowl. Definition of Need Part 1 Severus closed the door on his last class of the day and sagged against it, massaging the back of his neck with one hand while flicking the door’s thumb lock with the other. 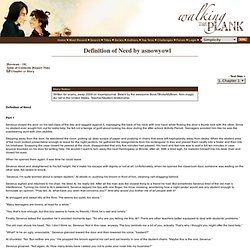 Since no student ever sought him out for extra help, he felt not a twinge of guilt about locking his door during the after school Activity Period. Teenagers avoided him like he was the overbearing aunt with chin stubble. Stepping away from the door, he wandered the room, picking up stray scraps of paper and pushing in chairs that were left haphazardly away from desks. When he opened them again, it was time he could leave. Severus stood and straightened to his full height. “Severus, I’m quite worried about a certain student.” Severus sighed and returned to his chair. Al shrugged and swept idly at the floor. “Many teenagers are loners, at least for a while.” “Yes, that’s true enough, but this boy seems to have no friends. Finally, Severus asked the question he’d avoided moments ago. Untitled. Ink Stained Fingers - Main Page. Intertexius. Pale green - torch - Harry Potter - J. K. Rowling. Harry nearly dropped his bottle of Butterbeer. 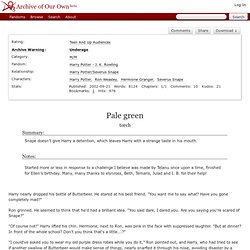 He stared at his best friend. "You want me to say what? Have you gone completely mad? " Ron grinned. He seemed to think that he'd had a brilliant idea. "Of course not! " Every Time You Leave by Mia Ugly. Every Time You Leave The First I thought that I was like an island I was wrong, guess I was wrong I see your face and then it hits me. 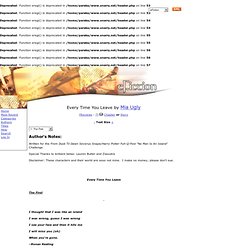 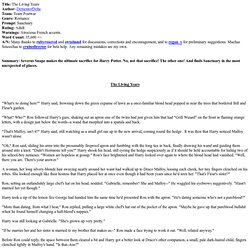 Word Count: 35,600 +/-A/N: Many thanks to rubyrosered and swtalmnd for discussions, corrections and encouragement, and to regan_v for preliminary suggestions. Muchas Smoochas to cruisedirector for beta help. Any remaining mistakes are my own. Snarry World. En Ingles. 'Eudaimonia' by ZillahWhere do people go when they apparate? 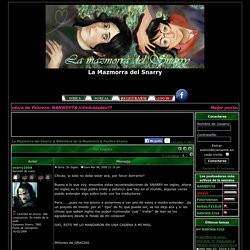 This is a very strange, spare and careful story that leaves one's heart aching at the end... Snape takes Harry to 'the space between' in order to protect him from Voldemort, i.e., to the region of space where people go when they apparate. Severus and Harry spend a long time there, in hiding, and their relationship eventually changes. Port of the Snape/Harry Ship. Fanfiction by cluegirl. Snape/Harry Recs. The Mirror of Maybe. Nym's Fan Fiction Site: Home Page. Intertexius. Recommendations. The Phial Cabinet Home Page. The Severus Snape Fuh-Q Fest. The third wave ran from 13 June to 10 August 2003. 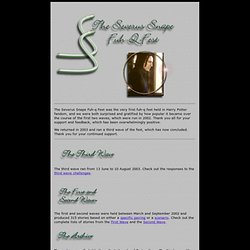 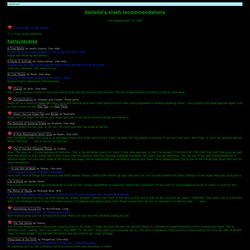 Be warned. ** = most recent additions. harry/severus A Final Battle by poetic licence. For all your Snarry needs. My Harry Potter Fan Fiction Rec I like HP, I read fanfics.… The SS/HP Prophet. 509 Bandwidth Limit Exceeded. Growing Pains. Author's Note: Sequel to A Nick in Time Disclaimer: All characters owned by JK Rowling. 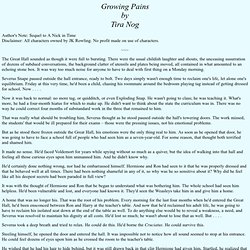 No profit made on use of characters. The Great Hall sounded as though it were full to bursting. There were the usual childish laughter and shouts, the unceasing susurration of dozens of subdued conversations, the background clatter of utensils and plates being moved, all contained in what amounted to an echoing stone box. It was way too much noise for anyone to have to deal with first thing on a Monday morning. Severus Snape paused outside the hall entrance, ready to bolt. Now it was back to normal: no more tag, or quidditch, or even Exploding Snap. That was really what should be troubling him, Severus thought as he stood paused outside the hall's towering doors. Between The Lines. In November by Telanu. In November, under a surprisingly gentle Scottish snowfall, Harry Potter died. 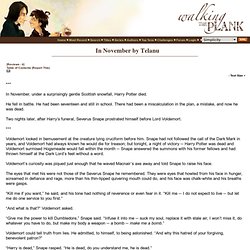 He fell in battle. He had been seventeen and still in school. There had been a miscalculation in the plan, a mistake, and now he was dead. Two nights later, after Harry’s funeral, Severus Snape prostrated himself before Lord Voldemort. IYAP Cover. Time and Time Again Chapter 11: Over and Over, a Harry Potter fanfic. Time and Time AgainBy Mottlemoth Chapter Eleven – Over and Over. 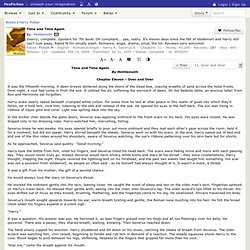 Into the Storm by Spirit. Into The Storm The announcement had been made in the Great Hall at midday. There was a thunderstorm setting and all outdoor classes were to be kept inside the castle. No student was to venture outside as there was no telling what the lightning was bound to hit. And so the students were made prisoners in their common rooms, left to entertain themselves in front of the fires or to visit the library, or if all else failed to venture into the Great Hall and experience the storm from the safety of a magically charmed ceiling. As long as they did not get in the way of the house elves, or Hagrid and his 'pets' for that matter.