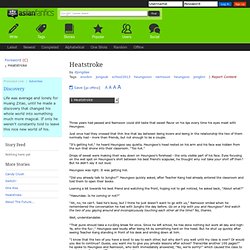 Just once had they crossed that thin line that lay between being lovers and being in the relationship the two of them normally had - more than friends, but not enough to be a couple. "It's getting hot," he heard Heungsoo say quietly. Heungsoo's head rested on his arm and his face was hidden from the sun that shone into their classroom. "Too hot. " Drops of sweat were making their way down on Heungsoo's forehead - the only visible part of his face. Heungsoo was right. "Did you already talk to Jungho? " Leaning a bit towards his best friend and watching the front, hoping not to get noticed, he asked back, "About what? " "Haeundae. "Ah, no, he can't. Well, understandable. "That punk should take a ғυϲƙing break for once. "I know that the two of you have a looot to say to each other, but why don't you wait until my class is over? Namsoon watched him quietly – again. "Huh? "Ya! Actor Lee Jong Suk reveals he's mistaken as a flirt. 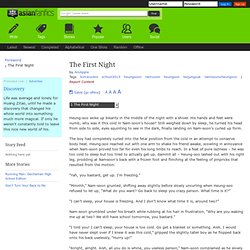 His hands and feet were numb; why was it this cold in Nam-soon’s house? Still weighed down by sleep, he turned his head from side to side, eyes squinting to see in the dark, finally landing on Nam-soon’s curled up form. The boy had completely curled into the fetal position from the cold in an attempt to conserve body heat. Heung-soo reached out with one arm to shake his friend awake, scowling in annoyance when Nam-soon proved too far for even his long limbs to reach.

In a feat of pure laziness – he was too cold to sleep but too tired to actually get up, dammit all – Heung-soo lashed out with his right leg, prodding at Namsoon’s back with a frozen foot and flinching at the feeling of pinpricks that resulted from the motion. “Yah, you bastard, get up. “Mmnhh,” Nam-soon grunted, shifting away slightly before slowly uncurling when Heung-soo refused to let up, “What do you want? “I can’t sleep, your house is freezing. Home Is Just Another Word For You - kdrama school2013 heungsoon gonamsoon namsoon heungsoo parkheungsoo. Characters Go Nam Soon & Park Heung Soo are the main characters. 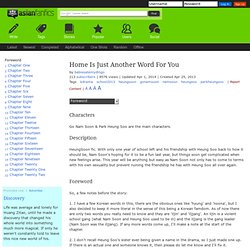 Description HeungSoon fic. With only one year of school left and his friendship with Heung Soo back to how it should be, Nam Soon's hoping for it to be a fun last year, but things soon get complicated when new feelings arise. This year will be anything but easy as Nam Soon not only has to come to terms with his own sexuality but prevent ruining the friendship he has with Heung Soo all over again. Foreword So, a few notes before the story: 1. 2. 3. 4.