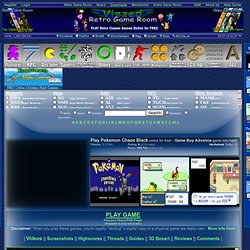 Bulbasaur is now a Grass/Electric type Pokémon called Magid. His volt absorb ability will fully protect him from electricity damage while crediting him with one quarter the amount of his full HP. Charmander is now a baby lion called Flaon. He has a mane so maybe he is not exactly a cub. Caterpie is now an antennaed fat little green bug called Tase. 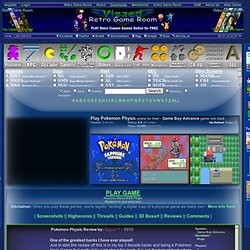 Just to start this review off this is in my top 3 favorite hacks and being a Pokémon Hack Gamer that really tells a lot about this hack. It is not the type of hack where there are new maps, new gyms, text changes, etc. which is not that great because the adventure aspect does not change but it is also not bad because I have seen some very awkward changes in hacks where you could tell the developer did not work very hard on it. The main changes in this hack is the fact that on the beginning routes you could catch both legendaries and random final evolutionary Pokémon such as Gorebyss, Aggron, Moltres, Salamence, etc. which if you love legendary Pokémon then you will absolutely enjoy this hack. 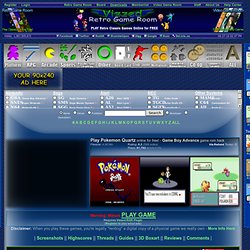 It was easy to me. A game that is good to try good job Baro for making a good game. A... Graphics 8 Sound 8 Addictive 9 Story 8 Depth 7 Difficulty 2 Review Rating: 4/5 Submitted: 07-13-13 Review Replies: 4 Reply to this Review 8.3 - Serious review for Pokemon Quartz - HakumeixShay Alright, due to some very helpful tips I've decided to try on my intro to my reviews, so let's start, maybe my stupidity will ru... 7.5 - Decent - Daedra I like that there are new characters, a new story, and all new Pokemon... Play Pokemon Crono (beta 2) rom hack Game Online - Game Boy Advance free gba. 8.3 Graphics 7.8 Sound 8 Addictive 7 Story 8.6 Depth 4.5 Difficulty 4.8 8.3 - Review - skywright Graphics: For the most part the graphics are fine but there is a problem with how the main characters sprite is constantly flash... 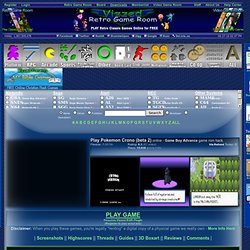 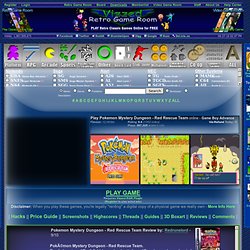 Once a human adapts to a certain environment they are comfortable with, they will stick with it as long as it is adequate. This is largely why franchises are so successful: the person, if they liked what they have seen before, they will likely stick with it unless there is a strong reason to leave it (like a sudden decrease in quality, an unwanted change in direction etc.). Pokémon is no different. Perhaps that is a huge reason why Pokémon has succeeded; the main games are largely unchanged in their core formula. The basic premise of Red Rescue Team is that the protagonist has turned into a Pokémon, but they do not know how that has happened. The final verdict, however? Play Pokemon Jupiter rom hack Game Online - Game Boy Advance free gba. Pokemon Jupiter review Hello all fellow vizzed users, today I will be doing a review of pokemon Jupiter, which is an awesome pokemon hack. 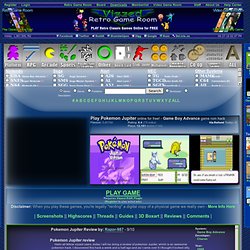 I discovered this hack a week and a half ago and as I came over it I thought it looked silly, but after giving it a try, I was totally hooked on it. Nevertheless, You can play as the character Ivan from Golden sun and you must enter the portal to enter the vast world of pokemon in order to stop the great deluge and save the Mynoan civilization, as the description says, this isn't a duplication of golden sun, rather the main character and the soundtrack as well as some other characters make cameo appearances throughout the game. If anything, this is by far one of the most unique pokemon hacks I have ever played on vizzed, it is different because of its design and the plot twist that you are introduced to in the beginning, but in the end I can almost guarantee you will be satisfied with this game. 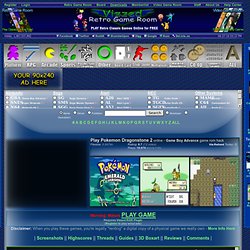 Not completely mind you. But enough for me to see enough to make a good judgement. I am not going to punish myself sitting through another pokemon game to it's completition. GRAPHICS: 5.I give the graphics an average score. SOUND: 5.No changes to sound, and pokemon's sound track is about the only thing that doesn't get frustrating and tiresome. ADDICTIVENESS: 3.I'll give the hacker this much... there is more to this then any pokemon game in it's normal incarnation. 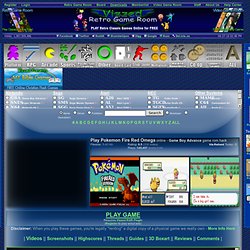 You really feel like the hacker tried when he developed Red Omega. I will leave out explanations for why I rated sound, depth, difficulty the way I did. Basically those elements had not changed, and were never very good to begin with. But there are some major changes as far as the game itself. Play Pokemon Adamantite rom hack Game Online - Game Boy Advance free gba. 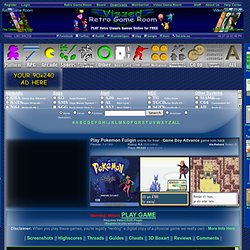 Graphics- The graphics were solid. I experienced no glitches during my playthrough. All people, houses, locations and pokemon/sprites were flawless. Due to the original only having graphics to a GBA standard there was never going to be any wonders of detail but no mistakes so I scored a 9. Sound- As Pokefans we all know the music is never too complicated. Addictiveness- Extremely addictive. Story- For how long have we all wanted a Team Rocket storyline that allows us to be on their side? Depth- Aspects from generations 1-3 were present throughout e.g. Difficulty- As expected in a pokemon game nothing was too difficult, trainers were weak and gym leaders were much stronger but nothing too much to overcome.