IndiaShor is Latest Entertainment News And Gossip Provider from Bollywood and Hollywood With News and Photos and Videos.

Ajay Devgn Promises Akshay Kumar he will watch Rustom Sunday. The time Ajay Devgn released the trailer of Shivaay, on August 7, it has met with positive response, so much so that, people have even compared it with Hollywood films and some even went on to claim it being better than many. 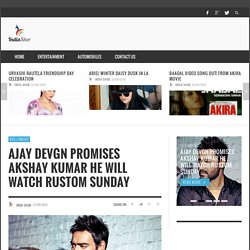 An american YouTuber termed it as one of the best. Ajay Devgn Promises Akshay Kumar he will watch Rustom Movie On this Sunday. The trailer uploaded on YouTube has been viewed more than 12 million times. Ajay Devgn has been applauded for the trailer and looks like Akshay Kumar is the latest entry to the list of people those who were blown away by the trailer. Urvashi Rautela Friendship Day Celebration. Ariel Winter Daisy Dusk in LA. As the star of one of Hollywood’s most popular sitcoms, there is no question she often finds herself the center of attention. 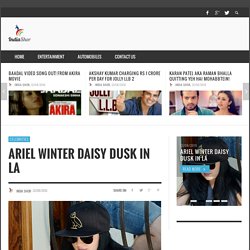 Ariel Winter Daisy Dusk as she heads to a salon in LA And that was likely once more the case for Ariel Winter on Thursday, but this time for a very different reason. Read Also: Ariel Winter Black Mini Dress With Caged Boots The 18-year-old showed off her pert derriere in a pair of tiny Daisy Dukes when she headed off to salon in West Hollywood. The Modern Family starlet also opted to put her flat stomach on full display with the help of a grey and clingy crop top. Wearing her hair up into a high ponytail, the actress was clearly in the mood to keep her cool as she headed outdoors. Baadal Video Song Out! From Akira Movie. 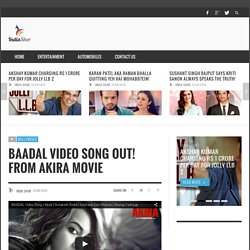 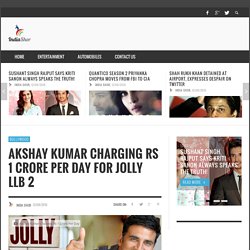 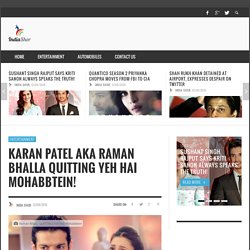 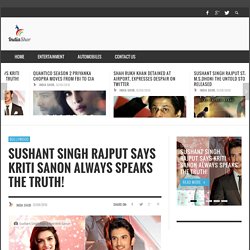 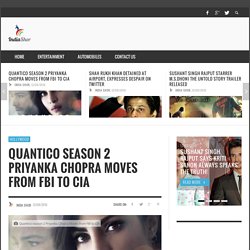 The 34-year-old star on Wednesday took to Instagram and mentioned that the new season will also come with a “new look” and “new faces”. Read Also: After Quantico, Priyanka Chopra Heads for Reality Show Project Runway Season 15 In the poster, Priyanka features with actor Jake McLaughlin, who plays Ryan Booth in the show. 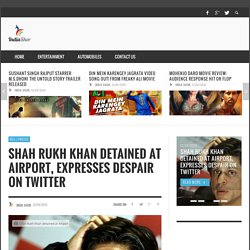 He tweeted ‘it sucked’ to be detained ‘every damn time’. He spent the time playing Pokemon Go. Bollywood star SRK took to twitter and expressed his disappointment at being detained by US authorities at Los Angeles International Airport. Notably , it was not clear that he was detained and for how long. Sushant Singh Rajput's M.S.Dhoni The Untold Story Trailer Launch. Dressed formally for the evening in a grey blazer and black tie, MSD looked sharp and stylish to the core at Mumbai lunch of M.S.Dhoni The Untold Story Trailer. 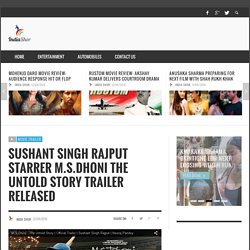 Shouts of Dhoni, Dhoni reverberated as one of India’s most loved cricket icons, M.S. Dhoni entered the auditorium of a suburban multiplex to launch the trailer of his biopic Dhoni along with actor Sushant Singh Rajput. Dressed formally for the evening in a grey blazer and black tie, Dhoni looked sharp and stylish to the core in gelled hair and a two-day stubble. Din Mein Karengey Jagrata Video Song Out! From Freaky Ali Movie. Din Mein Karengey Jagrata Video Song from Freaky Ali has Nawazuddin Siddiqui going bonkers on stage. 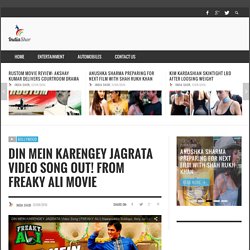 Rustom Movie Review: Akshay Kumar delivers courtroom drama. Rustom Movie Review: Akshay Kumar, Ileana D’Cruz film based on the KM Nanavati murder case takes its time to set the pace. But having done that, it is a taut thriller. Anushka Sharma preparing for Next film With Shah Rukh Khan. Anushka Sharma has started preparations for Imtiaz Ali’s project starring Shah Rukh Khan. Anushka Sharma, who is on a roll with Salman Khan starrer “Sultan” reportedly entering the Rs 300 crore club, is busy preparing for her new film, which will once again see her paired with superstar Shah Rukh Khan. She has started preparations for Imtiaz Ali’s project. View Also: Anushka Sharma Instagram Pics and Videos, You Should Not Miss The 28-year-old actress, who made her debut opposite Shah Rukh Khan in “Rab Ne Bana Di Jodi,” will be romancing the superstar again in the upcoming movie, which will go on floors soon. “Script -Best companions for prepping a new film. Kim Kardashian Skintight LBD After Loosing Weight.

Kim Kardashian Skintight lbd The West marvelled at her tiny waist while taking a wardrobe selfie in a Kim Kardashian Skintight LBD on Wednesday. The 35-year-old star – who earlier revealed she’d weighed in at 124.6lbs – posted a video on Snapchat while trying on the outfit. ‘You guys, doesn’t my waist look Photoshopped?’ She said while admiring herself in the mirror. Kylie Jenner Birthday Celebration With Kendall,Bella,Tyga,Hailey.

Kylie Jenner Birthday Celebration Kylie Jenner Birthday Celebration looks like a vacation she won’t soon forget. The 19-year-old spent a day out on the water and by the ocean with her boyfriend Tyga and a group of her closest gal pals. Bella Hadid and Hailey Baldwin were joined by the birthday girl’s sister Kendall Jenner as well as several of Kylie’s friends since early childhood, and by the looks of things on social media, everyone seemed to be having the time of their lives. Beach VolleyBall Babes At Rio Olympics 2016. Beach volleyball babes raised the temperature on Rio de Janeiro’s Copacabana Beach today but it still wasn’t enough to fill out the stands. Sau Aasmaan Video Song Out! From Baar Baar Dekho Movie.