Indianmetrorail.in is an unofficial informational website which provides information, news and updates, current openings, facilities, fair updates and other services. Our major concern is to aware our visitors at maximum as we can and deliver the best updates regarding Indian Metro. 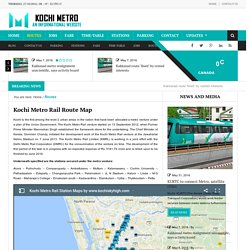