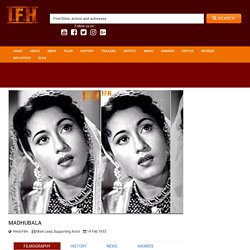 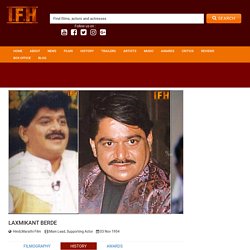 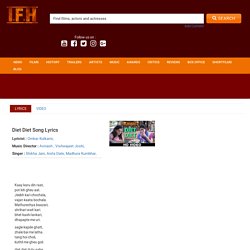 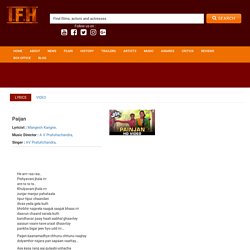 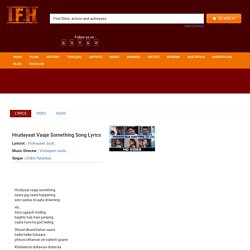 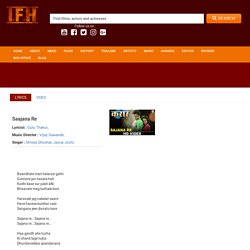 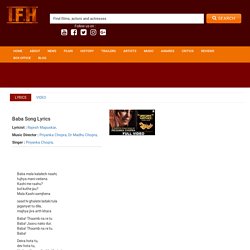 Kashi me raahu? Sonu Nigam Azaan row gives a new topic for debate on Social Media. Singer Sonu Nigam recently got upset after being woken up early morning by the Azaan on the loudspeaker. 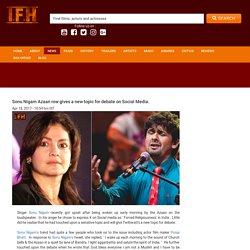 In his anger he chose to express it on Social media as ' Forced Religiousness' in India . Little did he realise that he had touched upon a sensitive topic and will give Twitterati's a new topic for debate. Sonu Nigam's trend had quite a few people who took on to the issue including actor film maker Pooja Bhatt. In response to Sonu Nigam's tweet, she replied, ' I wake up each morning to the sound of Church bells & the Azaan in a quiet by lane of Bandra.

I light aggarbattis and salute the spirit of India. " He further touched upon the debate when he wrote that God bless everyone I am not a Muslim and I have to be woken up by the Azaan in the morning. Aishwarya Rai Bachchan is on a mission to redefine her stunning and prove that age is only a number. Aishwarya Rai Bachchan shot pictures of herself recently looking sexy in the new shoot that goes to prove that age is just a number or ageing just doesn't apply to her. 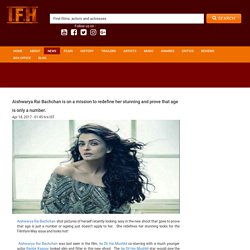 She redefines her stunning looks for the Filmfare May issue and looks hot! Aishwarya Rai Bachchan was last seen in the film, Ae Dil Hai Mushkil co-starring with a much younger actor Ranbir Kapoor looked slim and fitter in this new shoot. The Ae Dil Hai Mushkil star would give the younger stars a run for their money with the host of photo shoots which did a round on the magazine covers and she looks simply ravishing and sizzling in her latest pictures. The Filmfare issue talks about women in power and who could represent power better than Aishwarya Rai Bachchan? Diva Sushmita Sen in her come back, looks as sizzling as she did in her Dilbar Song. Sushmita Sen has recently shot for a commercial after a long break and looks serene in her come back on the small screen with her stunning and beautiful looks. 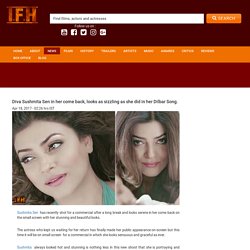 The actress who kept us waiting for her return has finally made her public appearance on-screen but this time it will be on small screen for a commercial in which she looks sensuous and graceful as ever. Sushmita always looked hot and stunning is nothing less in this new shoot that she is portraying and once again is back with a bang and hopefully she stays on for many more. Her last film was the throwback hit Dilbar Dilbar in Sanjay Kapoor starrer Sirf Tum released 18 years ago. The actress has said she would make a comeback only if she can connect with the project that is being offered to her .In the new project she is on it speaks of water and the importance of drinking purified water. A meaningful message across through Sushmita Sen. SachinTendulkar's acting debut in Sachin A Billion Dream. Sachin Tendulkar's biopic film trailer is being praised by cricket fans across the nation and Bollywood fraternity .

Sachin makes his acting debut in the biopic , 'Sachin:A Billion Dream' and begins his new innings this time as an actor . The ace cricketer released the trailer of the film giving his fans a nostalgia . The trailer appreciated by the film fraternity had a few commenting. Twinkle Khanna reveals that her father Rajesh Khanna had spotted her writing talent when she was a kid and had predicted she would be a writer. Twinkle Khanna's journey into the Bollywood industry wasn't a very impressive one and she did not do as much as she would have loved to perhaps because her calling was writing for best selling books.

She goes by the name of Mrs.Funnybones on Twitter wherein she won the hearts of millions making her one of the most charming personalities of the recent times. Veteran actress Asha Parekh confessed that Late filmmaker Nasir Hussain was the only man she loved. Yesteryear actress the beautiful Asha Parekh confessed that the only man she was loved in her life was the filmmaker Nasir Hussain. The film industry has known of her long standing relationship with Nasir Hussain who had first introduced her in Dil Deke Dekho in the year 1959 and both went on to collaborate further to seven films together which were all super hit films. The films included Teesri Manzil, Caravan etc. The personal relationship shared between two has come to light in Asha Parekh's biodata, ' The Hit Girl'.

Rahul Bose says Indian Cinema has to be inspired by Iranian Cinema. Actor Filmmaker Rahul Bose says Iranian cinema are an inspiration and filmmakers from Indian Cinema should learn the art of making films under the specific time bound restrictions and be inspired by Iranian Cinema. The actor went on to say that Iranian Cinema is world -class which is made with 99 restrictions but that doesn't stop them from creating quality . Rahul's last directorial film, ' Poorna' screened out for around 145 minutes in his statement added that there's always a creative way that one can use and people will not understand the problems you went through" The actor said it has been challenging to find an efficient team to work for his film, ' Poorna' which is a story about the youngest girl in the world to scale Mount Everest.

After the success of 'Poorna', Rahul Bose is keen to make films for the global audience. Shruti Haasan is one more actress going out an extra mile and learns sword fighting. Shruti Haasan is one more on the block of actors who go an extra mile to make sure they get into the groove of the character they play and as real as it can get. Ms. Haasan is learning sword fighting for her forthcoming outing, 'Sangamithra', a trilingual fantasy film. In the film, the actress plays the role of a warrior princess and once she was on board she is taking lessons in combat from a professional trainer in London.

A close source says that Shruti Haasan has been getting trained with action choreographer and her workshop include basic movements and manoeuvres and will eventually progress to learning the finer aspects of precision and physical agility. She is learning the professional way and will also learn the mind mapping techniques. Sonakshi Sinha wants to interview the two legends, her dad Shatrughan Sinha and Amitabh Bachchan. Sonakshi Sinha is actively promoting her upcoming film, ' Noor' in which she shares her aspirations that if she was a journalist in her real life, she would have loved to interview the two veterans in Indian Cinema, Mr. Amitabh Bachchan and her dad Shatrughan Sinha.

Ace Choreographer director Farah Khan doesn't believe in Gender difference. Ace director Choreographer Farah Khan doesn't believe that Bollywood is discrimination against women. While Farah was attending the fifth Veda session , a weekly cultural workshop hosted by Whistling Woods International for its students, the director was invited to address to the students and she stressed upon the gender equality and that there is complete equality between the two genders in the Bollywood Industry. The actress further stated that its not like if you are male you have more work to do and if you are a female, you have less work given to you. The History of Leena Chandavarkar. Film History. Bikini Babe Smita Gondkar to play a married woman in Mr. and Mrs. Unwanted.

5 Reasons to watch Shreyas Talpade and Manjari Fadnnis starrer Wah Taj. “Wah Taj” is already making an impression with its fresh tale and Shreyas Talpade’s squashy, bucolic avatar. Directed by Ajit Sinha, “Wah Taj” presents an unusually quirky squabble between a man and a monument mapping out the story of a Maharashtrian farmer who lays claim to the ownership of a land where Taj Mahal is built. Shreyas plays Tukaram Raosaheb Marathe, while Manjari Fadnnis plays his wife in the film. ‘Wah Taj’ is a thought-provoking humor spiked thriller based on the struggle of a farmer against the corrupt establishment.

Shot predominantly in Agra and Bhopal, the movie ‘Wah Taj’ reconnoiters and illustrates Agra in a completely new way. Last seen in Great Grand Masti as Babu Rangeela, the Iqbal actor will be seen essaying the role of a farmer Tukaram while the beautiful Manjari Fadnnis will be back after her role as Juhi in ‘Kis Kisko Pyaar Karu’. One of the highlight of the movie is the motion poster with a voice over of Amitabh Bachchan. 5 things to watch out for: Related. I-Series. Tutak Tutak Tutiya. M.S.Dhoni - The Untold Story.