Becoming a Friend of God: the Path of Sufism and Quakerism. ??Islam Today: A Muslim Quaker’s view??<br>by Christopher Bagley. Salvation, Heaven, and Hell: The Qur’anic Viewpoint. Archive Edition by Namaste Publishing. Muslims can reinterpret their faith: it’s the best answer to Isis. There is a great deal of talk about reform and reinterpretation of Islam these days, in order to counter the views of extremists such as Isis. 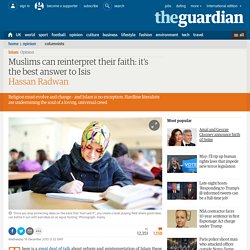 Liberal and progressive interpretations depend mostly on nuanced readings of the Qur’an and Sunna, or forcing new meanings out of them. But by playing the extremists’ game of interpreting the texts, we allow them a semblance of legitimacy. We also give them the opportunity to come back with theological workarounds. Reviving Islamic female scholarship after centuries of erasure.

Like other holy scriptures, the Quran has been studied and read, commented on, and interpreted mostly by men. 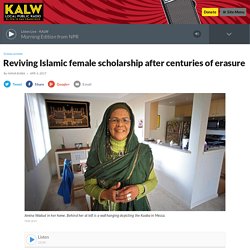 There was a tradition of female scholarship early in Islam, but later, it was men at the helm of breaking down the verses, and deciding how they’re applicable to everyday life. Today, there’s a revival of that female scholarship right here in the U.S. The office of Islamic scholar Dr. Amina Wadud is full of books on Islamic history and theology. She’s an African American convert to Islam who grew up the daughter of a Methodist minister. At age 14, she went away for high school and had the opportunity to live with families of different faiths: Unitarian Universalist, Catholic and Jewish. Salvation, Heaven, and Hell: The Qur’anic Viewpoint. Quran. The Interspiritual Revolution. “We must all achieve our identity on the basis of a radical authenticity… [for] it is only in the real world of the person – neither singular nor plural – that the crucial factors influencing the course of the universe are at work.” – Raimundo Panikkar, “The Silence of God,” Introduction p. xviii There can be little doubt that traditional religious frameworks are no longer speaking to new generations as they have in the past, especially in the West. 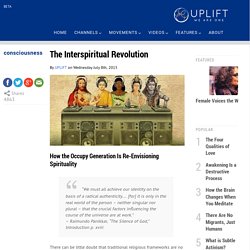 In a recent article in the LA Times, Philip Clayton, Dean of Faculty at Claremont School of Theology, writes that the fastest growing religious group in the United States is “spiritual but not religious,” containing a shocking 75 percent of Americans between the ages of 18 and 29. Clayton argues that young people are not necessarily rejecting a sense of God, rather they feel that religious organizations are too concerned with money and power, too focused on rules and too involved in the structures of the political status quo. Willing to Quest. Shaykha - Sufi Women Lead by Kelly Thomson & Zachary Stuart.

A Woman’s Virginity Is Between Her and God – Muslim Girl. Today, hundreds of Indonesian women are forced to have virginity tests done in order to join the police force. 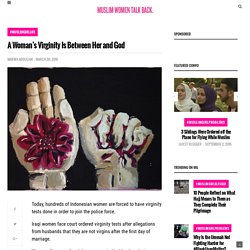 Are Wahhabis Sunnis? Chechnya Conference and Saudi anger… More than 200 Muslim scholars came together in Grozni, Chechnya, for a conference on Islamic issues. 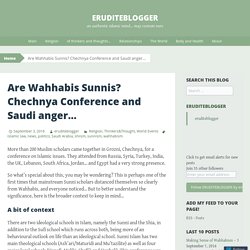 They attended from Russia, Syria, Turkey, India, the UK, Lebanon, South Africa, Jordan… and Egypt had a very strong presence. So what’s special about this, you may be wondering? This is perhaps one of the first times that mainstream Sunni scholars distanced themselves so clearly from Wahhabis, and everyone noticed… But to better understand the significance, here is the broader context to keep in mind… A bit of context.

Counsels of Religion (9781891785405): Imam Haddad, Mostafa al-Badawi: Books. Teaching Students Philosophy Will Improve Their Academic Performance, Shows Study. There are many attempts to improve student performance which result in a host of measures, ranging from misguided to inspired. 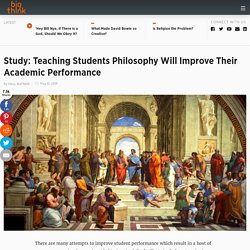 Such efforts include not assigning students homework, recalibrating standardized tests to account for unfair background advantages, or subjecting students to the hard-to-fathom Common Core standards. But a recent endeavor in the UK found another solution which actually appeared to have worked - the students were taught philosophy! A study published last year demonstrated that 9 to 10 year olds, who took part in a year-long series of philosophy-oriented lessons, showed significant improvement in scores over their peers in a control group. The study involved over 3000 children in 48 primary schools all around England. The kids who were taking philosophy classes improved their math and reading skills by about two months of additional progress compared to the students who didn't take the classes. Newsweek. 9781136217289 sample 495149. Islam doesn′t need a Martin Luther! Calls for an Islamic Reformation are issued in the wake of every Islamist act of terrorism. 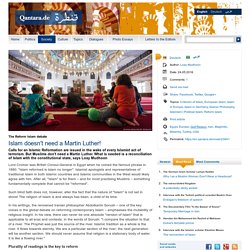 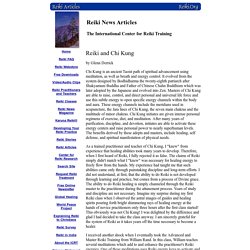 It evolved from the system designed by Bodhidharma the twenty-eighth patriarch after Shakyamuni Buddha and Father of Chinese Chahn Buddhism which was later adopted by the Japanese and evolved into Zen. Masters of Chi Kung are able to raise, control, and direct personal and universal life force and use this subtle energy to open specific energy channels within the body and aura. Reiki and Chi Kung. Hxni. SGIBUDDHISM. 17 of the Rarest Friedrich Nietzsche Quotes That Will Make You Question Everything.

Friedrich Wilhelm Nietzsche was a German philosopher, cultural critic, poet, and Latin and Greek scholar whose work has exerted a profound influence on Western philosophy and modern intellectual history. 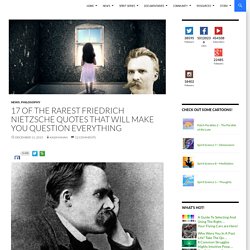 He is also one of the most misinterpreted men that the world has ever seen. He was a fiery man who had a somewhat tenacious will to question all orthodox beliefs and institutions. Without the proper context, it is easy to both misinterpret understand the full meaning and significance of his words. Deep Questions - Philosophy and Psychology. Here's some interesting, and random, questions to mull over. 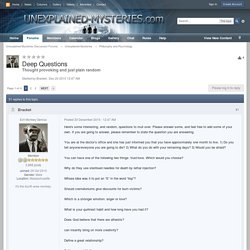 Please answer some, and feel free to add some of your own. If you are going to answer, please remember to state the question you are answering. Why Are Religious People (Generally) Less Intelligent? 6 Differences Between Religion and Spirituality. Deepak Chopra — ‘Religion is belief in someone else’s experience. Spirituality is having your own experience’ By Kasim Khan Telling people you are spiritual but not religious is often greeted with a confused face. Does Religion Really Cause War - And Do Atheists Have Something To Answer For? Throughout November, The Huffington Post UK is featuring its Beyond Belief series, chronicling the remarkable lives of Britons who've taken on their faith to create a force for change. It is the most common comeback from atheists to people of faith: religion is the main cause of wars.

Without faith, many say, there would have been no 9/11 attacks, no Israeli-Palestinian conflict, no Troubles in Northern Ireland, no violent disputes over words in holy texts - even no Islamic State. Richard Dawkins, Britain’s best-known atheist, has argued that religion has been the main cause of violence and war throughout history. Why can’t the world’s greatest minds solve the mystery of consciousness?

The ways that we ruin things for ourselves. FANAA or EGO DEATH ( (fana fi 'Allah') & BAYAZID BISTAMI. Here Is What LGBT Muslims Want You To Know After The Orlando Shooting. Five myths about sharia. Why Islam doesn’t need a reformation. In recent months, cliched calls for reform of Islam, a 1,400-year-old faith, have intensified. “We need a Muslim reformation,” announced Newsweek. The Sexual Misery of the Arab World. Photo. The Perfumed Garden. The Perfumed Garden of Sensual Delight (Arabic: الروض العاطر في نزهة الخاطر‎ Al-rawḍ al-ʿāṭir fī nuzhaẗ al-ḫāṭir) by Muḥammad ibn Muḥammad al-Nafzawi is a fifteenth-century Arabic sex manual and work of erotic literature. The book presents opinions on what qualities men and women should have to be attractive, gives advice on sexual technique, warnings about sexual health, and recipes to remedy sexual maladies.

It gives lists of names for the penis and vagina, has a section on the interpretation of dreams, and briefly describes sex among animals. Islamic Feminism and Heterosexual Dogma by Vanessa Rivera de la Fuente. Sufism, Islam and the Lower Self by Steward Bitoff. Mughal Emperor Akbar shows deference to Sufi saint Sheikh Salim Chishti, Bikaner, cc late 18th - early 19th century. Le Jardin - You can’t keep dancing with the devil and ask why... Untitled. My Journey from Salafi to Sufi (Coming out)…. Part 1. Who or what is a Salafi and is their approach valid? Quran Tafsir Ibn Kathir - Home. Interpreting the meaning of Islamic ritual - The spiritual significance of ritual prayer according to al-Hakīm al-Tirmidhī (d. 279/892) and Ahmad Ibn ‘Ajība (d. 1224/1809)