True Wealth: How and Why Millions of Americans Are Creating a Time-Rich, Ecologically Light, Small-Scale, High-Satisfaction Economy by Juliet B. Schor. The Course of Love by Alain de Botton, 9780241145470. Buy this book online. Russell Brand's recommended reads. TJ Winter Booklist. About the book. About the siteAbout the monkAbout the book As of March 2015, the Halal Monk book is available both as paperback and ebook. 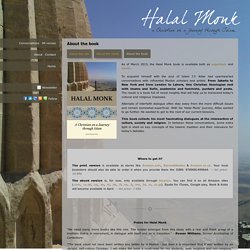 To acquaint himself with the soul of Islam J.Y. Atlas had openhearted conversations with influential Muslim scholars and artists. From Jakarta to New York and from London to Lahore, this Christian theologian met with imams and Sufis, academics and feminists, punkers and poets. The result is a book full of novel insights that will help us to transcend today's cultural and religious impasses. Attempts of interfaith dialogue often stay away from the more difficult issues and remain somewhat superficial. This book collects his most fascinating dialogues at the intersection of culture, society and religion. Where to get it? The print version is available at stores like Amazon.com, Barnes&Nobles & Amazon.co.uk. The ebook version is, for now, only available through Amazon. Pollsorb.pdf. Review: Brewer's Rogues, Villains, Eccentrics by William Donaldson. Brewer's Rogues, Villains, Eccentrics: An A-Z of Roguish Britons Through the Ages by William Donaldson 659pp, Cassell, £20 Queuing, home ownership, evangelical Christianity, team games, hypocrisy, long walks in the rain, punk rock, boy scouts, the royal household, buying biographies, gardening, the common law, train-spotting, the pub: the character-building feats of English self-definition (which includes compiling lists thereof) may be endless but there is one category that subsumes and explains all the others. 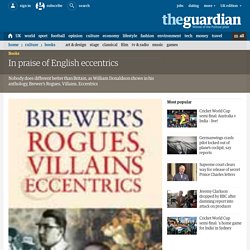 The English are meant to be eccentric. Brewer's Dictionary of Phrase & Fable. When You Kill Ten Million Africans You Aren't Called 'Hitler' Take a look at this picture. 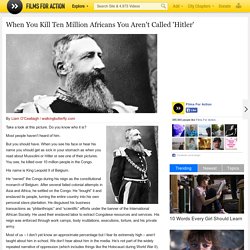 Do you know who it is? Most people haven’t heard of him. But you should have. When you see his face or hear his name you should get as sick in your stomach as when you read about Mussolini or Hitler or see one of their pictures. My Journey from Salafism to Sufism, Part Four… Continued from Part Three. 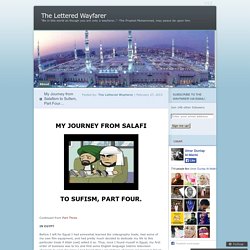 Before I left for Egypt I had somewhat learned the videography trade, had some of my own film equipment, and had pretty much decided to dedicate my life to this particular trade if Allah (swt) willed it so. Thus, once I found myself in Egypt, my first order of business was to try and find some English language Islamic television channels to work for since I had heard that a lot of these channels are based in Egypt. I googled a few, emailed some on a longshot mentioning my qualifications, and actually ended up getting a response from one. This particular channel is still up and running today, and featured many of the VERY well known Salafist scholars, preachers and da’ea. For the first few months everything was business as usual, and I didn’t have much to complain about. 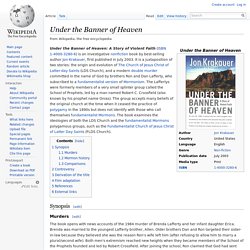 It is a juxtaposition of two stories: the origin and evolution of The Church of Jesus Christ of Latter-day Saints (LDS Church), and a modern double murder committed in the name of God by brothers Ron and Dan Lafferty, who subscribed to a fundamentalist version of Mormonism. The Laffertys were formerly members of a very small splinter group called the School of Prophets, led by a man named Robert C.

Crossfield (also known by his prophet name Onias). The group accepts many beliefs of the original church at the time when it ceased the practice of polygamy in the 1890s but does not identify with those who call themselves fundamentalist Mormons. Synopsis[edit] Murders[edit] The murders were particularly cruel, with Dan claiming that he slit the victims' throats. Mormon history[edit] Comparisons[edit] Controversy[edit]

Reading Ardor. Final thoughts, continued… G captures the plot and feel of Ada rather elegantly, so rather than attempt my own summary that will likely sag in all the wrong places, I’ll let his stand. 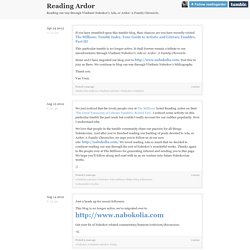 Now for my last thoughts before we close off Reading Ardor. There’s something humbling about a novel that doesn’t make it easy, that considers lazy reading a serious character flaw, and lazy readers a waste of epidermis. Ada, or Ardor is that novel. It expects you to pay attention and will cheerfully piss on you if you don’t. Ada took me on an exhausting emotional journey, specifically because of this thing Nabokov does. The Bullsh*t Artist: Learn to Bluff, Dupe, Charm, and BS with the Best of ‘Em. The Science of Supervillains: Lois H. Gresh, Robert Weinberg. Supervillains and Philosophy (Popular Culture and Philosophy) (9780812696691): Ben Dyer.

The Art of Cheating: A Nasty Little Book for Tricky Little Schemers and Their Hapless Victims (9781416549130): Jessica Dorfman Jones. Starra Neely Blade. Interpreting the meaning of Islamic ritual - The spiritual significance of ritual prayer according to al-Hakīm al-Tirmidhī (d. 279/892) and Ahmad Ibn ‘Ajība (d. 1224/1809) Sacred Mosque, and wherever you are turn your faces towards it. 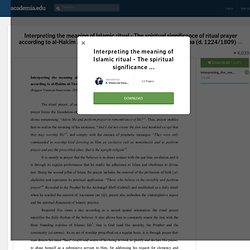 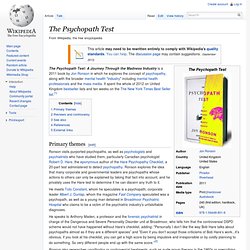 It spent the whole of 2012 on United Kingdom bestseller lists and ten weeks on the The New York Times Best Seller list.[1] Primary themes[edit] Ronson visits purported psychopaths, as well as psychologists and psychiatrists who have studied them, particularly Canadian psychologist Robert D. Hare, the eponymous author of the Hare Psychopathy Checklist, a 20‑part test administered to detect psychopathy. Ronson explores the idea that many corporate and governmental leaders are psychopaths whose actions to others can only be explained by taking that fact into account, and he privately uses the Hare test to determine if he can discern any truth to it.

The Asylum for Wayward Victorian Girls by Emilie Autumn. Irvine Welsh Official Website. The trouble with people like him is that they think that they can brush off people like me. 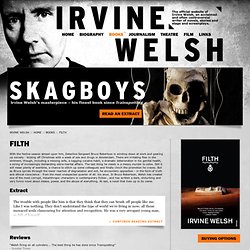 Like I was nothing. They don't understand the type of world we're living in now; all those menaced souls clamouring for attention and recognition. He was a very arrogant young man, so full of himself. No longer. Flipnosis - The Art of Split-Second Persuasion by Kevin Dutton. Aldous Huxley: The Ultimate Revolution. Cult Fiction - Top 10 List - Top Ten List - Top 10 Existential Novels - Fight... Top 10 Existential Novels #10 - FIGHT CLUB [1996] Chuck Palahniuk "It's easy to cry when you realize that everyone you love will reject you or die. 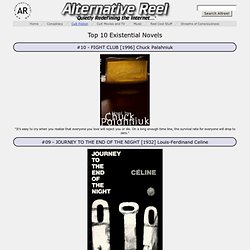