The best 100 films of the 21st century, according to 177 film critics around ... Is David Lynch’s unsettling, hallucinatory meditation on Hollywood culture, Mulholland Drive (2001), really the best film of this century so far? 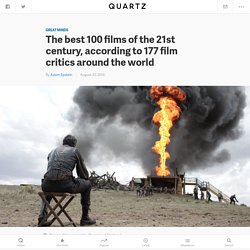 According to 177 of the world’s foremost movie experts, yes. Yes it is. BBC Culture surveyed film critics, academics, and curators from 36 countries across every continent (except Antarctica) to compile an international list of the top 100 films released since the year 2000. Atop the list is Lynch’s surreal noir, followed by Wong Kar-wai’s In the Mood for Love (2000), Paul Thomas Anderson’s There Will Be Blood (2007, pictured above), and Hayao Miyazaki’s Spirited Away (2001). Richard Linklater’s Boyhood (2014) rounds out the top five.

Almost half the critics were American, and two-thirds were men. The top 100 films are in 20 different languages, but more than half (57) are in English. Small and independent arthouse movies made a strong showing. Frank Ocean’s 100 Favorite Films: ‘Blue Velvet,’ ‘Solaris’ and More. FilmMagic Frank Ocean: musician, visual-album releaser, list-making cinephile. 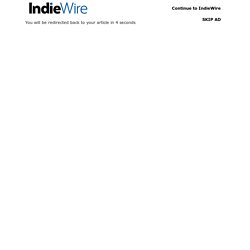 Following on the heels of his latest album finally being made available to the eager public, Ocean has revealed his 100 favorite films. Originally posted on Genius, which has a breakdown of how movies like “The Little Mermaid” and “Eyes Wide Shut” made their way into his lyrics (“I’m feeling like Stanley Kubrick, this is some visionary shit/Been tryna film pleasure with my eyes wide shut but it keeps on moving”), the list contains a mix of familiar favorites (“Annie Hall,” “The Royal Tenenbaums”) and comparatively obscure arthouse fare (“Woyzeck,” “Sonatine”).

Avail yourself of all 100 below. “Un Chien Andalou” Literally every actor you know is in the new Roots. Back in 1977, a groundbreaking miniseries called Roots brought the story of US slavery to vivid life amid an explosion of famous actors in small parts. 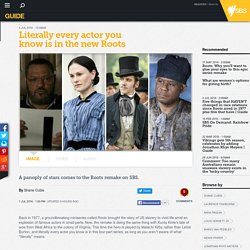 Now, the remake is doing the same thing with Kunta Kinte’s tale of woe from West Africa to the colony of Virginia. This time the hero is played by Malachi Kirby rather than LeVar Burton, and literally every actor you know is in this four-part series, as long as you aren’t aware of what “literally” means. Laurence Fishburne - Alex Haley. Turkish Film by Deniz Gamze Ergüven. A new film about growing up female in an increasingly conservative Turkey sheds light on the everyday rebellions in all women’s lives. 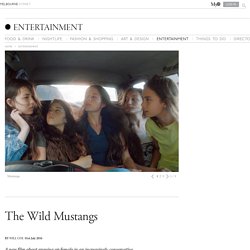 A remote Turkish village on the shores of the Black Sea, the beginning of summer. At the end of the last day of school, five sisters decide not to go home straight away. They muck around with some boys for a bit first. When they finally get home they’ve sparked a minor scandal. Their grandmother and uncle, infuriated at the shame the girls have brought to the family, punish them harshly. “It starts from a very early age,” says Mustang’s director Deniz Gamze Ergüven. The above scene opens Ergüven’s film, a bold and taut drama about control, independence and growing up as a woman in an increasingly puritan society.

SBS Australia. How to win The Game of Thrones. “History is written in blood,” the fantasy writer George R.R. 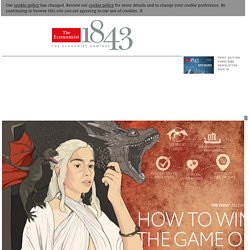 Martin told Rolling Stone in 2014. “The kings, the princes, the generals and the whores, and all the betrayals and wars and confidences: it’s better than 90% of what the fantasists make up.” But Martin’s saga, “A Song of Ice and Fire” (on which the HBO television series “Game of Thrones” is based) doesn’t feel like fantasy. Sure, his world has magic and dragons, but his kings, princes, generals and whores behave like they do in the history books.

Like their real-world counterparts, they are forever forging alliances, plotting coups and scheming to take the greatest prize in all the land, the Iron Throne of Westeros. Although Martin still has two more books to complete, the TV show is currently setting up its end-game. Queen Daenerys’s strategic assetsThe Dothraki A large contingent of nomadic horsemen (numbering at least 40,000) with proven cavalry fighting experience. Lannister. #ProjectSeizeIronThrone. Hans Zimmer Revealed - The Documentary. 15 Incredibly Important Game of Thrones Infographics. Game of Thrones is super complicated. 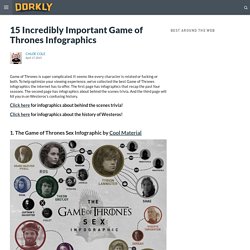 It seems like every character is related or fucking or both.

At Home With Tone. Life at 9. MoreEven more from Google Sign in Screen-reader users, click here to turn off Google Instant. 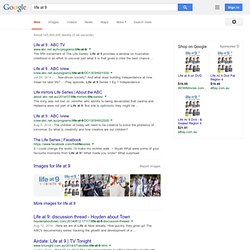 Web Images Videos News Maps More Shopping Books Apps Search tools Any country Any time All results Search near… 20 unbelievable places from Game of Thrones which actually exist. Every year, one of the most popular TV shows of modern times gathers more and more fans. 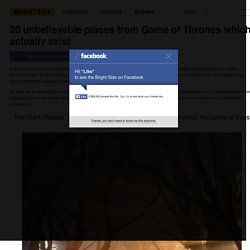 The intrigue and plotting found in Game of Thrones seem to have struck a chord with literally millions of people around the world. Every time one season ends, these people can barely control their impatience while waiting for the next.