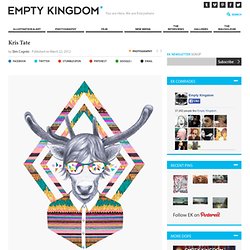 Her psychedelic indie surrealist work has been featured Madrid, Argentina, UK and Guatemala as well as your nearest Urban Outfitter’s rack. Daniel Kornrumpf. By emptykingdom December 22, 2015 Hi all you lovely people, our shop is finally live! 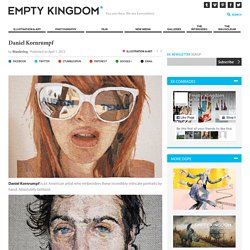 Please feel free to peruse our brand new shop and drop us a line with any questions, comments, or suggestions. We will be constantly updating it and adding more pieces into it. View More… Spunky Zoe Gets Spunkier. Spunky Zoe was featured back in October 2011, landing him a spot on our EK TOP 100 of 2011. 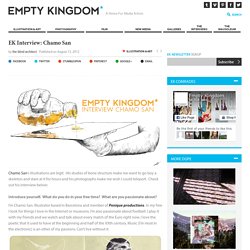 His studies of bone structure make me want to go buy a skeleton and stare at it for hours and his photographs make me wish I could teleport. Check out his interview below:Introduce yourself. What do you do in your free time? What are you passionate about? I’m Chamo San. Yanni Floros Revisited. Yanni Floros is an Australian artist based in Adelaide. 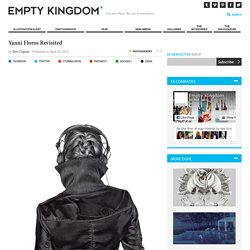 He was feature previously by Okmarzo in 2011 for his stupendous hyper-realist gun illustrations but i just could resist posting his incredible portraits as well. yannifloros.com. John Ryan Solis. EK Shop: Submissions Open! 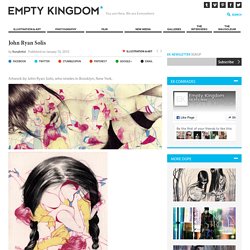 By emptykingdom December 16, 2015 Hey hey! Calling all Artists! Whether you're an up-and-comer looking for a break or an already established artist looking to increase your audience, we are officially opening up submissions for artists to contribute to our forthcoming shop! View More… Chamo San. EK Interview: Kristian Evju by the blind architect December 18, 2015. 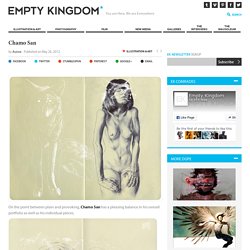 Sir Mike of Mitchell. Shohei Otomo in B/W. Jeff Soto Part Two… with a Vengeance! Street artist/painter/digital artist extraordinaire Jeff Soto , was featured on EK back October, 2010 . He’s been working on some sick art for some of my favorite bands along with some splendidly complex personal pieces. His work covers a range of styles and media that somehow stay signature and never fall short of creativity. Pinup Girls with Original Photographs. The nostalgic era of the beautiful pin up girls are revisited with the original photographs. 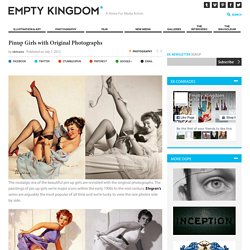 The paintings of pin up girls we’re major icons within the early 1900s to the mid century. Elvgren’s series are arguably the most popular of all time and we’re lucky to view the rare photos side by side. Reference: Brandi Milne Returns. Featured previously back in December 2010, Brandi Milne creates acrylic on wood panel pieces. 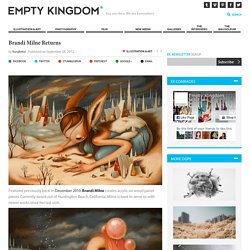 Currently based out of Huntington Beach, California, Milne is back to serve us with newer works since her last visit. Posted in: Featured, Fine Art, Illustration, Illustration & Art, Mixed Media, PaintingTags: acrylic, Brandi Milne, Fine Art, Illustration, ink, Painting, wood, wood panel. Marjolein Caljouw. Marjolein Caljouw is a full-time illustrator and artist hailing from the Netherlands, who is able to produce some beautifully empyreal drawings and paintings. Her use of paleness in juxtaposition with the warming pastel colours drew me into her work, which is usually the very same sort of quality that deters me, seeing as I’m very often and quite easily drawn to dark pieces of art, but maybe because I adore such beautiful depictions of the female form, and Marjolein’s work provides a sustenance for that adoration, I can bear, and even marvel at the colour choices she makes.

Anton Vill’s sketchbook. The beautifully intricate and marvelously imaginative work of Estonia based illustrator Anton Vill . João Ruas aka FERAL KID. João Ruas (FERAL KID) is one of our staff favorites since first sharing his work in April 2010, and then again about a year ago in February 2012. 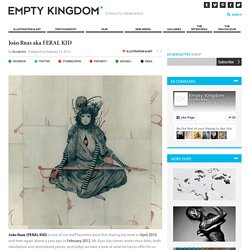 Mr. Ruas has newer works since then, both standalone and sketchbook pieces, and today we take a look at what he has to offer for us art-fiends. Erik Jones Revisit. Erik Jones ‘s sexy, colorful and versatile collection, which ranges from traditional paint to digital art, was first featured on July 2011 . Here is another visit into the wonderful place where symmetry and surrealism collide harmoniously. Nico Delort. Graszka Paulska. Dwight Hwang. Dwight Hwang is an artist based out of Mission Viejo, CA who lived in Japan for many years specializing in traditional Japanese Art of Gyotaku. All of his original prints are done in the ‘direct’ style in which sumi ink is brushed directly onto the fish and then covered in calligraphy rice paper. Sandra Chevrier. Ed Fairburn. David Michael Bowers. James Jean is back! James Jean is pretty much an EK veteran at this point. He mixes abstract with realism into a melting pot of beauty and complexity. Obviously, we can’t get enough.