If little crumbs fall down your trachea what happens to them? : askscience. Facts Summary History. Exercise for weight loss: Calories burned in 1 hour. Being active is an important part of any weight-loss or weight-maintenance program. 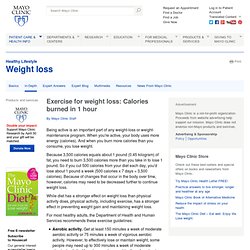 When you're active, your body uses more energy (calories). And when you burn more calories than you consume, you lose weight. Because 3,500 calories equals about 1 pound (0.45 kilogram) of fat, you need to burn 3,500 calories more than you take in to lose 1 pound. So if you cut 500 calories from your diet each day, you'd lose about 1 pound a week (500 calories x 7 days = 3,500 calories). Because of changes that occur in the body over time, however, calories may need to be decreased further to continue weight loss. Web.utk.edu/~ehss/training/has.pdf. What is Colloidal? Basic Info on Colloidal Materials – Past & Present. The History of Herodotus by Herodotus. Index of /ari. Advancing excellence in the chemical sciences. Index. My window is too large and wider than my screen. How to I resize it back?

Plato's dialogues - the tetralogies (table version) Podcasts. The Periodic Table of Videos - University of Nottingham. Covalent radius. The covalent radius, rcov, is a measure of the size of an atom that forms part of one covalent bond. 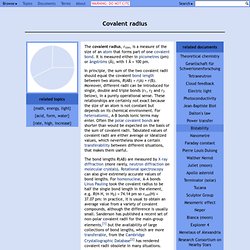 It is measured either in picometres (pm) or ångströms (Å), with 1 Å = 100 pm. Phase Changes. The Suffolk System - The Region. A strong pattern among banks in four states doesn’t prove a theory, of course. 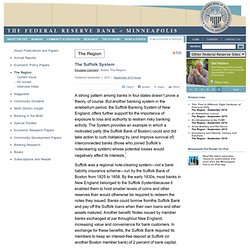 But another banking system in the antebellum period, the Suffolk Banking System of New England, offers further support for the importance of exposure to loss and authority to restrain risky banking activity. The System provides an example in which a motivated party (the Suffolk Bank of Boston) could and did take action to curb risktaking by (and improve survival of) interconnected banks (those who joined Suffolk’s noteclearing system) whose potential losses would negatively affect its interests. . * Life without the Fed: The Suffolk System - C.J. Maloney. Suppose for a moment that Republican Congressman Ron Paul's fondest wish came true, and the Federal Reserve Bank was not only audited but closed down. 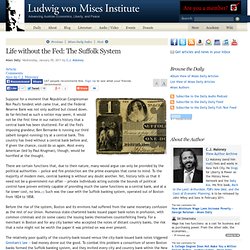 As far-fetched as such a notion may seem, it would not be the first time in our nation's history that a central bank has been shuttered. For all the Fed's imposing grandeur, Ben Bernanke is running our third (albeit longest-running) try at a central bank. This country has lived without a central bank before and, if given the chance, could do so again. Most every American (led by Paul Krugman), though, would be horrified at the thought. 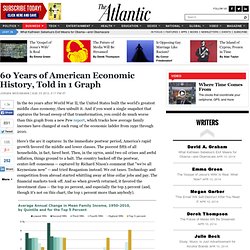 And if you want a single snapshot that captures the broad sweep of that transformation, you could do much worse than this graph from a new Pew report, which tracks how average family incomes have changed at each rung of the economic ladder from 1950 through 2010. Here's the arc it captures: In the immediate postwar period, America's rapid growth favored the middle and lower classes. The Role of Decoherence in Quantum Mechanics. First published Mon Nov 3, 2003; substantive revision Mon Apr 16, 2012. 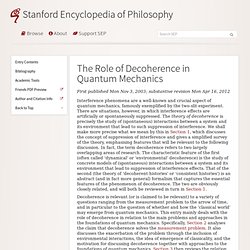 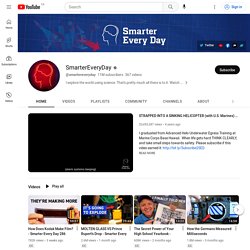 Veritasium. One World - Nations Online - The Nations Online Project, a World Guide™ Bigthink. There are only two events in the universe that defy the laws of physics: black holes and the big bang, and while scientists try to explain them, crucial evidence may be eaten up in the meantime. 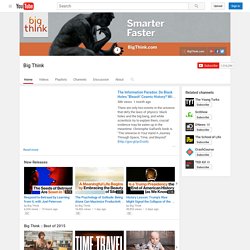 Christophe Galfard's book is "The Universe in Your Hand A Journey Through Space, Time, and Beyond" ( Read more at BigThink.com: Follow Big Think here:YouTube: Transcript - The interesting thing about trying to unravel the laws of nature is that yes, we have found some laws. We understand gravity to some extent. For a long time gravity has told us that nothing can escape the gravitational grip of a black hole. And everything we had known about black holes until the mid-1970s was only related to gravity. Internet Encyclopedia of Philosophy. Internet Archive: Digital Library of Free Books, Movies, Music & Wayback Machine.