North Korea's Air Koryo: Why You Should Fly With the World's Worst Airline. Change is in the air in North Korea. 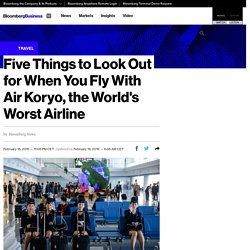 After years of being ranked by Skytrax as the world's worst airline, national carrier Air Koryo is undergoing a revolution, according to interviews with passengers and travel agents. New planes, new in-flight entertainment options, smart new uniforms for the cabin attendants, even business class. It's all part of supreme leader Kim Jong Un's effort to boost tourist numbers 20-fold to 2 million by 2020 and supplement the nation's meager foreign exchange. Walesa Legend Now a Spy Story as History Is Rewritten in Warsaw. In the new Poland, yesterday’s heroes are being turned into today’s villains. 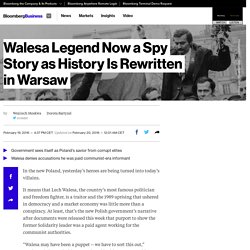 It means that Lech Walesa, the country’s most famous politician and freedom fighter, is a traitor and the 1989 uprising that ushered in democracy and a market economy was little more than a conspiracy. At least, that’s the new Polish government’s narrative after documents were released this week that purport to show the former Solidarity leader was a paid agent working for the communist authorities. “Walesa may have been a puppet -- we have to sort this out,” Foreign Minister Witold Waszczykowski told TVN24 on Friday.

“This casts a shadow over the creation of an independent Poland and its political elites.” The government in Warsaw has spent its less than four months in power on a collision course with adversaries in the European Union, the nation’s banks and even credit rating agencies. Direct Hit. North Korea's Air Koryo: Why You Should Fly With the World's Worst Airline. A McDonald’s Foodie Dishes on Chain’s Foreign Fare. SINGAPORE—When James McGowan walked into a McDonald’s Corp. 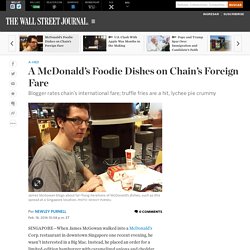 MCD -1.24 % restaurant in downtown Singapore one recent evening, he wasn’t interested in a Big Mac. Instead, he placed an order for a limited-edition hamburger with caramelized onions and cheddar cheese, truffle-flavored french fries and a special red velvet McFlurry frozen drink. On a scale of one to five, “I’ll probably give a 3 for the burger,” said Mr. McGowan, noting that it lacked sufficient onions. “The fries are better than I expected. Mr. Along the way, a band of enthusiastic burger fans, mainly from the U.S., has been gobbling up Mr. Is there a serious problem with coffee capsules? Image copyright iStock The German city of Hamburg has banned coffee pods from state-run buildings as part of an environmental drive to reduce waste. 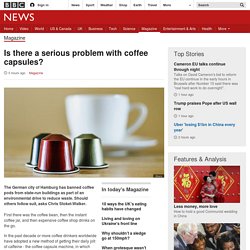 Should others follow suit, asks Chris Stokel-Walker. First there was the coffee bean, then the instant coffee jar, and then expensive coffee shop drinks on the go. In the past decade or more coffee drinkers worldwide have adopted a new method of getting their daily jolt of caffeine - the coffee capsule machine, in which small plastic or aluminium pods capped with foil or filter paper containing coffee grounds are put into a machine that fills a cup quickly with palatable coffee. But increasingly the single-serving coffee pods, which Nespresso first sold in 1986 in four flavours, are attracting critics who say they are an environmental menace. As part of a guide to green procurement, the German city of Hamburg last month introduced a ban on buying "certain polluting products or product components" with council money. Image copyright Getty Images. This $1.4 Trillion Investor Says Wild Markets Are Here to Stay. Strap in for more volatility in markets as the global economy slows and central banks dabble in the dangerous world of negative interest rates, says $1.4 trillion money manager Capital Group Cos. 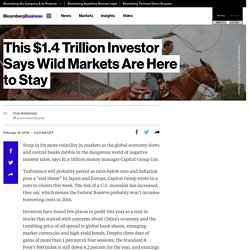 Turbulence will probably persist as rates below zero and deflation pose a “real threat” in Japan and Europe, Capital Group wrote in a note to clients this week. The risk of a U.S. recession has increased, they say, which means the Federal Reserve probably won’t increase borrowing costs in 2016. Investors have found few places to profit this year as a rout in stocks that started with concerns about China’s economy and the tumbling price of oil spread to global bank shares, emerging-market currencies and high-yield bonds. Despite three days of gains of more than 1 percent in four sessions, the Standard & Poor’s 500 Index is still down 6.2 percent for the year, and earnings by its companies are set to drop for a third quarter. The Most Important Apple Executive You’ve Never Heard Of. A visit with Cupertino’s chief chipmaker, Johny Srouji. 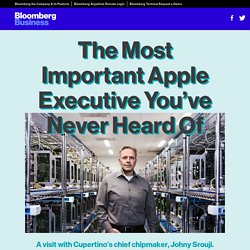 By Brad Stone, Adam Satariano, and Gwen Ackerman | February 18, 2016 Photographs by Justin Kaneps for Bloomberg Businessweek From A little over a year ago, Apple had a problem: The iPad Pro was behind schedule. Elements of the hardware, software, and accompanying stylus weren’t going to be ready for a release in the spring. Srouji is the senior vice president for hardware technologies at Apple. Should you use cash, debit, or credit? Oil is now so cheap even pirates aren’t stealing it any more. Famous novels, broken down by punctuation. When most people read novels, they probably aren't thinking much about how many commas or quotation marks each sentence contains. 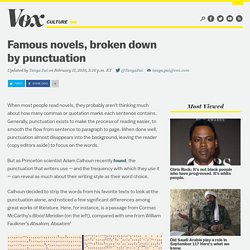 Generally, punctuation exists to make the process of reading easier, to smooth the flow from sentence to paragraph to page. When done well, punctuation almost disappears into the background, leaving the reader (copy editors aside) to focus on the words. Forbes Welcome. Thanks for coming to Forbes. 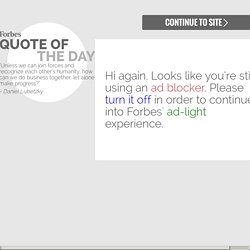 Please turn off your ad blocker in order to continue. To thank you for doing so, we’re happy to present you with an ad-light experience. Hi again. Uk.businessinsider. Forbes Welcome. Thanks for coming to Forbes. 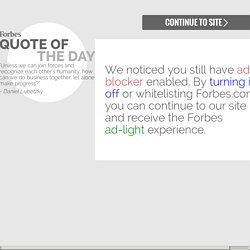 Please turn off your ad blocker in order to continue. To thank you for doing so, we’re happy to present you with an ad-light experience. Hi again.