সর্ষের মধ্যেও ভূত! তাহলে নারী কোথায় নিরাপদ? Beyond LBA: Expectations, challenges. Bangladesh’s border is set to lose much of its peculiarity with India’s passage of a bill that ratified a 1974 land boundary deal between the two neighbours paving the way for rehabilitation and resettlement of the inhabitants. 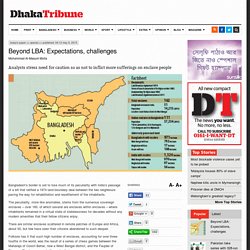 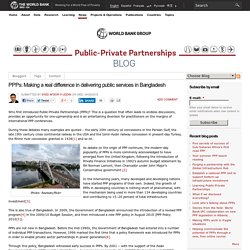 This is a question that often leads to endless discussions, provides an opportunity for one-upmanship and is an entertaining diversion for practitioners on the margins of international PPP conferences. During these debates many examples are quoted – the early 20th century oil concessions in the Persian Gulf, the late 19th century cross continental railway in the USA and the İzmir-Aydın railway concession in present-day Turkey, the Rhine river concession granted in 1438[1] and so on. As debate on the origin of PPP continues, the modern-day popularity of PPPs is more commonly acknowledged to have emerged from the United Kingdom, following the introduction of Private Finance Initiatives in 1992’s autumn budget statement by RH Norman Lamont, then Chancellor under John Major’s Conservative government.[2] In the intervening years, many developed and developing nations have started PPP programs of their own. The DHS Program sur Twitter : "37% of births in #Bangladesh are delivered in a health facility. #BDHS @USAID_BD.

Feni arson victim dies. Bangladesh spoils World Cup debut for Afghanistan. Proposal to reduce Bangladesh marriageable age. Passport offices in all districts in a month. The government plans to set up passport offices in all 64 districts by the next month in order to reduce the hassle in getting machine readable passports, said a Home Ministry official at a meeting with the Parliamentary Standing Committee of Government Assurances in Jatiya Sangsad yesterday. 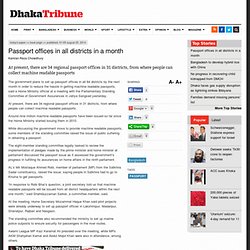 100-passengers-feared-dead-after-ferry-capsizes-in-bangladesh. Photo DHAKA, Bangladesh — A ferry overloaded with more than 200 passengers sank while crossing a river in central Bangladesh on Monday morning, and despite rescue efforts by naval forces and fire brigades, at least half the passengers were missing and presumed dead, officials said. 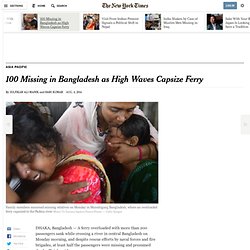 The ferry, which was making the roughly two-hour journey to the Padma River port of Mawa, was hit by high waves and capsized in the strong current, Samsuddoha Khondaker, the chairman of the Bangladesh Inland Water Transport Authority, said in a telephone interview. Thousands of family members and other villagers had gathered on the riverbank at the ferry’s destination, some screaming and crying, as they waited for news of survivors. Hamidur Rahman Siddique, an intelligence officer in the Munshiganj district, said that as many as 300 passengers might have been onboard the ferry when it sank. Mr. PRONOY & PROKASH. How Not to use Google+ Have you noticed some people on Google+ doing the same annoying thing, over and over? 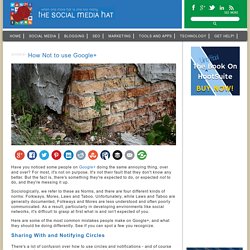 For most, it's not on purpose. It's not their fault that they don't know any better. But the fact is, there's something they're expected to do, or expected not to do, and they're messing it up. Women Who Eat On Tubes: Transport for London urges commuters featured in Facebook group to call police. A Facebook group which uploads pictures of women eating on the Tube is facing a barrage of complaints. 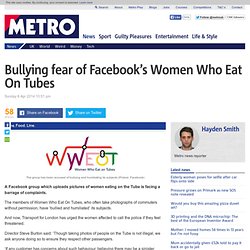 The members of Women Who Eat On Tubes, who often take photographs of commuters without permission, have ‘bullied and humiliated’ its subjects. And now, Transport for London has urged the women affected to call the police if they feel threatened. Director Steve Burton said: ‘Though taking photos of people on the Tube is not illegal, we ask anyone doing so to ensure they respect other passengers. Beesandbombs: stars / squares. Imgfave - amazing and inspiring images. Beginning in Photography: Understanding the Light.

Understanding how different lighting affects an image is half the work of creating better photos. 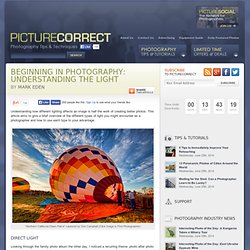 This article aims to give a brief overview of the different types of light you might encounter as a photographer and how to use each type to your advantage. “Northern California Dawn Patrol” captured by Don Campbell (Click Image to Find Photographer) Direct light Looking through the family photo album the other day, I noticed a recurring theme: photo after photo of us squinting into the sun, looking like ghosts with our flat, white faces and dark holes where our eyes should have been. This is one of the most common mistakes people make when taking photos in direct sunlight. If you are shooting a portrait, you force your subject to look directly into the sun.

LEFT BEHIND captured by Greysha rex (Click Image to Find Photographer) This kind of light does have its advantages, especially early in the morning and late in the afternoon when the sun is low in the sky. Diffused light. Via Tumblr. Selena Gomez Fires Manager Parents, Justin Bieber Unfairly Blamed? Selena Gomez is no longer managed by her parents, who have been the starlet’s managers since her Wizards of Waverly Place Disney days. 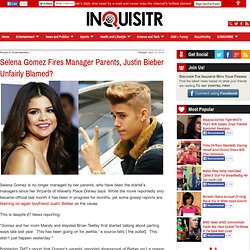 While the move reportedly only became official last month it has been in progress for months, yet some gossip reports are blaming on-again boyfriend Justin Bieber as the cause. This is despite E! News reporting: Queen and Michael D Higgins celebrate Northern Ireland contribution. 10 April 2014Last updated at 16:14 ET The Queen shook hands with Sinn Féin's Martin McGuinness and other politicians from Northern Ireland at Thursday's reception in Windsor Castle The Queen and Irish President Michael D Higgins have hosted a Northern Ireland-themed reception at Windsor Castle. 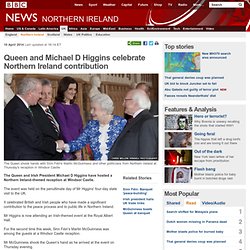 The event was held on the penultimate day of Mr Higgins' four-day state visit to the UK. It celebrated British and Irish people who have made a significant contribution to the peace process and to public life in Northern Ireland. Mr Higgins is now attending an Irish-themed event at the Royal Albert Hall. Chadwys: The Lulu & Co. autumn/winter 2014-15. Mashable. We returned to our Mashable Photo Challenge Guest Series this week with 24-year-old freelance photographer Chris Cody. 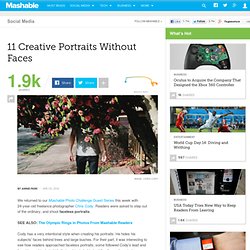 Readers were asked to step out of the ordinary, and shoot faceless portraits. Cody has a very intentional style when creating his portraits: He hides his subjects' faces behind trees and large bushes. For their part, it was interesting to see how readers approached faceless portraits; some followed Cody's lead and found large objects to hide their subjects behind, while others attempted backward portraits and faceless jumpstagrams. Sheryl Sandberg: only female business leaders get asked if they have nannies. Tinder Impostors – Story of My Stolen Identity. My name is Kristin Shotwell and my identity has been stolen… on Tinder. Let me give you the story… I was walking back from class and one of my friends stops me and says, “Oh my gosh, Kristin I have the funniest story to tell you!”

Thoughts of what the hilarious story could actually be are running through my head as I curiously wait to hear what is about to ensue. “So, my friends and I were in Athens this weekend and we were on Tinder just messing around and a girl named Kim with all of your pictures showed up! Katherine Schwarzenegger's Not Following Dad Arnold Schwarzenegger Into Politics. MIAMI, FL - NOVEMBER 16: Katherine Schwarzenegger attends the Best Buddies Bash Featuring Far East Movement and … Katherine Schwarzenegger may have two famous and successful parents (Maria Shriver and Arnold Schwarzenegger), but the recent University of Southern California graduate admits that life after college isn't an easy transition for anyone. Listen: Love Dominique - "Tonight" USPTO shatters Google's attempt to trademark 'Glass'